The Honda Prize 2021
Awarded to Dr. Alim Louis Benabid, Professor Emeritus of Joseph Fourier University and Chairman of the Board of Clinatec

The Honda Foundation, the public interest incorporated foundation established by Soichiro Honda and his younger brother Benjiro and currently led by President Hiroto Ishida, is pleased to announce that the Honda Prize 2021 will be awarded to Dr. Alim Louis Benabid, Professor Emeritus of Joseph Fourier University and Chairman of the Board of Clinatec*1, for his contribution to pioneering research and practical application of deep brain stimulation (DBS)*2 to the treatment of involuntary movement caused by progressive Parkinson’s disease*3.

The Honda Prize, established in 1980 and awarded once each year, is an international award that recognizes the work of individuals or groups generating new knowledge to drive the next generation, from the standpoint of ecotechnology*4. Dr. Benabid was the first to make use of DBS for the treatment of involuntary movement caused by progressive Parkinson’s disease and other neurological disorders and to succeed in its practical application. DBS is a surgical procedure in which electrodes are implanted in the subthalamic nucleus in the brain. Stimulation by high-frequency electric current from the electrodes reduces tremors and restores the motor function of Parkinson’s disease patients. Recognition of its effectiveness in clinical studies led to the dissemination of DBS worldwide, with more than 150,000 patients undergoing this procedure to date.

If involuntary tremors cannot be controlled with drug therapy considered best suited to treat Parkinson’s disease, a surgical procedure known as thalamotomy was commonly performed to destroy a tiny portion of the brain. On the other hand, DBS is a reversible procedure in which the implanted electrodes can not only be removed but also adjusted to fine-tune the strength of the current. DBS can be used not only to treat Parkinson’s but also for dystonia and other motor disorders, and contributes to improving the quality of life of many, including restoring the ability to stand alone, for example. The Prize will be awarded to Dr. Benabid for this innovative treatment method, which is worthy of the highest recognition.

This year, the presentation ceremony for the 42nd Honda Prize will be held on November 17, 2021. The medal and certification, along with an honorarium of 10 million yen, will be presented to Dr. Benabid.

Thalamotomy was developed in 1947 as a surgical procedure for treating Parkinson’s disease. This procedure, aimed at thermally destroying nerve cells in a tiny portion of the brain (either the thalamus or palladium) that had been activated by the disease, was commonly practiced in the 1950s through 1960s. Although the number of surgeries declined with the development of drugs (L-dopa) that compensate for the drop in dopamine levels, there were side effects and problems of medication over a long period of time (once started, continuing for a lifetime for a majority of cases), drawing renewed interest in surgical procedures.

Because the existing procedure, which aimed at thermal destruction of the target, was irreversible, Dr. Benabid explored safer and more effective treatment methods since 1980s. In the procedure to burn a target in the brain with heat, electrical stimulation was used to predict the effect of the surgery. Dr. Benabid placed electrodes around the target site and stimulated them at the physiological frequency range of 20-50 Hz. While observing the movements of the patient during simulation, he noticed that electrical stimulation stopped tremors at high frequency around 130 Hz. He proceeded to conduct tests from very low frequencies of 1, 5 and 10 Hz to up to 100 Hz and found that effects similar to the existing surgical procedure could be achieved at 130 Hz without destroying the brain tissue.

When DBS is applied to surgery for globus pallidus internus (GPi), it is reported to produce dramatic improvements in persons suffering from deformity of the legs with dystonia (abnormal contraction of the muscles that cause unnatural posture and movement), enabling them to walk. DBS is also being used in Germany to treat depression by targeting the habenular nucleus. In the United States, it is being used to target stimulation of the hippocampus for treatment of Alzheimer’s disease. It is also applied to restore normal function to neural circuits in the brain, when drug therapy does not show any improvement, and has contributed to improving the quality of life for many people.

“Make people happy with technology.” This is the fundamental vision for ecotechnology set out by Soichiro Honda. The achievements of Dr. Benabid have been recognized as worthy of the Honda Prize. For these reasons, the Prize will be awarded to Dr. Alim Louis Benabid.

Chairman of the Board of the Clinatec Institute at CEA Grenoble 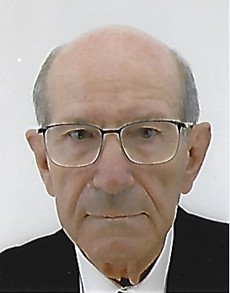