Honda is the world’s leading power unit manufacturer*1, serving a total of approximately 30 million customers each year combining its motorcycles, automobiles and power products. Motorcycle business serves almost two-thirds of these 30 million customers, therefore we must accelerate initiatives for motorcycle business to realize the company-wide goal of realizing carbon neutrality by 2050.

Motorcycles, however, are used all over the world for a wide range of purposes which are often more demanding than for automobiles. Therefore, realizing carbon neutrality for motorcycles will require a multifaceted approach. Here is how Honda, the world’s largest motorcycle manufacturer with cumulative motorcycle production of over 400 million units, will pursue carbon neutrality.

Honda offers a full lineup of motorcycle models, ranging from compact-size commuter models such as scooters to large-size FUN models, which are sold all over the world in both emerging and advanced countries. They are being used under a wide variety of conditions, including in cold, hot and humid climates and even on unpaved roads and trails. In addition, economic situations vary significantly in different countries and regions, therefore people use motorcycles for many different purposes ranging from everyday transportation to recreational activities. As a result, the performance people expect of motorcycles are also diverse.

Especially in emerging countries, motorcycles, particularly commuter models, are in high demand as a vital means of mobility supporting people’s lives. However, electric motorcycles, which promise to contribute to CO2 reduction, have their own issues such as heavier vehicle weight and higher prices. Another factor that is making the popularization of electric motorcycles difficult is that demand for electric models depends largely on government regulations and incentives such as subsidies and tax credits and the availability of charging infrastructure in each respective country.

Honda has led the motorcycle industry in environmental initiatives through a wide range of original technologies, such as its ultra-low fuel consumption engines for the Super Cub and other models. However, continuing on the same path will not be enough to realize the company-wide carbon neutrality goal.

Here is how Honda plans to work toward its carbon neutrality goal for motorcycle products.

Currently, the size of the global electric motorcycle market is approximately 50 million units a year, and most of them are EMs and EBs in China. However, the market is gradually expanding in other countries as well. In India, for example, sales of EVs, alongside convenient and affordable EMs, is increasing dramatically due to the government’s policies to promote the pursuit of carbon neutrality. Anticipating such market expansion, Honda will introduce electric motorcycles that accommodate a wide range of customer needs.

As for the advancement of ICE-equipped models, Honda will not only improve fuel efficiency but also introduce models that are compatible with carbon-neutral fuels.

In addition to Brazil where Honda motorcycles compatible with flex-fuel (gasoline-ethanol blend fuels) are already available, starting in 2023, Honda will introduce flex-fuel models in India, one of the major motorcycle markets.

What kind of electric motorcycles will be introduced, and when? Commuter models and FUN models combined, Honda plans to introduce more than 10 new electric models by 2025.

Range, charging time and price are the issues that need to be addressed in order to popularize EVs. One solution is the standardization of battery swapping systems. We believe that a battery swapping system is highly compatible with business uses, especially services such as the delivery of small packages, as those businesses have limited travel distance and distribution centers where battery swapping stations can be installed. Therefore, targeting business-use customers, Honda has introduced the Honda e: Business Bike series. These models are already in use by Japan Post, and the Vietnam Post has begun using them for its mail delivery service.

As businesses are becoming more conscious of the environment, Honda is introducing its business-use EVs globally. In addition to postal service in Japan and Vietnam, Honda is also conducting joint trials with Thailand Post, and plans to begin production and sales of the Benly e: in Thailand this September.

For personal use, Honda plans to introduce two commuter EV models between 2024 and 2025 in Asia, Europe and Japan. These models will feature unique added-value to accommodate the needs of the respective market. Moreover, envisioning the future market environment, how electric motorcycles will be used, and technological advancements likely to be made, Honda is exploring a range of future personal-use models including ones equipped with a power source besides swappable batteries.

In the EM/EB categories, Honda’s strength lies in the fact that a local development operation which is capable of speedy development is already well established in China, the world’s largest EM/EB market. Honda plans to leverage such strength to introduce multiple models under its local joint venture brands. Moreover, with the expectation that demand for EM/EB models will increase not only in China but globally, Honda plans to introduce a total of five compact and affordable EM and EB models between now and 2024, in Asia, Europe and Japan, in addition to China.

Based on its FUN EV platform now being developed, Honda plans to introduce three large-size FUN EV models in Japan, the U.S. and Europe between 2024 and 2025. Honda will also introduce a EV model for young riders, which is designed to pass on the joy of riding to the next generation.

To realize widespread adoption of these electric models, the issues of batteries and charging infrastructure need to be addressed.

The key to electrification is the battery. Honda will make active use of all of its resources to ensure stable battery procurement. All-solid-state batteries, which are currently being developed for automobiles, will be one valid option for electric motorcycles. Honda will aim to equip its electric motorcycle models with all-solid-state battery as well.

With regard to charging infrastructure, Honda has already begun its initiatives in many countries around the world, aiming to enhance the infrastructure through the utilization of Mobile Power Packs (MPPs) and battery sharing businesses.

Furthermore, Honda is also participating in battery consortiums in Japan and Europe aiming to standardize battery and swapping system specifications. Honda is taking a proactive approach to standardization in each region. For example, in Japan, major motorcycle manufacturers have agreed on mutual use of swappable batteries and their systems, and in India, Honda is working with its local partner company to facilitate the standardization of swappable batteries.

Through this process of motorcycle electrification, Honda will offer products with new value by leveraging the high level of compatibility of software technology and electrified models, which we believe will unlock the future of motorcycles.

For example, starting with models which will go on sale in 2024, Honda aims to offer user experience (UX) features that continuously enrich the quality of riding through connectivity, such as offering optimal route options that take into consideration the remaining range, charging spot notification, safe riding coaching and after-sales service support. 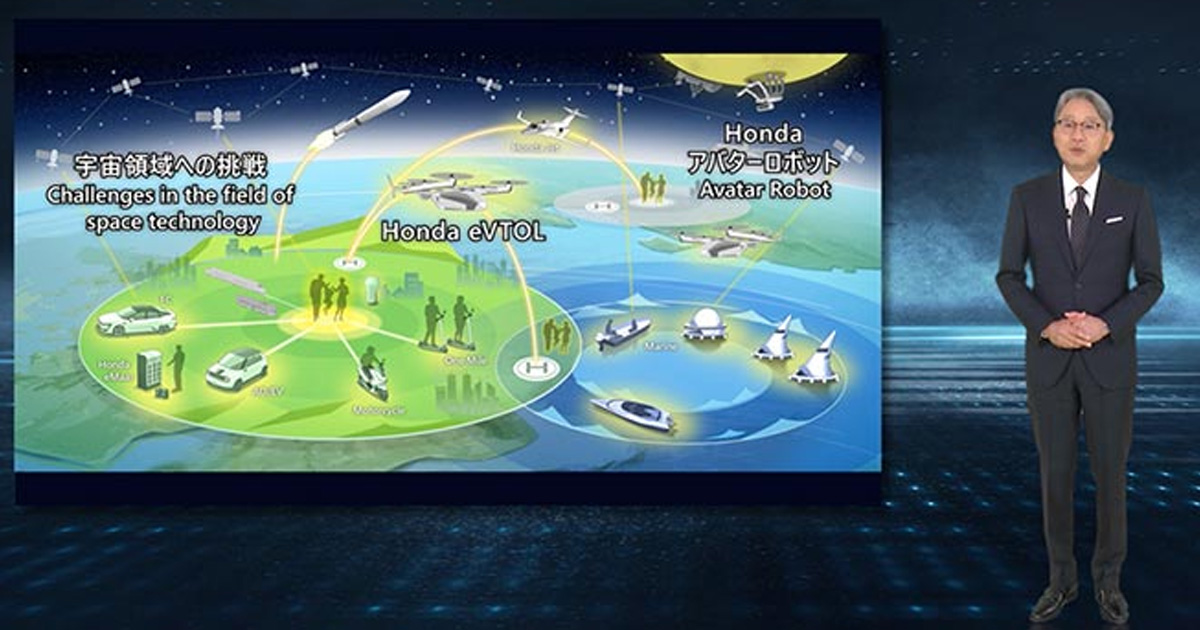 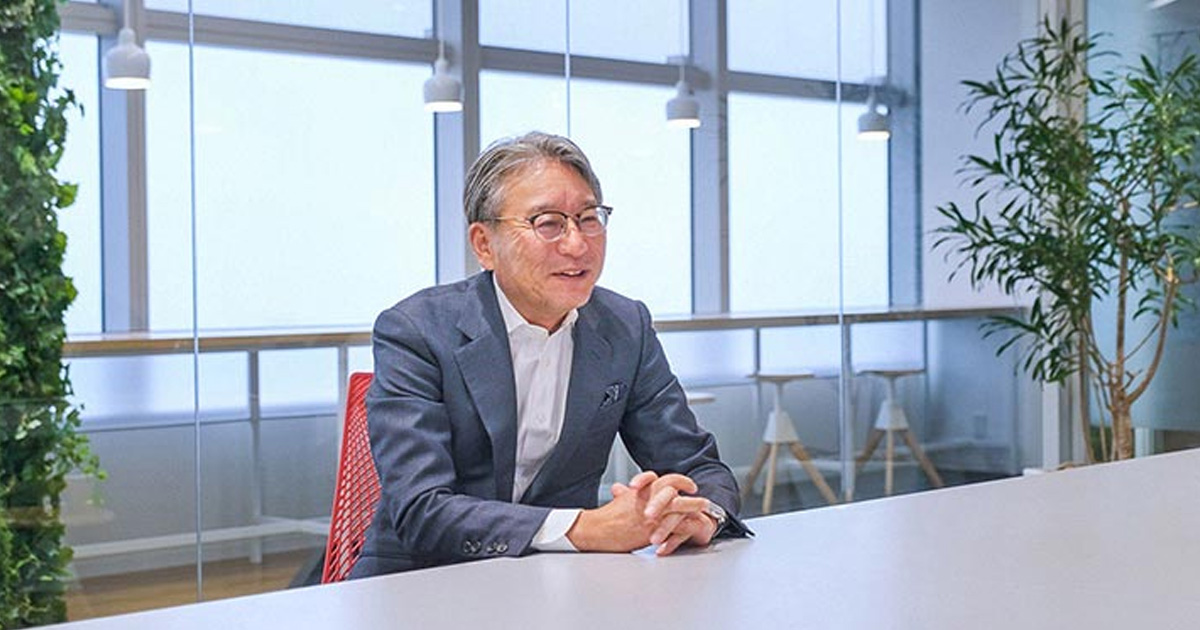 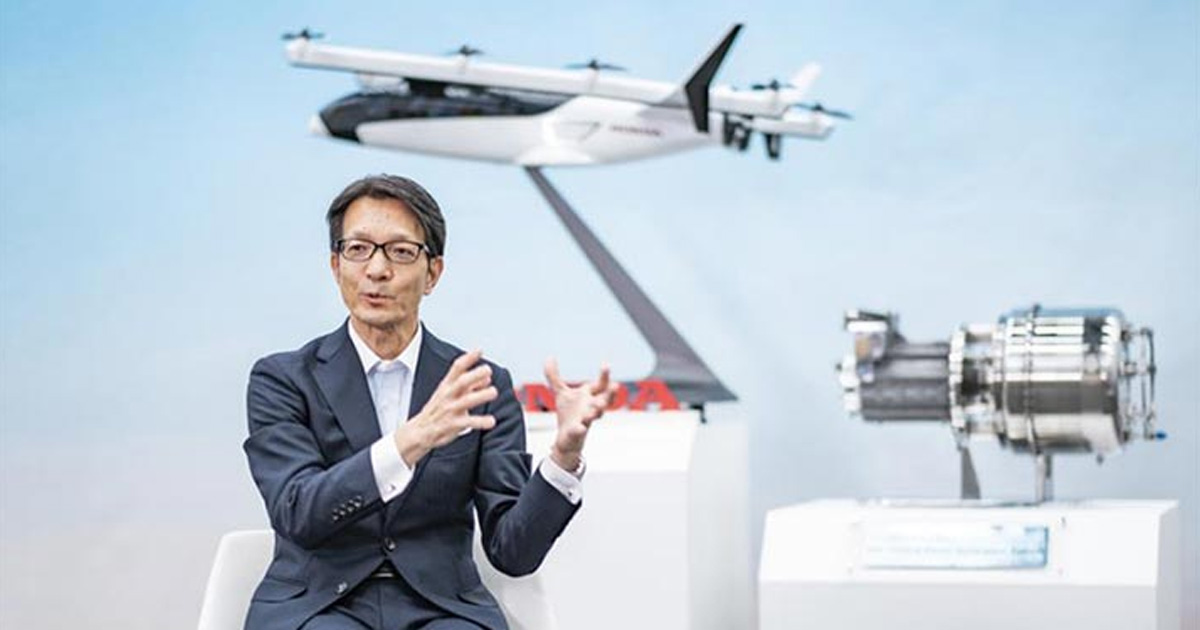