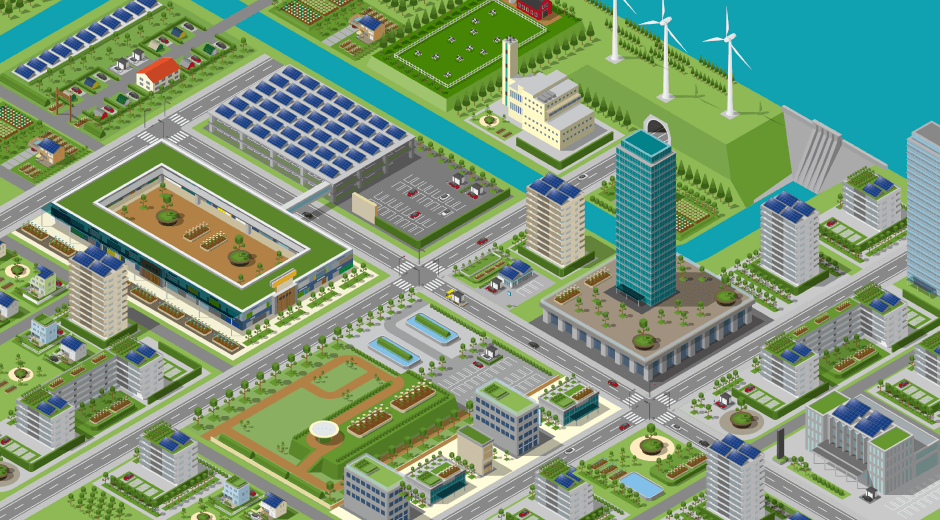 Fuel Cell Vehicles (FCVs), powered by electricity generated from hydrogen, are the ultimate eco-cars, generating no CO2 or exhaust gas while running. By generating hydrogen only from renewable energy, a future in which cars don’t rely on fossil fuel becomes possible.

For many years, Honda has believed in this possibility, working hard to bring FCVs to the masses, culminating in the launching of the Clarity Fuel Cell.

Honda has taken a large step towards realizing a hydrogen-powered society not only by launching FCVs that “use” hydrogen, but by developing compact hydrogen stations that “generate” hydrogen, and external power output devices that “get connected” to FCVs.

What future does Honda envisage with its concept of “generate,” “use” and “get connected?” 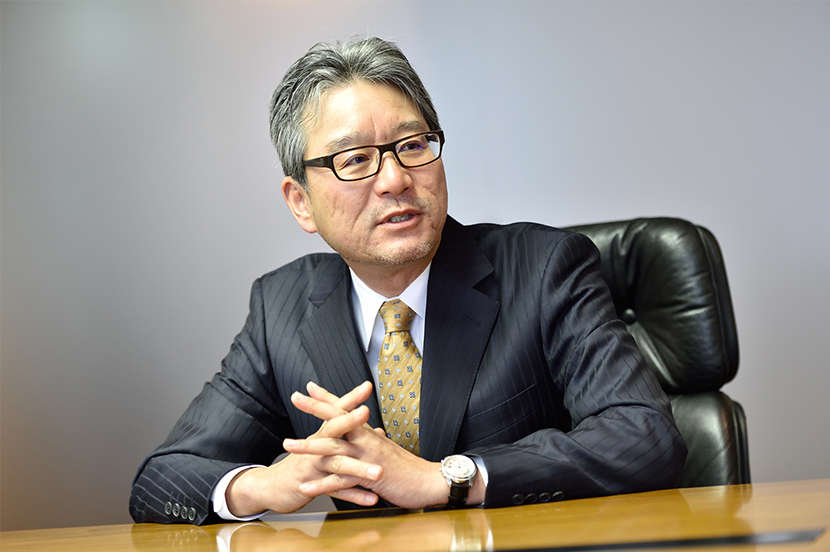 Why Honda Focuses on Hydrogen

What is Honda working on the build the future?

Honda is involved in three main business areas - motorcycles, automobiles, and power products - which are mostly powered by engines. Engines, no matter how fuel-efficient, burn fuel, and generate CO2. As the largest engine supplier in the world, selling nearly 30 million products with engines every year, Honda needs to either reduce, or stop, CO2emissions. To that end, Honda aims to realize a carbon-free society, which does not rely on fossil fuel, as fast as possible.

How can CO2 be reduced?

Why does Honda focus especially on hydrogen?

Honda focuses on hydrogen, because it is the key element, and key technology, to realizing a carbon-free society. Hydrogen is the smallest and lightest element, appearing on the top-left of the periodic table. When hydrogen binds with oxygen, it generates electricity, with water being the only by-product. Hydrogen can be found on our planet in abundance, and it can temporarily store energy instead of electricity, making it a very convenient energy source.
In the late 1980s, Honda believed that cars in the future would be powered by hydrogen energy, and begun basic research on fuel cells, and engaged in research and development of FCVs. In 2008, Honda announced the FCX Clarity, and in 2016, launched the further-evolved Clarity Fuel Cell. 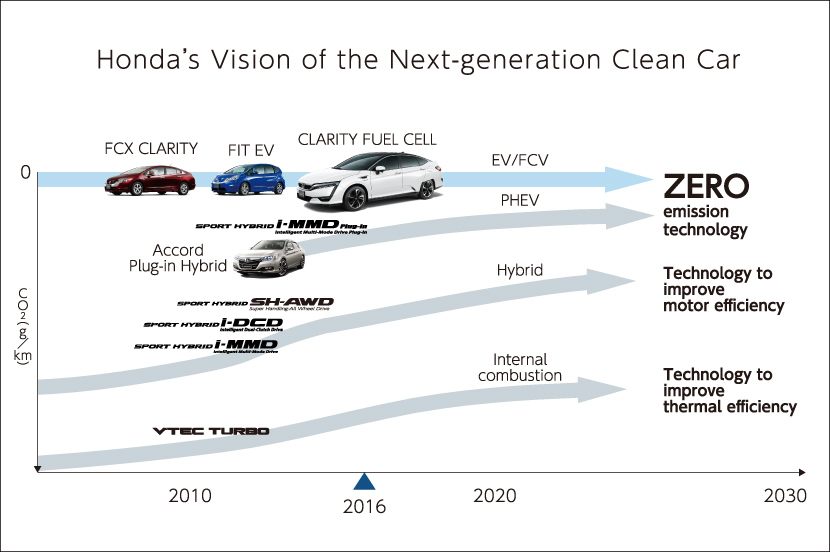 What are the Clarity Fuel Cell’s characteristics?

The FCX Clarity was a technologically advanced vehicle, but it was too expensive for the average customer to purchase. The fuel cell stack, which generates electricity from hydrogen and oxygen, was in the cabin, so it could not seat 5 passengers like an average sedan. The Clarity Fuel Cell was developed to be priced for the average customer by reducing costs, and to seat 5 passengers by moving the fuel cell stack under the front hood. The efficiency of the fuel cell stack was improved to realize a smaller design, and including improvements in the overall package, we believe the Clarity Fuel Cell matches the ease-of-use of any other car. 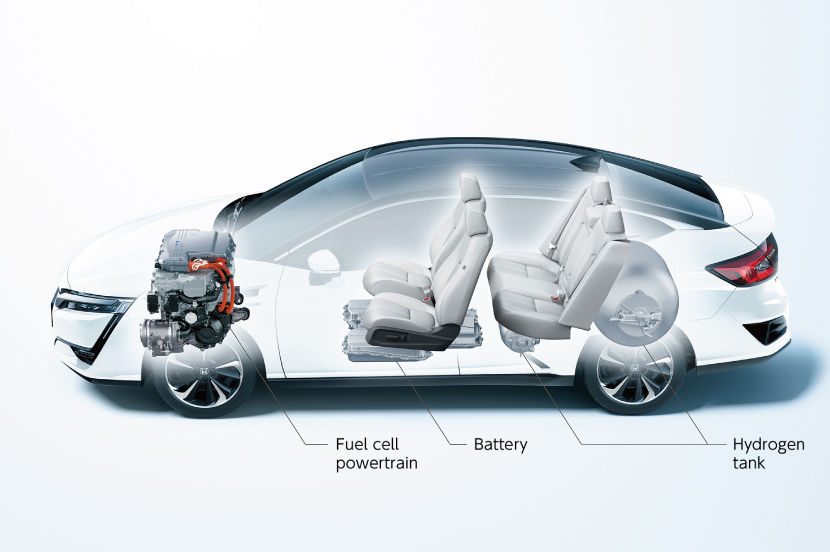 Does the smaller fuel cell stack open possibilities for models other than sedans?

We do not have any fixed plans yet, but we do not consider the Clarity Fuel Cell to be the only model we design. We will be considering our directions, based on how the infrastructure develops. To maximize our options, the powerplant is small enough to fit under the hood. Even now, the powerplant is small enough to replace a V6 engine, so there are many possibilities we can explore.

Why is Honda working on Smart Hydrogen Stations (SHSs) that create hydrogen, and not just FCVs?

FCVs cannot run without hydrogen. The Japanese government is leading the push towards a hydrogen society, beginning with four major cities. The commercial hydrogen station business can only work if there are enough FCVs to use the stations, so other areas need some way to have access to hydrogen. That is why Honda has developed the SHS, a completely-packaged hydrogen station. 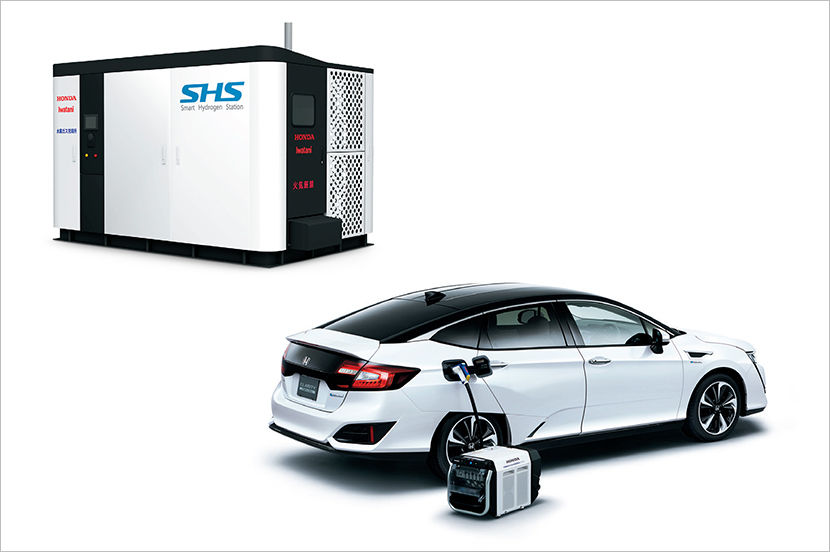 Why would Honda, an automobile manufacturer, go so far?

Developing FCVs is not enough to speed up the realization of a hydrogen society. Without hydrogen stations, FCVs do not sell. Without more FCVs on the road, the number of hydrogen stations cannot grow. The only way to solve this chicken-and-the-egg problem was to create our own hydrogen for FCV use, which was realized by joint-development with Iwatani Corporation.

By using the Power Exporter 9000 to convert electricity from the Clarity Fuel Cell into household-compatible electricity, a full tank of hydrogen could supply enough electricity for an average household for a week. The Power Exporter 9000 connected to a Clarity Fuel Cell could be an effective power source for may uses, such as during a natural disaster, or for leisure activities, limited only by the customer’s imagination.

Honda’s strength is that it can create new values, by combining its technologies from its mobility businesses - motorcycles, automobiles, and power products.

What are the obstacles to FCVs becoming more common?

With the Clarity Fuel Cell, average customers can finally afford FCVs. But we still have work to do, as Clarity Fuel Cell purchases are subsidized by the government, which is not how it should be. To that end, we need to make FCVs more common. Honda is currently working with GM to develop the next FCV, and believes this will be the key to mass-adoption and cost benefits, as well as other possibilities such as developing the infrastructure in North America.

How enthusiastically will Honda continue to develop hydrogen technologies?

Honda’s priority is not necessarily placing its hydrogen technologies at the forefront, but rather the early realization of a carbon-free society. Limiting CO2 emissions will not stop global warming. We will not be in real trouble today or tomorrow, but if we don’t act now, our children will pay the price. To avoid this, Honda wants to use the hydrogen technology it has developed over many years, to the benefit of mankind.

A term we often hear recently is “Creating Shared Value” (CSV). Honda has continued its research and development for hydrogen technology from the viewpoint of “what we should do as a company,” and without continuity, new technologies and societies would not exist. If we only pursued profit, Soichiro Honda (Honda’s founder) would not forgive us. 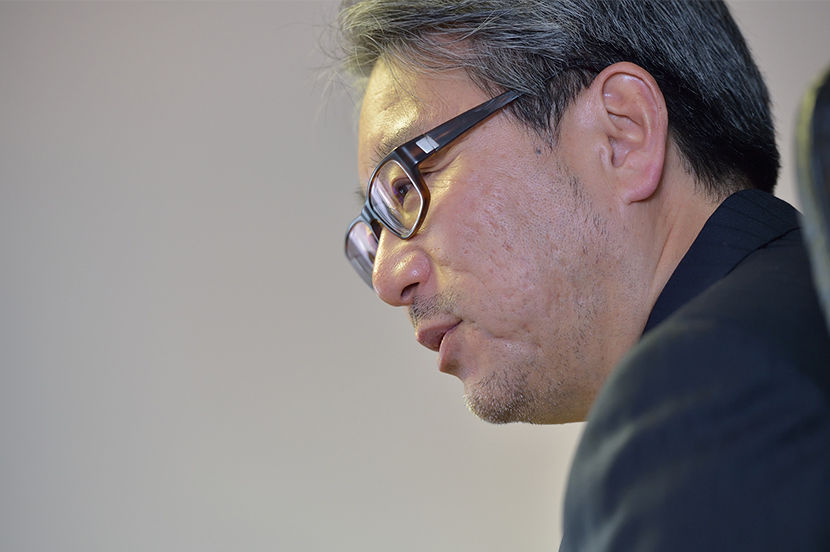 Honda is the company that does “what someone should do.” This won’t change, and is what makes Honda a company worth existing.

History of Development Towards a Hydrogen Society 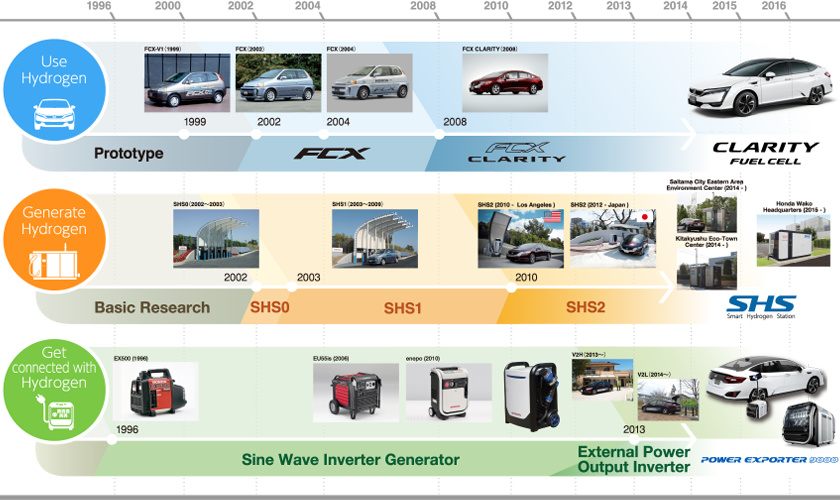