As it is important for an aircraft to gain aerodynamic lift by allowing air to flow smoothly over the surface of the wings, it is common sense in aircraft development not to place anything on the wings that would disturb the airflow. That is why the engines of almost all conventional business jets are placed in the rear of the fuselage.

However, in order to eliminate the engine support structures from the rear of the fuselage so that interior space can be utilized to the fullest extent, HondaJet was designed as the world’s first business jet with the engines mounted over the wings. For the development of HondaJet, Honda independently conducted various research on all kinds of ideas. Such research resulted in the unique Over-The-Wing Engine Mount (OTWEM) configuration with optimal engine position and shape, which also achieves a substantial aerodynamic benefit. 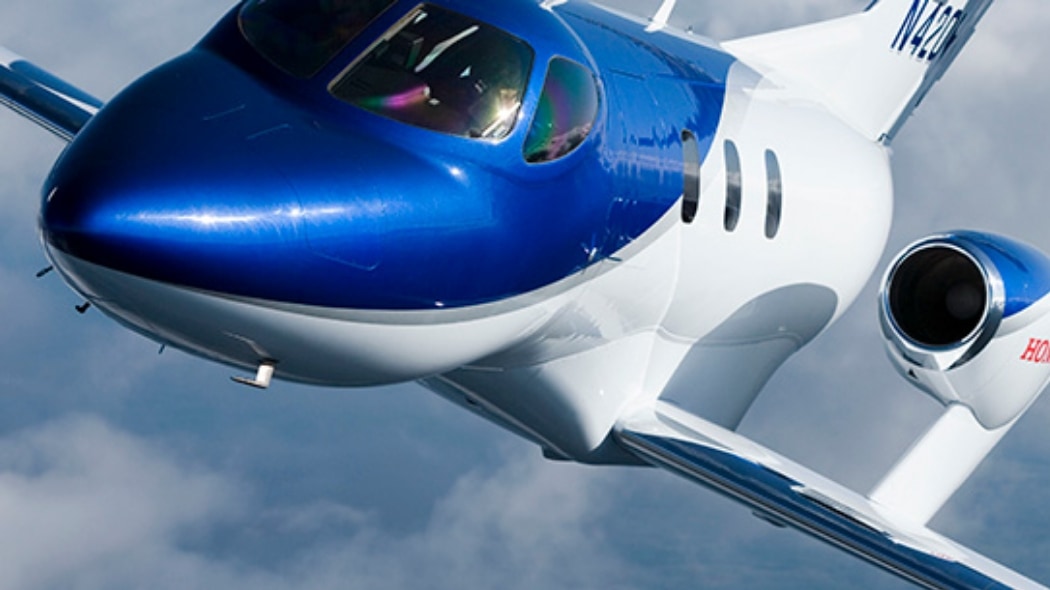 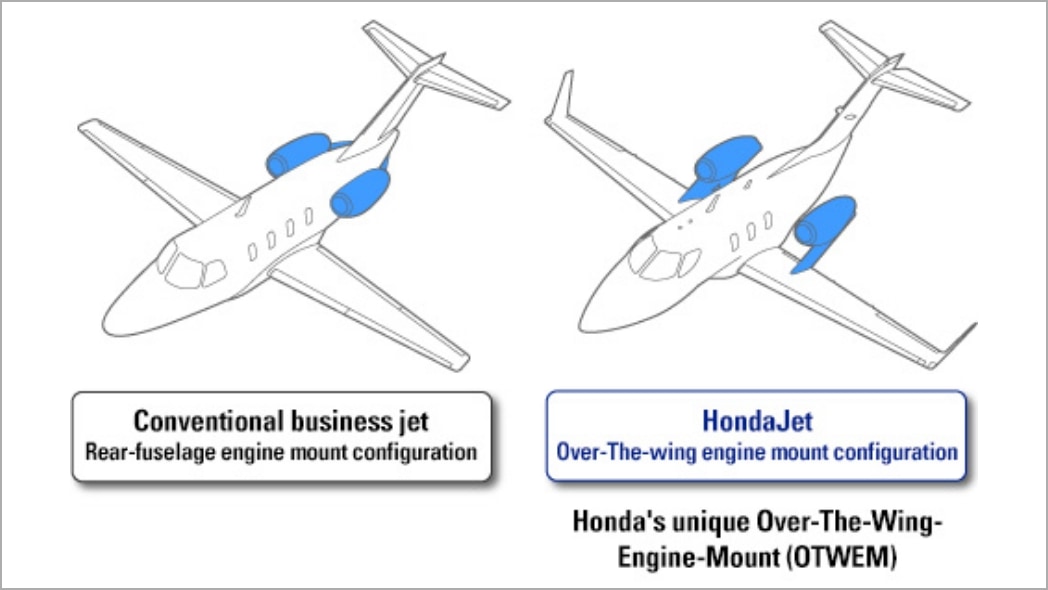 Benefit 1: Space inside the fuselage can be fully utilized without the need for an engine support structure 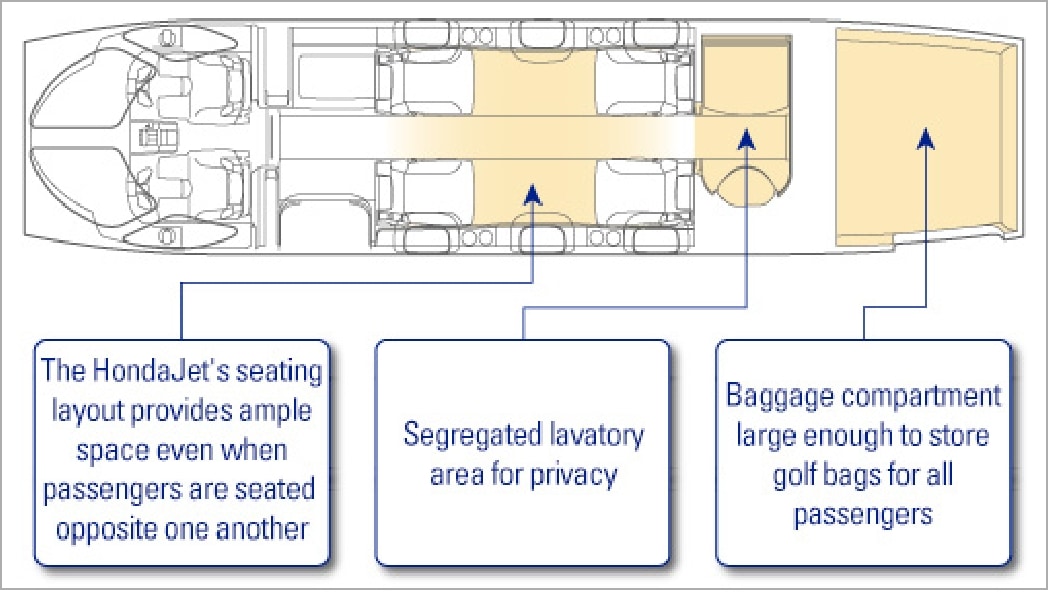 As engines are detached from the fuselage, the amount of noise and vibration transmitted into the cabin space was reduced, which contributed to interior quietness. This is how HondaJet’s quiet and comfortable cabin space was realized. 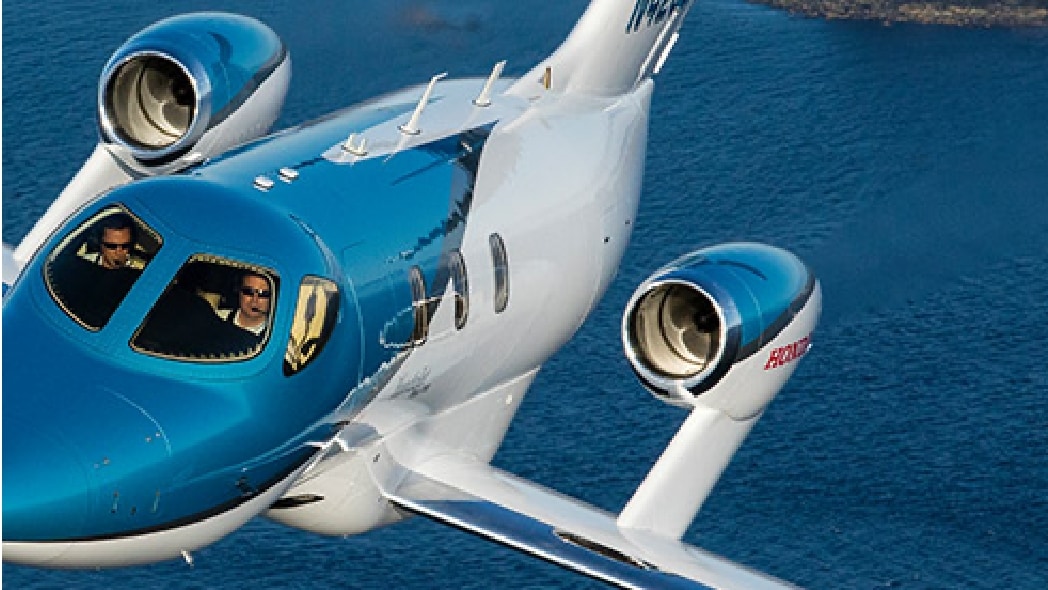 When flying at a high speed, airflow on the top surface of the wings becomes faster and generates shockwaves (shown in red in the image on the right), which increases aerodynamic drag. However, as shown in the image, the airflow in front of the engines is slower and therefore shockwaves become smaller. When shockwaves are suppressed, aerodynamic drag is reduced, which contributes to the realization of faster speed and higher fuel efficiency than other aircrafts in the same class. 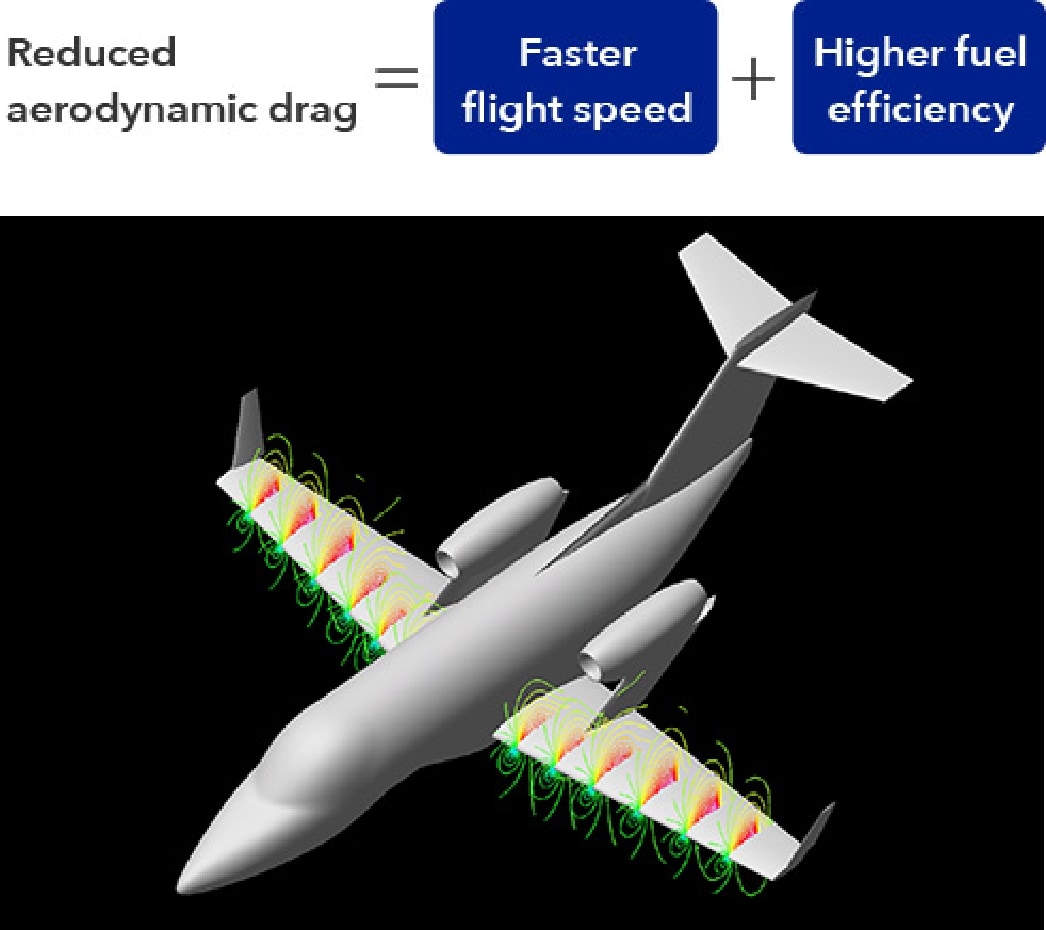