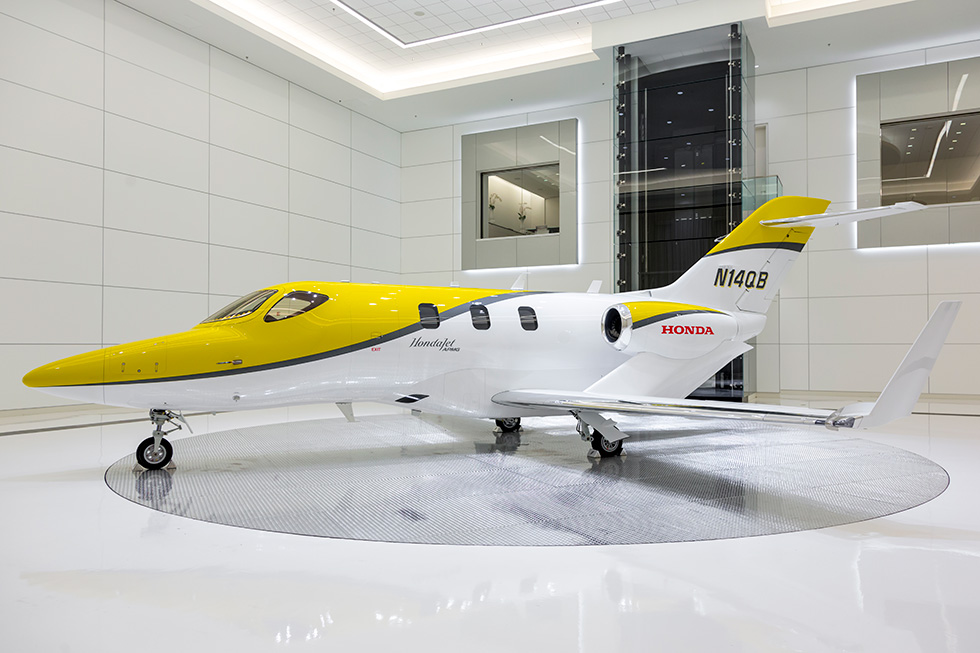 “As Honda Aircraft Company continues to pioneer new technologies in aviation, the APMG was created to ensure that all HondaJet owners, current and future, would have the opportunity to experience newly-created state-of-the-art technologies, regardless of when they purchased their aircraft,” Honda Aircraft Company CEO and President Michimasa Fujino stated. He added, “The purpose of the APMG is to implement new features on original aircraft for the benefit of customers around the world.”

Honda Aircraft Company has established a worldwide dealer and authorized sales network to provide unsurpassed service and support for HondaJet customers that spans territories in North America, Europe, Middle and South America, Southeast Asia, China, India, the Middle East and Japan. Manufactured at Honda Aircraft Company’s world headquarters in Greensboro, NC, the HondaJet was the most delivered aircraft in its class in 2017 and for the first half of 2018.

The second aircraft from Honda Aircraft Company, the HondaJet Elite is the fastest, furthest and highest-flying plane in its class. The HondaJet Elite incorporates Honda Aircraft’s many technological innovations, including the unique Over-The-Wing Engine Mount (OTWEM) configuration, Natural Laminar Flow (NLF) nose and wing and composite fuselage. These advancements contribute to the aircraft’s superior performance, unparalleled efficiency and maximized fuselage space, making the aircraft's cabin the largest in its class. The HondaJet Elite cabin features a full service galley, a private lavatory with optional belted seat and an exclusive Bongiovi sound system. The aircraft sets the gold standard in safety and human-machine interface technology with an ergonomically designed cockpit and enhanced customized Garmin® G3000 avionics suite. Honda Aircraft continues to be committed to the improvement of lives through personal mobility while living in a sustainable society. The HondaJet Elite remains significantly more fuel efficient and emits less greenhouse gases than all other similarly sized twin-engine business jets. Certified for single pilot operation, the HondaJet Elite continues to live up to the company’s reputation for superior performance, efficiency, quality and value.