TORRANCE, Calif, U.S.A., December 18, 2015 - Honda will challenge conventional thinking in the midsize pickup segment with the return of the Honda Ridgeline truck, set to make its world debut at the 2016 North American International Auto Show in Detroit on Monday, January 11 at 1:15 p.m. EST. Designed, developed and manufactured in America, the all-new Ridgeline is the fourth new or significantly refreshed light truck model introduced by Honda in the past 18 months and will hit roads nationwide in the first half of next year. 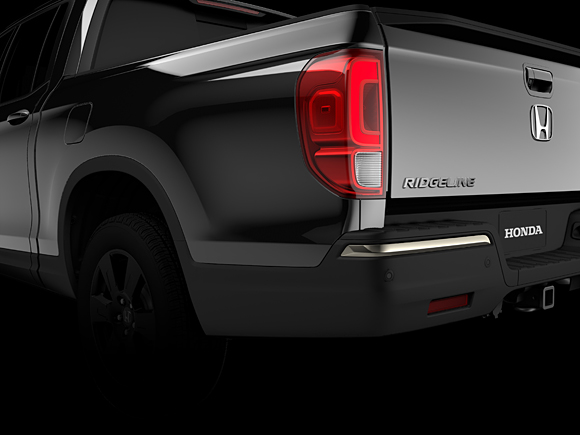 "We developed this new Honda Ridgeline to offer something new and fundamentally better suited to the way many buyers use their truck," said Jeff Conrad, senior vice president and general manager of the Honda Division. "Ridgeline will deliver everything you'd expect in a Honda from incredible packaging and fuel-efficiency to top safety technologies and innovative, segment-first features. We're honored to once again debut the Ridgeline in Detroit at the North American International Auto Show."

Honda began the complete remake of its light-truck lineup in the fall of 2014 with the freshened 2015 Honda CR-V, America's best selling SUV. Earlier this year, Honda launched the all-new HR-V crossover, gateway to the Honda truck lineup, and the third generation of its popular Pilot three-row SUV. In 2016, Honda will continue the strengthening of its light-truck family of vehicles with the new Ridgeline and a fully redesigned Odyssey minivan.

Like the first generation Ridgeline, which also debuted at NAIAS in 2005, the all-new Ridgeline was designed and developed by Honda R&D Americas, Inc., in its Torrance, California design studio and Raymond, Ohio, research and development center. The Ridgeline and its engine will be producedi by Honda Manufacturing of Alabama, Inc., in Lincoln, Alabama.

Honda offers a complete lineup of Honda cars, trucks and service with a network of more than 1,000 Honda dealerships within the United States. Eight Honda auto plants in North America, including four in the U.S., have the capacity to produce 1.92 million automobiles each year. In 2014, more than 97 percent of the Honda and Acura automobiles sold in the U.S. were produced in North America using domestic and globally sourced parts.