Tokyo, October 13, 1998 - Honda Motor Co., Ltd. has announced the launch of the modified Valkyrie 1520 cc heavyweight touring bike, manufactured by Honda Motor's US production subsidiary, Honda of America Manufacturing (HAM). The '99 export model, which incorporates a reversing system, will go on sale in Japan on October 14.
The Valkyrie Tourer, an upgraded version of the Valkyrie for long-distance touring, fitted with an extra-large windshield and rear saddlebags, will be launched as an addition to the series on November 10. 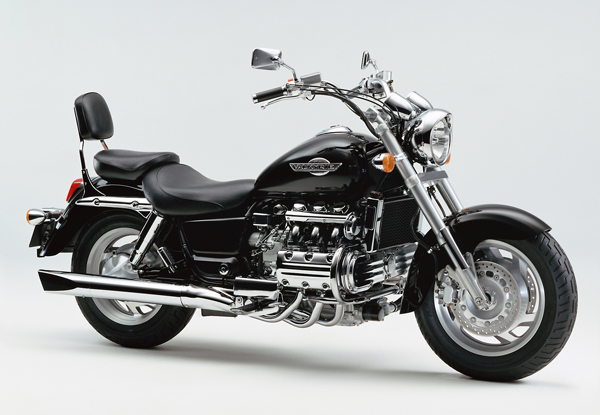 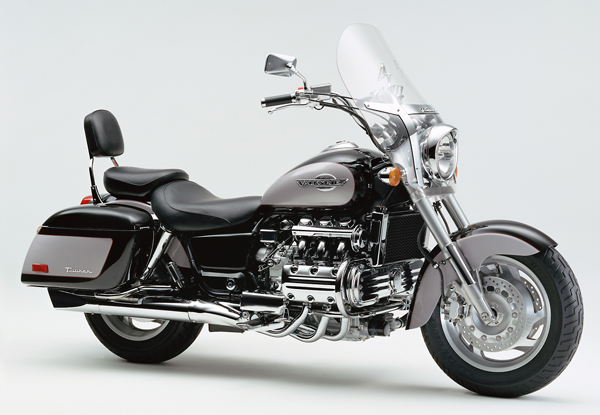 Both bikes in the Valkyrie series incorporate the largest displacement engines fitted to any models in Honda's entire motorcycle range. They are the top-of-the-series models within the Honda American-style custom-bike line-up.

The incorporation of an exhaust air-injection system in both models serves to clean up exhaust emissions enabling the bikes to comply with new stricter Japanese motorcycle exhaust emission regulations due to be enforced from October 1999.

Main features of the '99 Valkyrie

Featuring the same quiet, super-smooth and ultra-powerful liquid-cooled 4-cycle horizontally-opposed 6-cylinder 1,520cc engine as used in the Gold Wing SE, the Valkyrie produces a maximum power of 100 PS at 6,000 rpm - with the rich, flat torque profile that a high-displacement engine typically produces.

Some modifications have been made to the exhaust system, in the form of a new exhaust air-injection system. This re-injects air into the exhaust ports to allow unburned pollutant gases such as hydrocarbons (HCs) and carbon monoxide (CO) to be oxidized. This greater degree of combustion reduces harmful emissions considerably. After the Honda VFR and Gold Wing SE, the Valkyrie is the third bike to be released by Honda in Japan in the over-250cc class that complies with the motorcycle exhaust emission regulations being enforced from October 1999.

The new reversing system is exclusive to the Japanese import model

Both models in the Valkyrie series feature a handy reversing system, ideal for garage parking or maneuvering into tight spaces. Incorporating the same system as used in the Goldwing SE, this feature is unique to the Valkyrie models imported into Japan.

Main features of the '99 Valkyrie Tourer

Based on the Valkyrie, the Valkyrie Tourer is fitted with an extra-large windshield and double rear saddlebags to make it more suitable for long-distance touring.
Body colors: