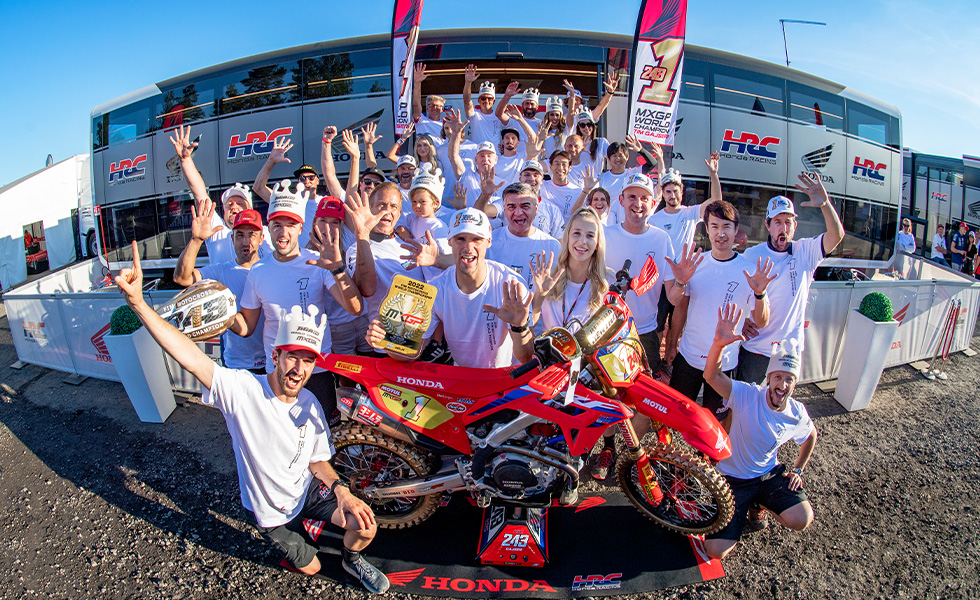 Tim Gajser and his team 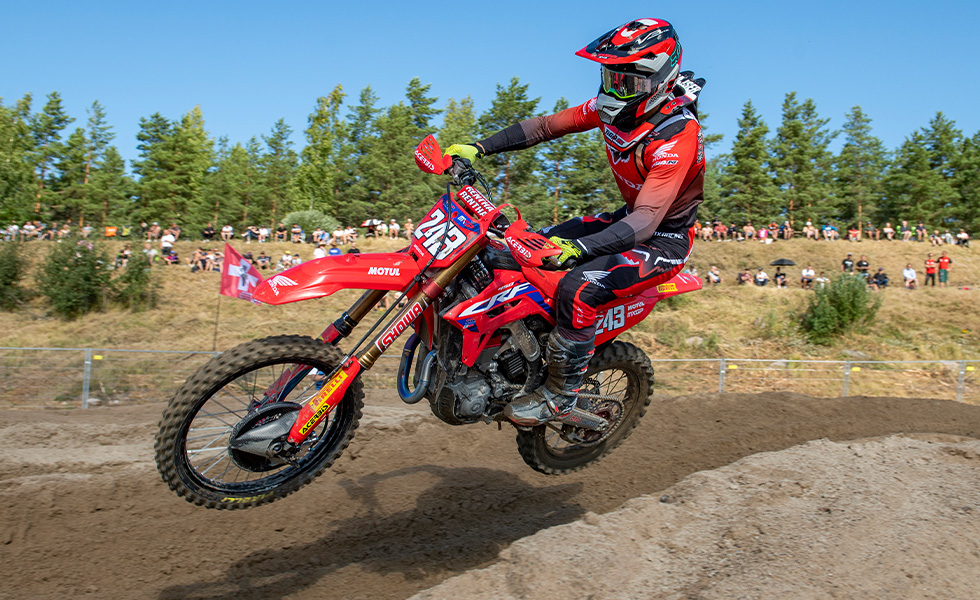 Tim Gajser and his CRF450RW

This MXGP season kicked off in England in February, with Team HRC’s Tim Gajser competing on Honda’s factory bike, the CRF450RW.

By the end of Round 15, Sweden, Gajser had 13 race wins out of 30, and eight round wins including two three-consecutive round wins. With a 115-championship points gap to his closest competitor, Gajser was poised to take the championship title.

In Round 16 Finland held on August 14, Gajser finished 6th in Race 1 and 7th in Race 2, giving him a sufficient points lead over his closest competitor, finalizing his championship title with two rounds (four races) left to go.

Tim Gajser won the MX2 (250cc class) world championship in 2015. He moved up to the premier MXGP class the following year, in which he earned the championship and the Rookie of the Year title. This win marks Gajser’s fifth the FIM World Motocross Championship title.

“I definitely didn’t ride my best, but I got the job done and that’s what I set out to achieve at the beginning of the day. Five world titles, and I can’t believe it. It really hasn’t sunk in yet. A big thank you to the whole of Team HRC, the people at the races and all the support from Japan. Also thank you my girlfriend and all the support I receive from my fans around the world. It has been great to see so many of you cheering me on around the track and I can’t thank you enough. It is a special moment for me and I am just so happy to have got my fifth title!”

“Congratulations Tim [Gajser] for winning the championship. Tim has had a solid season, free of serious injury, and dominating three rounds straight (winning both races in the round), to win back the title. I am proud of him, as he has grown as a rider from his defeat last year. I am truly grateful to all the team staff who supported him to become champion once more, and our many sponsors and motocross fans who support our racing activities.”