The 2017-2018 season EWC champion F.C.C. TSR Honda France is competing in each of this season’s races. The team, represented by its regular riders Josh Hook, Gino Rea and Mike Di Meglio, is currently ranked second this season (as of the end of Round 2), and is aiming to win the overall championship. 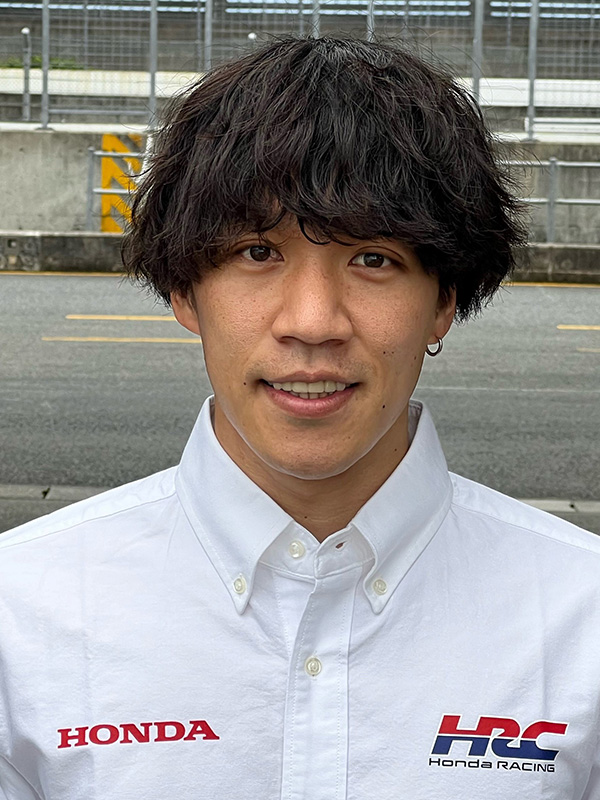 “I will be competing in the Suzuka 8 Hours with Team HRC. My teammate Takumi Takahashi has won the event in the past and is an extremely talented rider. Iker Lecuona started racing in WorldSBK this year, and is a very fast rider. It’s the first time for me to represent the HRC factory team in the Suzuka 8 Hours, but with my teammates, we will bring out the maximum potential of the CBR1000RR-R FIREBLADE SP and aim to win. I’m looking forward to the support from Honda fans and Suzuka 8 Hours fans.” 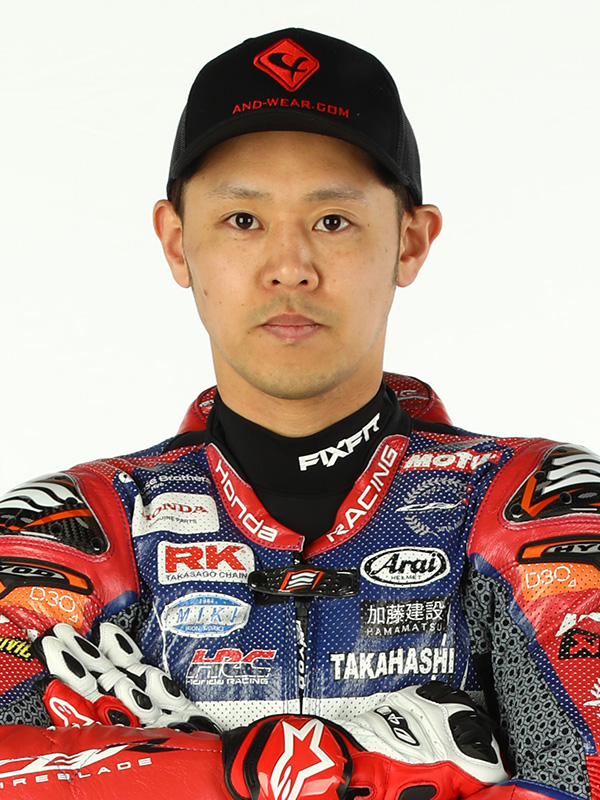 “I will be riding for Team HRC in this year’s Suzuka 8 Hours, the first in three years. I’ll be doing my best to help Team HRC win this year, along with the best team staff and riders. I did not test the bike much due to my BSB commitments, but Nagashima has done a great job in preparing the prefect bike. Iker Lecuona will also be joining us from WorldSBK. We’ll fight hard to stand on the highest place on the podium. I hope everyone will come to Suzuka Circuit to cheer us on.” 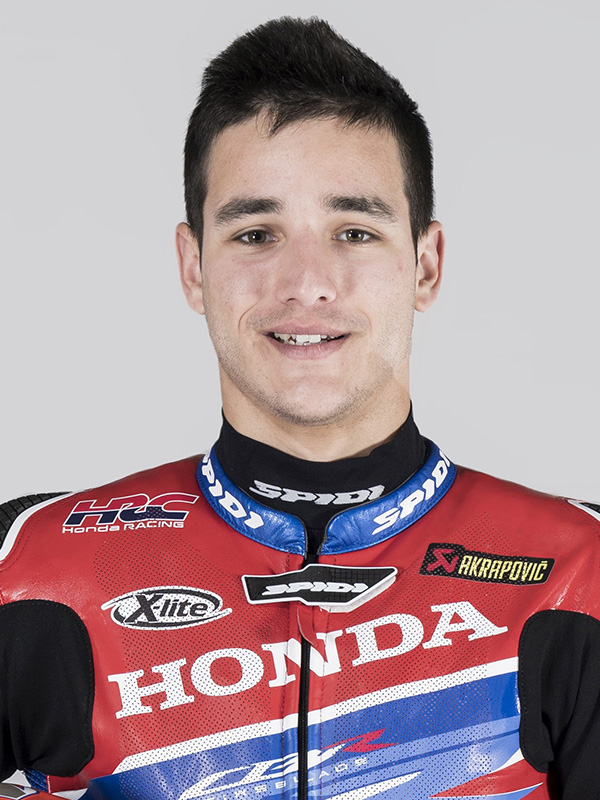 “I am excited to take on the Suzuka 8 hours race with Team HRC. This will be the first time I'm competing in an endurance race. I know the Suzuka race is physically very tough for the rider, with the high temperatures, extreme humidity and all the overtaking, but I really like the circuit and can't wait to get started. Together with my team-mates and technical staff, I will do my best to reach the top of the podium. See you at Suzuka.” 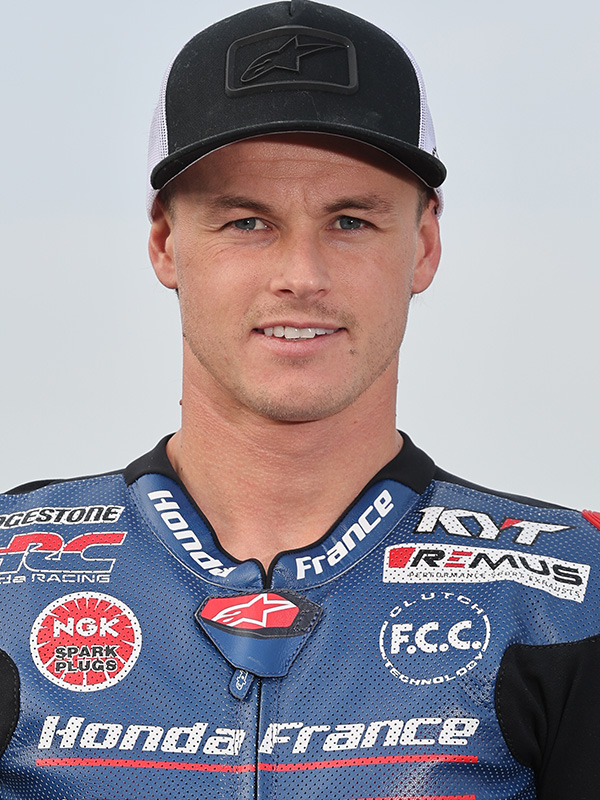 “So far our season has been going well, not as good as it could of been but that’s all part of endurance racing. We are 2nd in the championship and still well and truly in contention for the championship which is our goal. I’ve missed going to Suzuka as it’s my favourite race of the year so it will be amazing to be back in Japan on Honda’s home ground in front of all the Japanese fans. We know our bike works really well at this circuit so I’m expecting a great result. Over all I’m excited to be back in Japan racing again. Looking forward to seeing everyone there.” 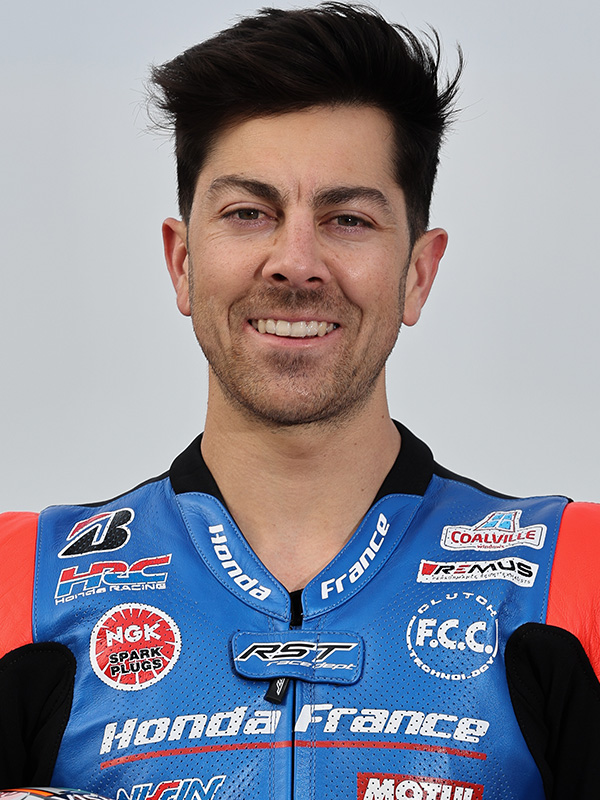 “Two podiums out of 2 races and 2nd in the EWC standings isn't bad but as always, we want more. We had chances to fight for the win at both Le Mans 24hrs and Spa 24hrs but it wasn’t to be. We have had great pace throughout all conditions and the team have worked fantastically in pitstops and bike repairs which has enabled us to achieve these results. We are all really excited to get back to the amazing circuit of Suzuka for the 8hrs race. The event is one of the best in the world and I really can’t wait to compete there representing a Japanese team and the Honda brand in front of the incredible Japanese fans. I’m excited to visit Japan again and to ride the FIREBLADE with F.C.C. TSR Honda France at Suzuka.” 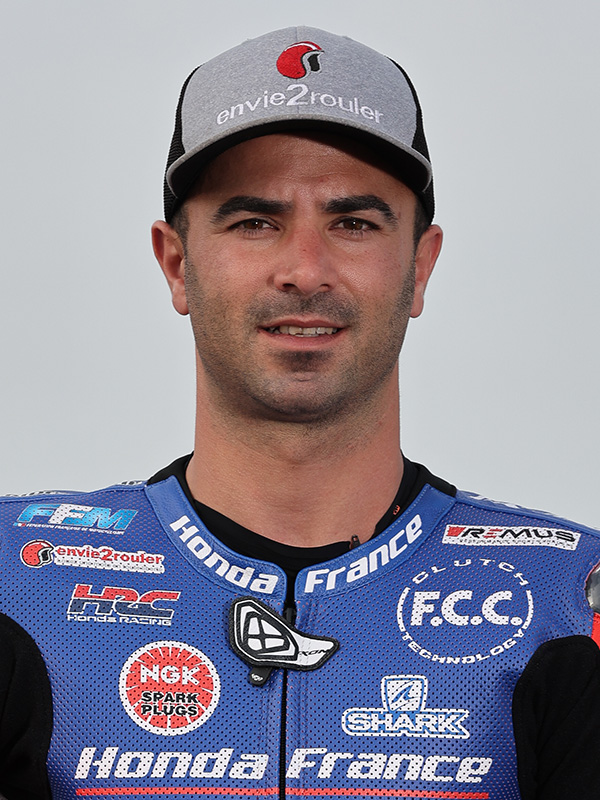 “The season is starting good, we manage to do 2 podium for the first two races. Our speed is very good, we need to get more luck during the race. I am very happy to be back to Suzuka! The fans and the track are fantastic! I am very motivated to be back there after a long time!” 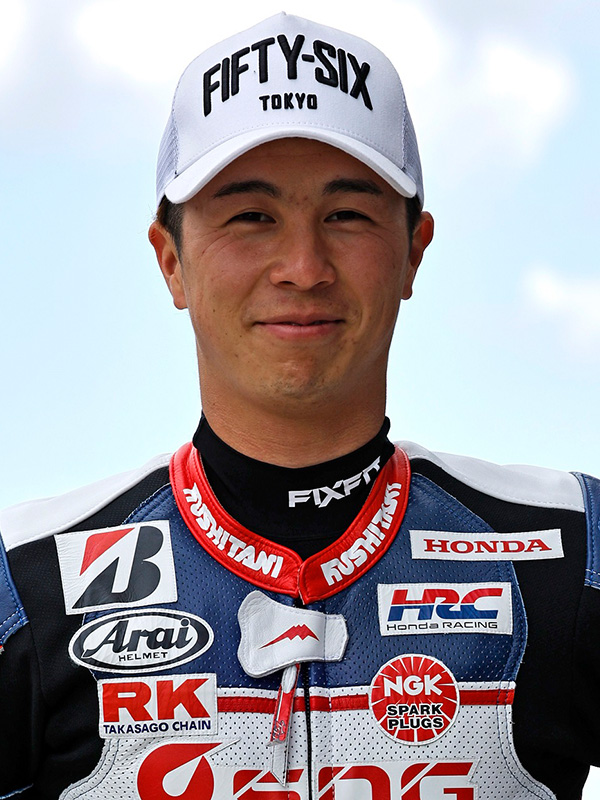 “First, I’m excited to be racing with SDG Honda Racing in the Suzuka 8 Hours. I could not keep up with the top runners in first half of this season’s All-Japan due injury, but I have recovered well and will be 100% fit for the Suzuka 8 Hours.
I will be giving it 100% with the support of the experienced HARC-PRO management and SDG Showa Denki Group. I’m proud to be a part of the Honda family, and we as a team will work as one to win the race.” 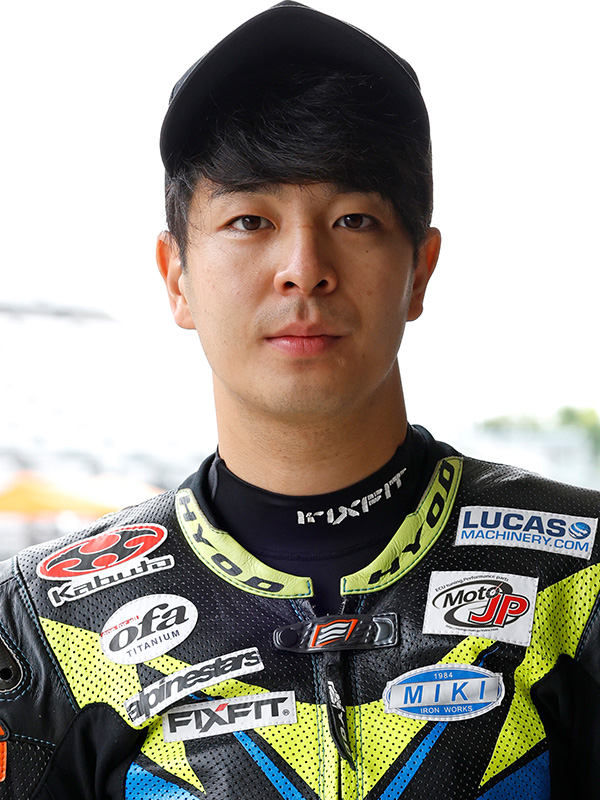 “I’m glad the Suzuka 8 Hours is being held this year. I am grateful to all of the people involved in making this year’s event a reality. I’m back at Honda this year, and am proud to be racing with SDG Honda Racing. It’s great to be back to the team that taught me everything, and it’s also a responsibility. I haven’t raced in front of the Japanese fans for a while, so I hope they see how much I have improved. I’ll do my best, and aim to win, so I hope everyone cheers for SDG Honda Racing.” 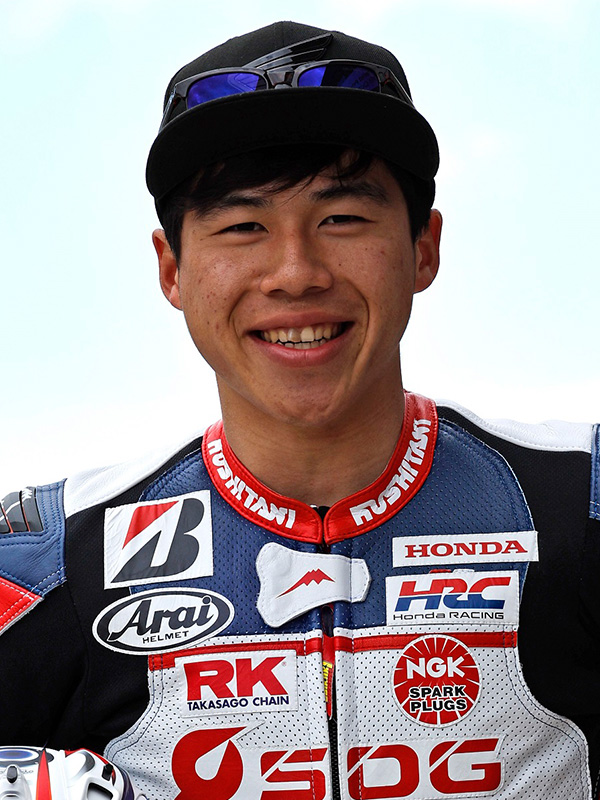 “I’m very glad to be racing in the Suzuka 8 Hours as a member of SDG Honda Racing. This is my first Suzuka 8 Hours, but I’m overjoyed to be able to compete in a race that I have dreamed about since I was a child. I’m now accustomed to JSB bikes, so I’ll do my part and contribute to the team. I’m also heartened that my ST600-era rival Nagoe, and HARC-PRO senior and experienced rider Naomichi Uramoto will be joining me in our team. I hope everyone will support SDG Honda Racing.” 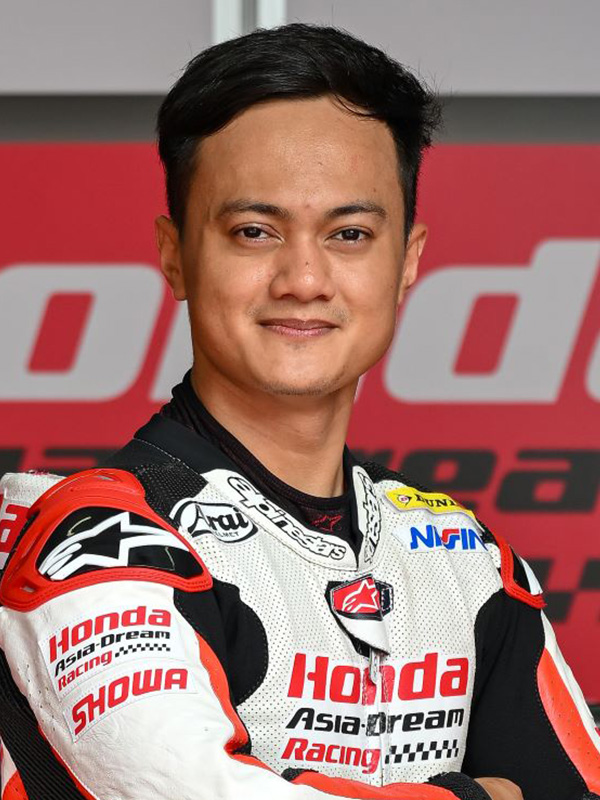 “I’m happy to racing again in Suzuka 8 Hours after long break season around 2 years during covid19 pandemic.
This year will be more challenge for us because of our team will working hard to set the new bike CBR1000RR-R that we don’t have mileage in Suzuka Circuit and also new teammate this year. So we will try our best to get the best result! Thank you for all your support!” 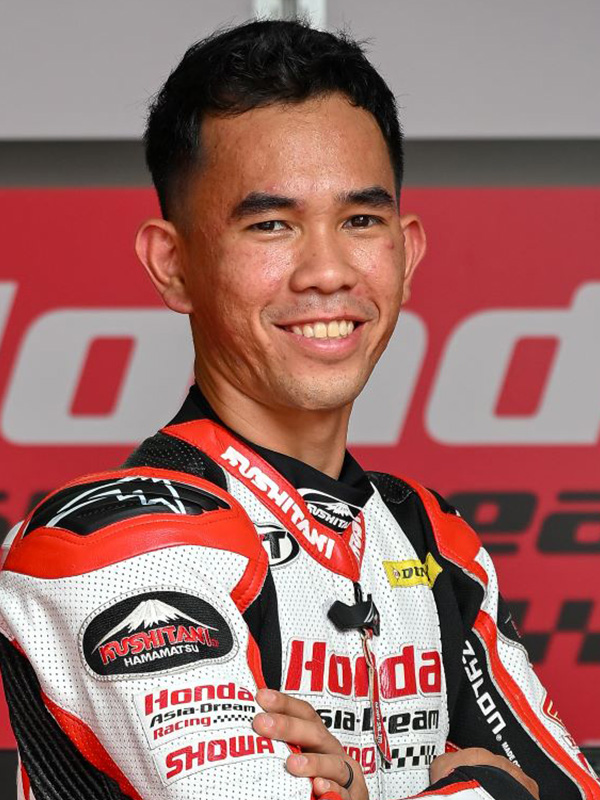 “I’m really happy to get this opportunity to race in Suzuka 8 Hours Endurance, because this is my first experience and my first time to join endurance race. And the team already have a lot of data in Suzuka. I’m looking forward to it and also the team got podium on the last endurance race in Malaysia 2019. Thank You.”