A summary of the conference follows.

■Initiatives for the expansion of renewable energy utilization

– In pursuit of carbon neutrality –

Honda is striving to realize carbon neutrality for all products and corporate activities Honda is involved in by 2050. As one of the initiatives Honda will pursue to realize this goal, Honda has developed the concept of “Honda eMaaS” through which Honda will contribute to the “freedom of mobility” and “expanded use of renewable energy” by connecting electrified mobility products and energy service. Based on this concept, Honda will expand the use of renewable energy by broadening the range of electrified products through electrification of its motorcycle and automobile products and through more utilization of MPP and also by enabling infrastructure-linked smart power operations.

To resolve these issues and expand the use of renewable energy, it is important to establish a “buffer function” which will help to achieve an adequate electricity supply-demand balance. The “buffer function” means the ability to adjust the amount of power supply by temporarily storing excess electricity using MPP or other devices.

With the expanded use of MPP, it will become easier to use renewable energy which is sensitive to natural conditions. For instance, when an excess amount of electricity is generated during daytime hours through solar power generation, MPP will serve as a buffer by storing such excess electricity. Then, during late afternoon hours when electricity supply runs short of the demand, the electricity stored in the MPP during the daytime can be used to achieve peak-load shifting (or “peak shaving” that lowers and smooths out peak loads) to reduce the charging load on the power grid.

Moreover, further down the road, Honda is considering the possibility of supplying electricity stored in MPP to the power grid in case of a power shortage by connecting Honda Mobile Power Pack Exchanger e: to the power grid. Honda Mobile Power Pack Exchanger e: is a battery swapping station, currently under development, which can charge multiple MPPs simultaneously. 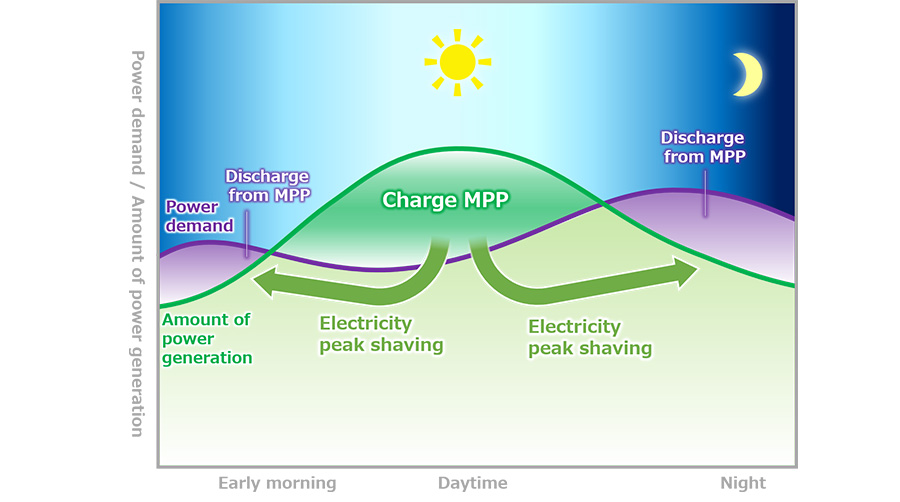 Working toward the realization of carbon neutrality, Honda is striving to further expand the use of MPP for a broad range of products. At the same time, Honda is working on plans for secondary use (repurposing) of MPP when it becomes unsuitable for the use of mobility products due to a reduced battery capacity as a result of degradation, including uses as a storage battery for household use and as a power source for other products.

Moreover, various companies are currently considering the development of products which will use MPP as a power source. In order to accelerate such a development and expand the use of MPP, Honda has been working toward the establishment of industry standards for portable and swappable batteries. 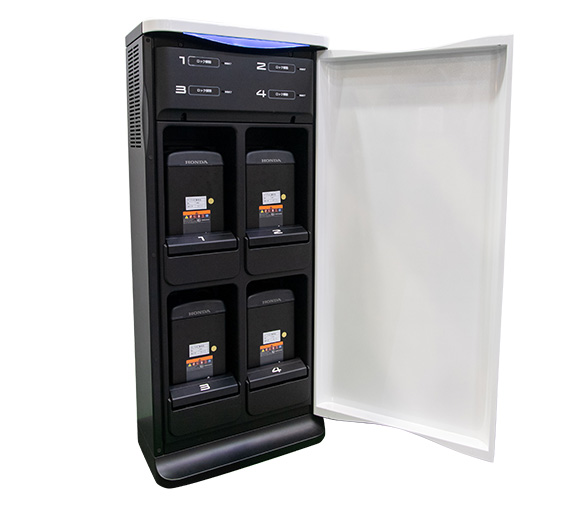 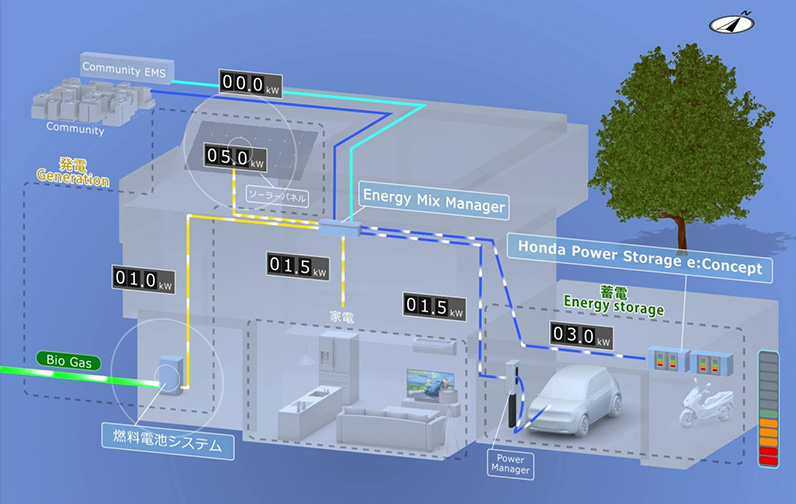 (Left) Honda Power Storage e: Concept, a concept model for a system which enables the use of MPP as a household storage battery and (Right) the monitor showing the status of power utilization

■Background to the development of MPP

As a company that provides customers worldwide with a broad range of products in the areas of motorcycles, automobiles and power products, Honda sees it as its important responsibility to expand the use of clean energy for mobility and people’s daily lives. One of the concepts born of such a recognition of a challenge was the “shared use of portable and swappable batteries.”

Honda developed MPP in order to enable people to use electricity from renewable energy sources conveniently, anytime and anywhere, for their mobility and daily lives by storing a small portion of such electricity in a portable and swappable battery. Moreover, MPP enables people to store and manage electricity, get connected with others and mutually accommodate electricity needs within a small unit such as mobility products and houses.

With an aim to realize such resilient (flexible) society, Honda introduced MPP in 2017. The utilization of MPP began when it was applied to a Honda electric motorcycle model which went on sale in 2018. The new GYRO CANOPY e: business-use electric three-wheeled scooter which went on sale today features Honda Mobile Power Pack e: (MPP e:), an all-new MPP with an increased battery capacity.

■Honda’s initiatives to date toward the expansion of MPP utilization

Since February 2019, Honda has been conducting demonstration testing in the Philippines for the utilization of surplus electricity using MPP and electric motorcycles for the purpose of realizing “local generation and local consumption” of electricity from renewable energy sources.

Moreover, since July 2019, Honda has been conducting demonstration testing in Indonesia of battery sharing using MPP and electric motorcycles for the purpose of accelerating electrification of mobility products and expanding the use of renewable energy.

Furthermore, since February 2021, Honda has been conducting demonstration testing of battery sharing for electric tricycle taxies in India.

In light of the results of this demonstration testing, Honda will begin a battery sharing service in India, using the MPP e: in the first half of 2022.

MPP e: is a lithium-ion battery capable of storing a large amount of electricity, more than 1.3kWh, which can be utilized as a power source for a broad range of electric devices including small-sized mobility products.

・High versatility: In addition to mobility products, MPP e: can be utilized as a power source for a broad range of compatible devices.

・High durability: By considering heat dissipation during continuous discharging, deterioration due to high temperature is prevented, and sufficient water resistance, vibration resistance and shock resistance are ensured under the expected normal operating environment.

・Data utilization: The built-in control unit recognizes the conditions of the MPP e: and records the occurrence of all events. This data will be collected through the connector while MPP e: is charging and then utilized for the battery sharing operation and other secondary uses. 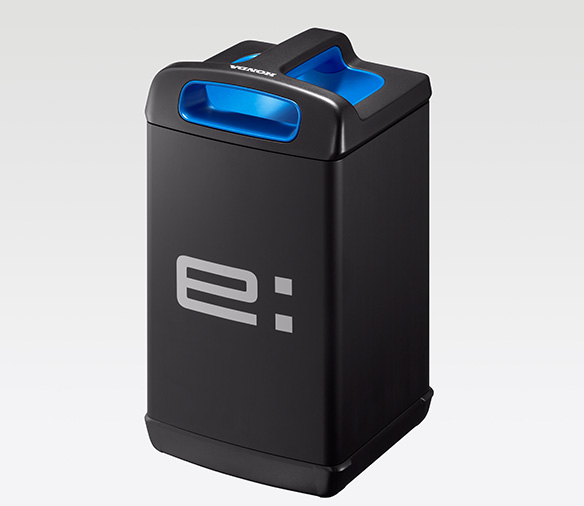 MPP e: will be initially available only for lease sales to corporate customers who own Honda e: business-use motorcycles, however, further down the road, Honda is planning to supply MPP e: to companies which will adopt MPP e: for their own products.