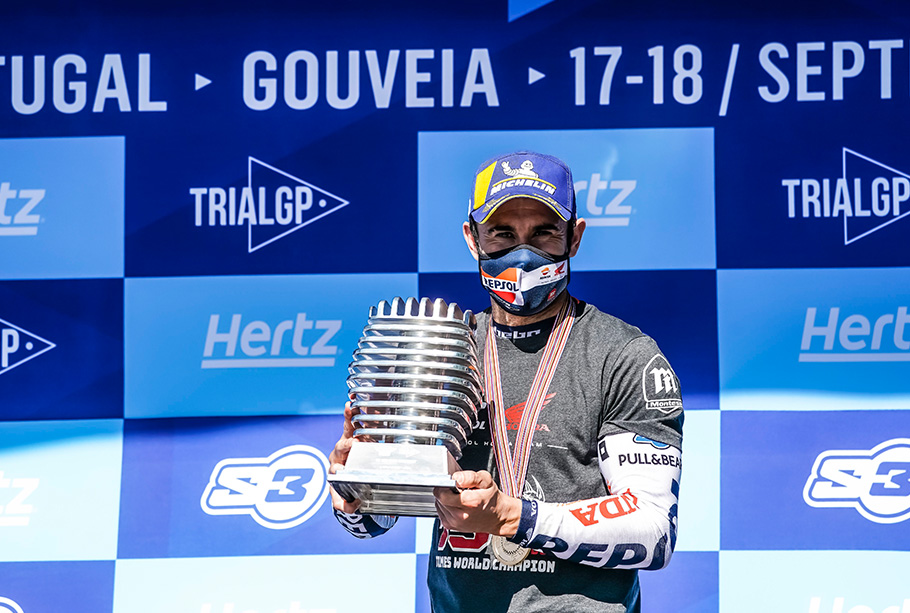 This year’s Trial World Championship is contested over six rounds (nine trials). In the opening double-header round held in June, Bou finished 1st / 2nd. He then won the next round in France, marking his 120th career win in the competition. After the summer break, he was 1st / 3rd in Andorra, won the next round (again in France), and won both trials at the Spanish double-header. Going in to the final round at Portugal as championship favorite, Bou won the round giving him his 15th consecutive championship title. 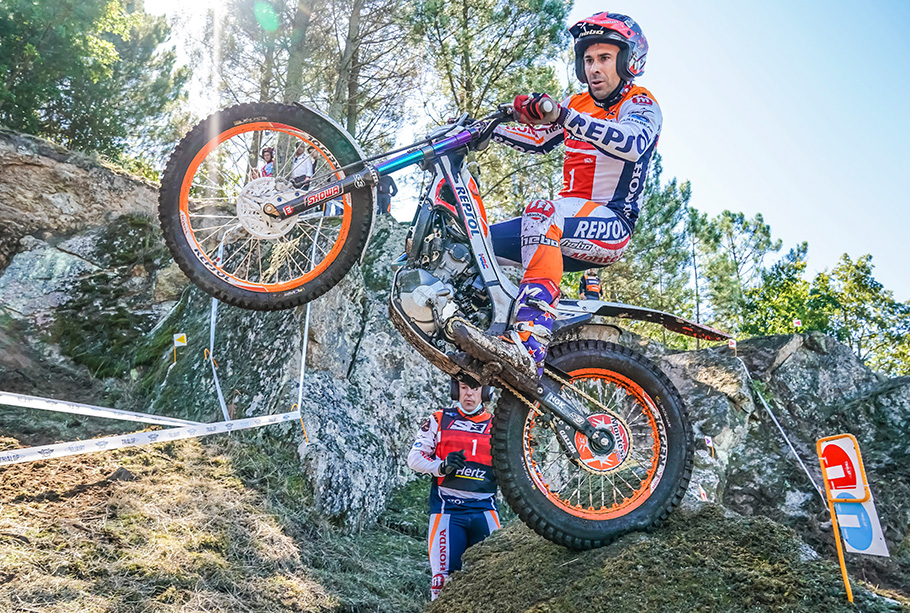 “This year has been very special for me because at the beginning things were very complicated with the injury just a month before the start of the championship. In the end there will come a year when I will not be able to win – I’ve won for 15 consecutive years – but the fact that I got injured just before the start of the world championship made it special and I didn't want to lose a championship in this way. Once again we battled 100%, I tried to get into shape as the championship progressed and the fact that I had a very good work rate before I got injured also helped me to recover faster. I am very happy to be able to win another world championship. Once again, many thanks to the whole team.
Today was also a very special day for everyone as it was Fujinami's last trial. It is very difficult to think of Team HRC without him. I wish him all the best for the future.”

“I would like to congratulate Toni on winning his unprecedented 15th Trial World Championship title. The championship schedule has been severely affected in 2020 and 2021 due to the coronavirus pandemic. To win under such circumstances requires maintaining peak level skills along with physical and mental strength, which Toni has done with flying colors, earning him the highest of praise. I would also like to extend my deepest gratitude to the team who made his victory a reality, and our sponsors for their unwavering support of our motorsports activities. Last but not least by any means, I would like to thank Trial fans worldwide for their passionate support.”