32-year-old Argentine Kevin Benavides rode his first Dakar Rally in 2016, racing for the Honda South America Rally Team, finishing his debut race in 4th place. Since then, Benavides has raced for Monster Energy Honda Team*. In this year’s edition, Benavides won the fifth stage, giving him the overall lead. Despite relinquishing his position once, he regained the lead in Stage 10, which he defended with a solid performance until the end, earning his first Dakar victory.

2021 marks the 43rd edition of the Dakar Rally, which was first held in 1979 (then known as the Paris-Dakar Rally), and the second edition since moving to Saudi Arabia. Honda first competed in the Dakar, dubbed the most grueling motor sports competition, in the third edition in 1981. Five years later in 1986, Honda won its first Dakar with the NXR750, and went on to win the three following editions as well. Honda left Dakar competition in 1990, and returned in 2013 (when the Dakar was held in South America) with the CRF450 RALLY. In 2020, Honda won for the first time since returning to the event. 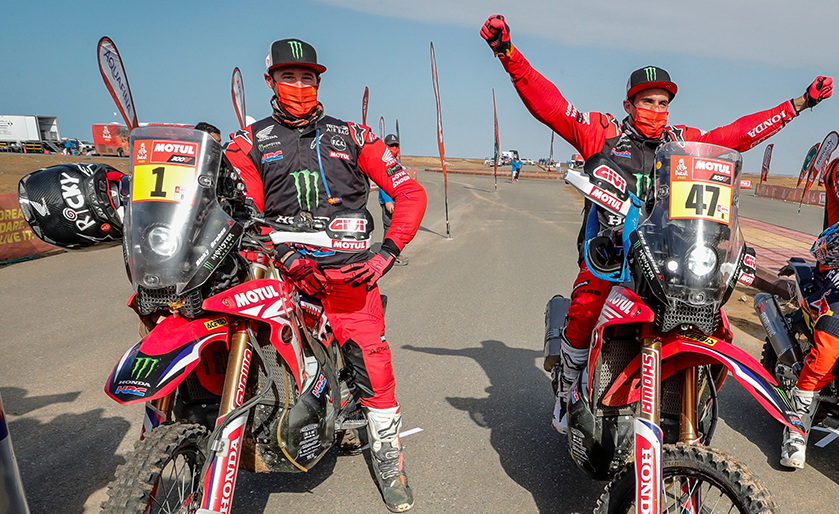 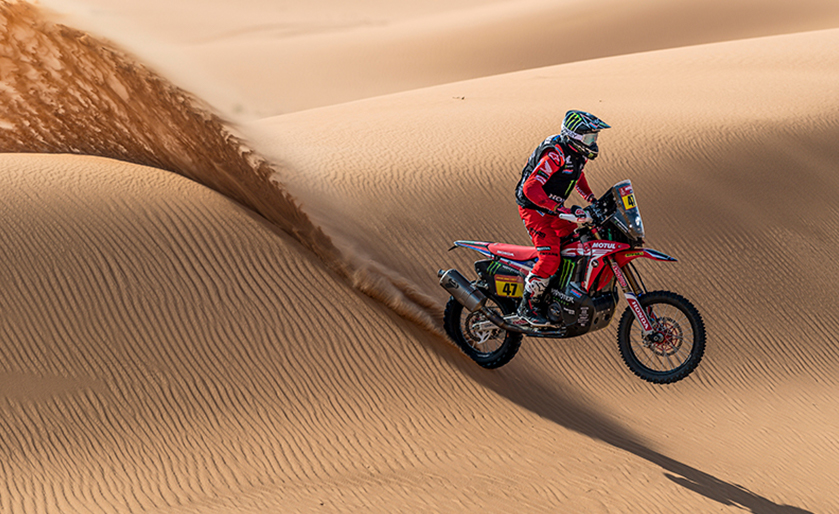 Kevin Benavides and his CRF450 RALLY

“The final stage of this Dakar 2021 was very difficult. I started third so I thought that it would be easier, but it was not like that. At kilometer 50 all the riders in front got lost, so I began to open the track. The stage has been very difficult to navigate so I stayed very focused on doing things well. I gave everything to achieve this win which is a dream come true for me. I am very happy and thrilled about it. I crossed the finish-line thinking about many things, with great emotions... Paulo Gonçalves also crossed with me... It was a great moment. I am really pleased and I’m living this moment. I want to thank the whole team, starting with my mechanics, for the great job they have all done this difficult year. Thanks also to Honda for giving us such a great bike which made it possible to achieve the dream.”

“Congratulations Kevin Benavides! I am also truly grateful to Ricky Brabec for completing such a grueling rally in a manner as good as winning, José Ignacio Cornejo who led the rally until his unfortunate retirement, and Joan Barreda. Monster Energy Honda Team riders could only perform as well as they did despite the COVID-19 situation, because of the team staff and everyone in the development team working smart to overcome the many difficulties. I am truly grateful. I would also like to share our elation in victory and our gratitude with our sponsors, and all of our fans. And last but certainly not least, I respect and thank the race organizers and the other teams for making this event a reality despite the extreme circumstances.” 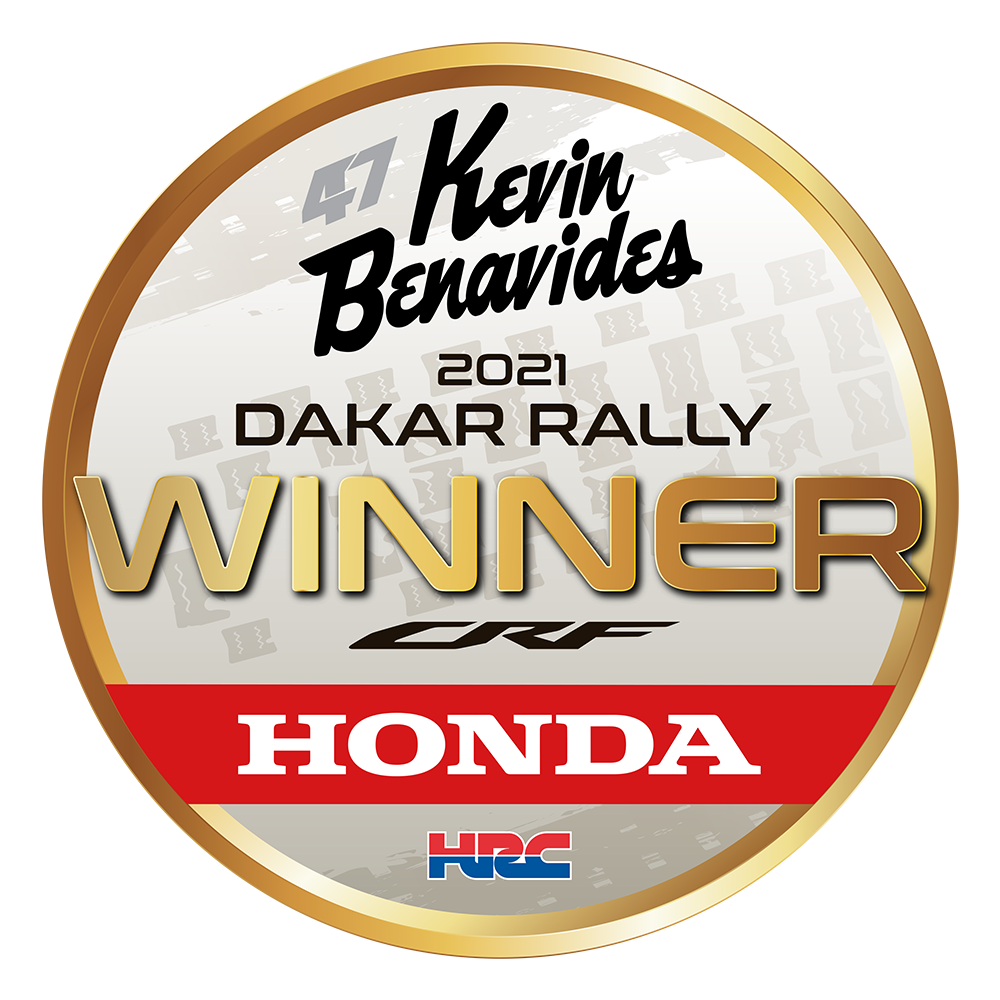