When a power grid is damaged during a disaster such as typhoons and rainstorms, people suffer from an interruption in the supply of power to their homes and evacuation centers. To address this issue, Toyota and Honda will bring technologies together to create a mobile power generation/output system and conduct demonstration testing of delivering electricity to people. Taking advantage of its mobility, the Moving e can be utilized as a “phase-free*” system which can be used in times of a disaster to support disaster response by supplying electricity in an affected area, as well as in normal times for routine uses such as supplying power at an event. Through this demonstration testing, the two companies will confirm the actual needs of people and verify usability of the system.

The Moving e mobile power generation/output system will consist of:

The CHARGING STATION loaded with all equipment will be driven to the place and the Moving e will supply electricity in actual locations. More specifically, portable external power output devices and portable batteries will be used to take electricity out of the fuel cell bus, which serves as a power source, and feed electricity to electrical appliances.

Developed based on the previous version of Toyota FC bus, the CHARGING STATION fuel cell bus is equipped with twice as many high-pressure hydrogen tanks that significantly increased the amount of hydrogen it can carry, enabling the CHARGING STATION to feature a high-output and large-capacity power generation capacity (generates 454kWh with maximum output of 18kW). In case of power outage during a disaster, this large capacity enables the Moving e to supply electricity in indoor areas such as an evacuation center, as well as inside vehicles by storing electricity generated by the CHARGING STATION in large-capacity portable batteries, namely Honda Mobile Power Packs and LiB-AID E500 via the Power Exporter 9000.

Furthermore, featuring a space where people can take a nap, the CHARGING STATION can serve not only as a means of transportation but also as a place for people to rest in times of a disaster.

The two companies will verify the effectiveness of the Moving e mobile power generation / output system as a phase-free system through various uses by municipalities and businesses which fulfill the necessary conditions and are willing to cooperate with the testing.

* Phase-free: The concept of utilizing the same products and services not only in normal times but also in times of an emergency by eliminating the concept of two different phases – normal time and time of emergency. 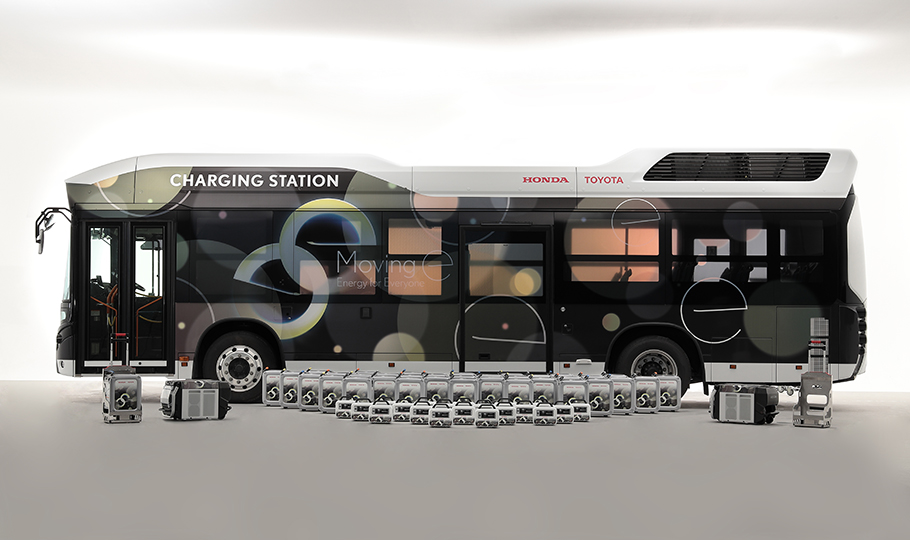 A complete set of equipment consists of Moving e 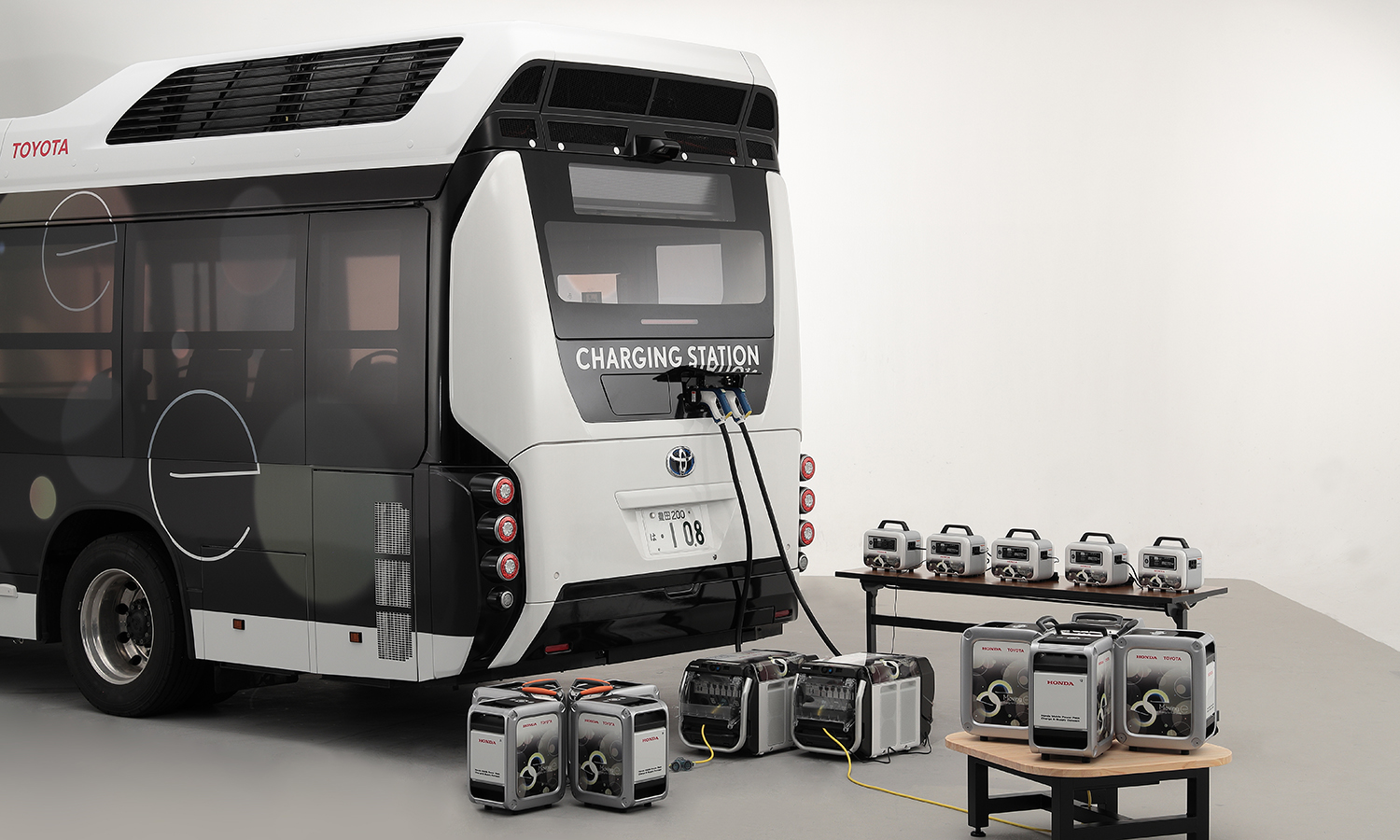 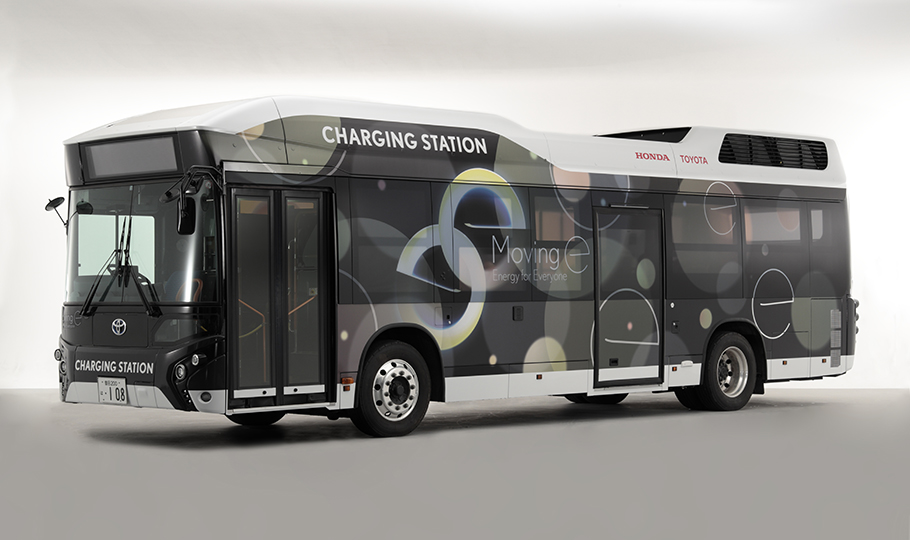 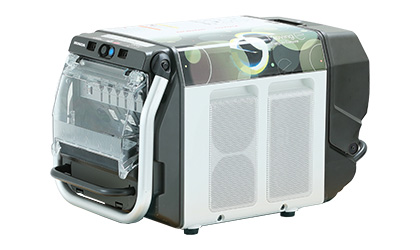 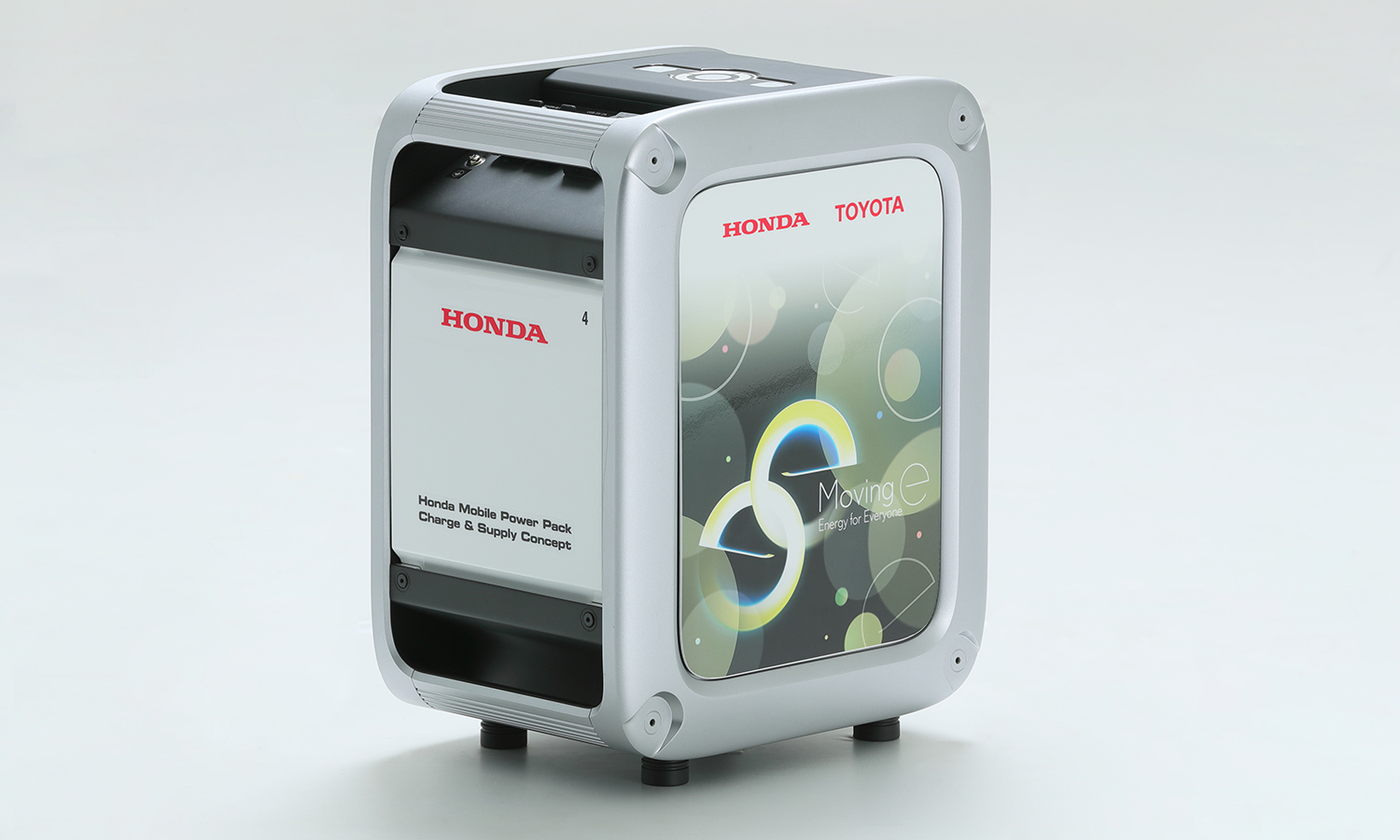 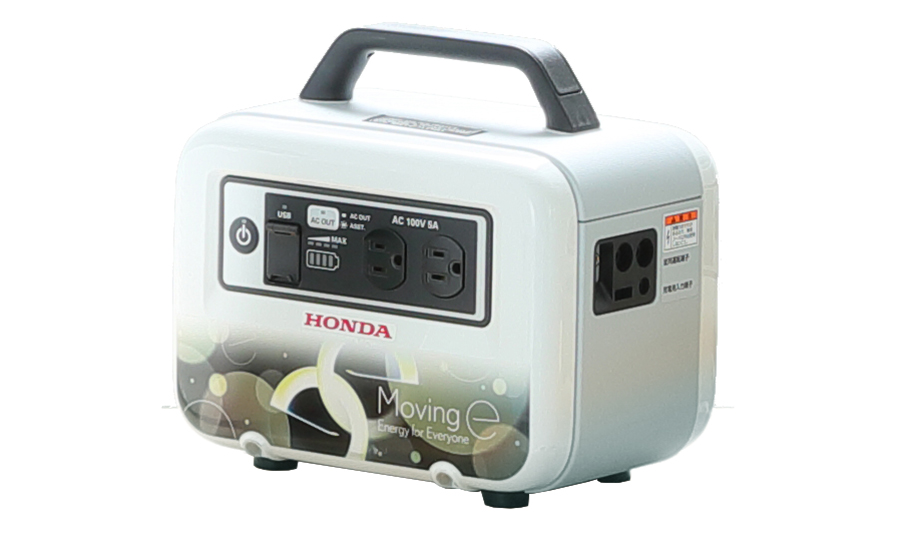