Honda to Begin Sales of All-new Fit in Japan 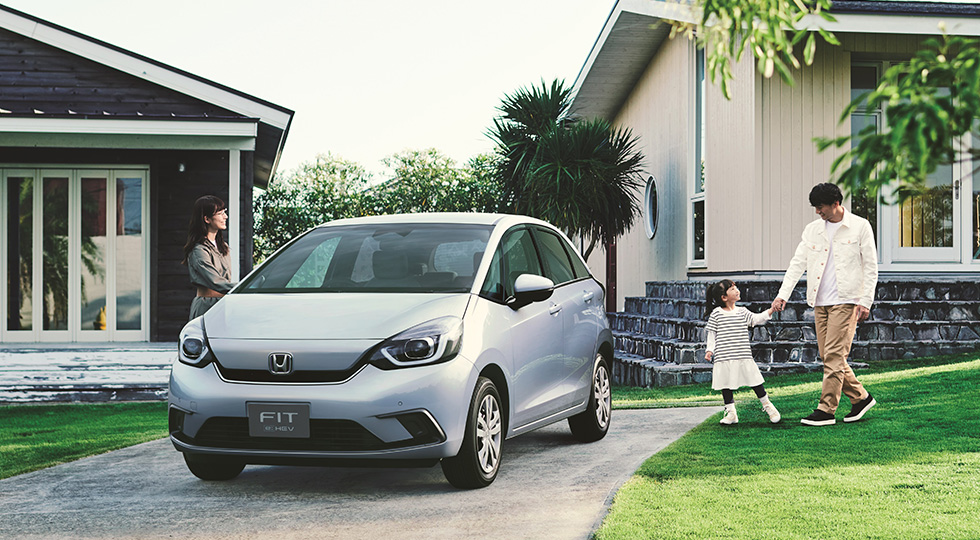 The Honda Fit defied common perceptions about compact cars when it was first introduced in 2001, with key features including a spacious cabin that embodied Honda’s longstanding M/M concept*3, versatile seat arrangements and outstanding fuel economy, and it became one of the models that represent the Honda brand.

Since then, the second- and third-generation models, launched in 2007 and 2013, continued evolving while maintaining the original design philosophy, and Fit is still growing as a global model now being sold all around the world.

While inheriting outstanding performance built up by previous generations of Fit and high functionality, including an overwhelmingly spacious cabin and excellent utility, which are beyond what people expect of compact cars, this 4th-generation all-new Fit was developed anew as a model which will further satisfy its customers.

In the pursuit of the true needs and desires of customers, the development team arrived at customers’ latent needs for relaxation and a therapeutic effect while they are traveling by car. The team identified “comfort” which fulfills such needs as a new value proposition of Fit and embodied it by incorporating ingenious technologies unique only to Honda.

<Commitment of the all-new Fit – “Four dimensions of comfort”>

The all-new Fit comes in five different types from which customers can select the model that is right for them depending on their lifestyle and life stage. This is different from the conventional type setting based on differences in featured equipment.

The five types are: the BASIC which is simple and highlights the individual quality of the customer; the HOME which features a design that fits naturally into people’s daily lives and outstanding comfort; the NESS which is perfect for customers who want to enjoy active lifestyles on a daily basis; the CROSSTAR for customers who enjoy their lives with weekend outings; and the LUXE which is stylish and features both sophistication and high quality. 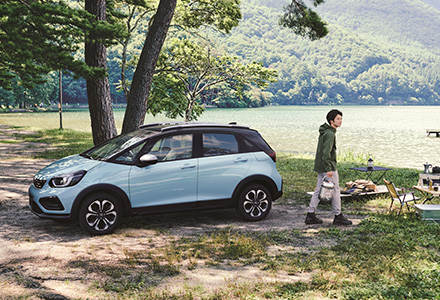 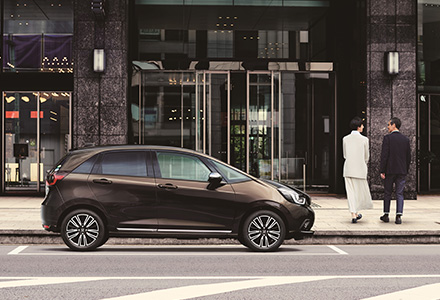 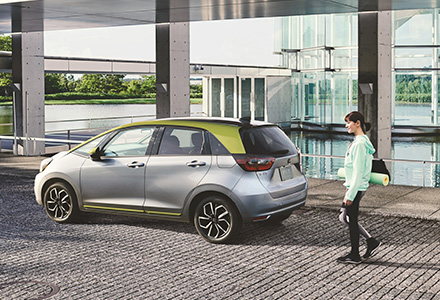 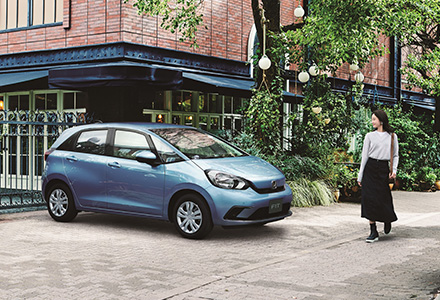 A front wide-view camera which covers a wide area in front of the vehicle was included for the first time to Honda SENSING for the all-new Fit to work together with eight existing sonar sensors mounted in the front and back of the vehicle. Three new functions will be added to the list of eight existing functions of Honda SENSING for Fit, namely the False Backward Start Prevention, Auto High Beam Headlights and Short-distance Collision Mitigation Braking System which is featured for the first time among all Honda models.

<Functions included in Honda SENSING for the all-new Fit>

The Honda Techmatic System designed for customers with disability in legs and/or arms will go on sale on April 16, 2020 from Honda Access.*
URL: https://www.honda.co.jp/welfare/purpose/for-drive/ (Japanese only)