Team HRC, Honda’s factory team competing in the MFJ*2 All Japan Road Race Championship (JRR) JSB1000 class, will be partnering once again with Red Bull, and will compete in this year’s Suzuka 8 hours as “Red Bull Honda.” The team will be represented by Takumi Takahashi, currently top ranked in the JSB1000 class (as of the end of Round 3), who will be joined by FIM Superbike World Championship (WSBK) rider Ryuichi Kiyonari and HRC test rider Stefan Bradl, who will ride Honda’s CBR1000RRW factory bike based on the CBR1000RR SP2.

2017-2018 champions F.C.C. TSR Honda France are currently ranked 3rd in this season’s EWC with two wins (as of the end of Round 4). Team riders Freddy Foray, Josh Hook and Mike di Meglio will be aiming to take back the lead, and win the championship once again.

For KYB MORIWAKI RACING, JSB1000 rider Yuki Takahashi will be joined by JRR ST600 rider Tomoyoshi Koyama. Their third rider is yet to be announced. Three-time Suzuka 8 hours champions MuSASHi RT HARC-PRO. Honda have secured Ryo Mizuno, currently 4th in JSB1000 (as of the end of Round 3), and British Superbike Championship (BSB) rider Xavi Forés, and will be announcing their other riders. 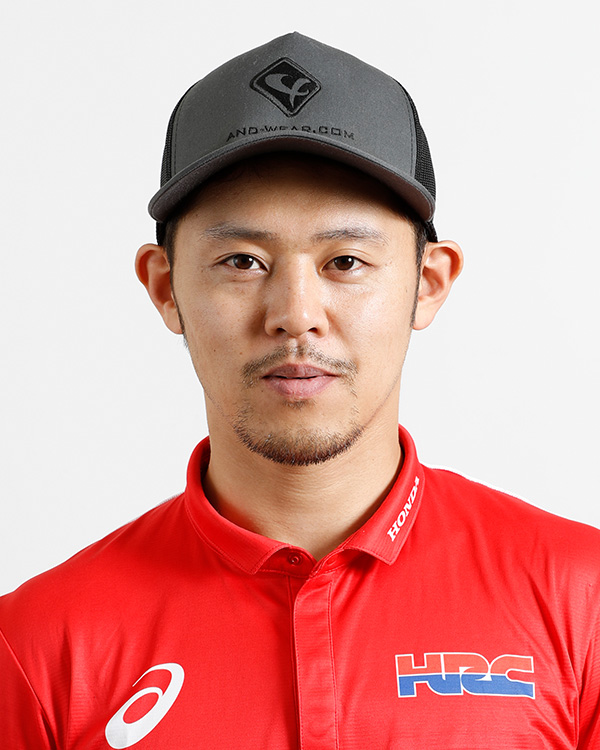 Takumi Takahashi (Competing in JRR JSB1000 class for Team HRC)
“This is our second Suzuka 8 hours as Honda’s factory team, and we strongly feel we have to win. The biggest change from last year is that I’m doing well in the JRR so far, and everything has fallen into place. We’re determined to get our revenge on last year’s performance. I’m also heartened that I’ll be riding with [Ryuichi] Kiyonari, who I won in 2010 with, and MotoGP rider [Stefan] Bradl. I look forward to everyone’s support for Red Bull Honda.” 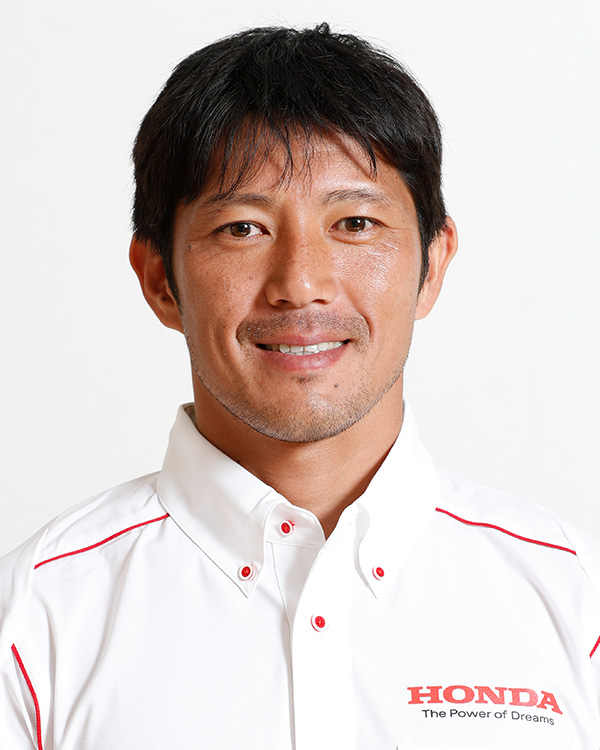 Ryuichi Kiyonari (Competing in WSBK for Moriwaki Althea Honda Team)
“I’m proud to be back to the Suzuka 8 hours as a member of Honda’s factory team. I’m now familiar with the Bridgestone tires because of the tests, and I want to play my part well in the best possible condition. I ride  the CBR1000RR SP2 all the time in WSBK, so I’ll do my best to live up to everyone’s expectations. I hope to see everyone at Suzuka, and hope they’ll be supporting Red Bull Honda.” 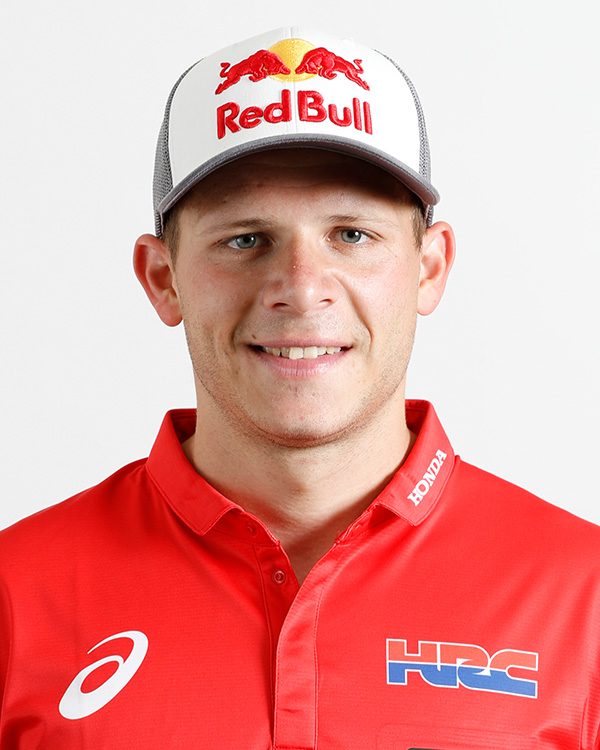 Stefan Bradl (HRC contract MotoGP test rider)
“I’m glad to be a part of Honda’s factory team. I’m excited to be racing in this race because it’s a very important race for Honda, and many racing legends have won here. I’ll do my best with my teammates, who have won here, to show the fans an exceptional race.” 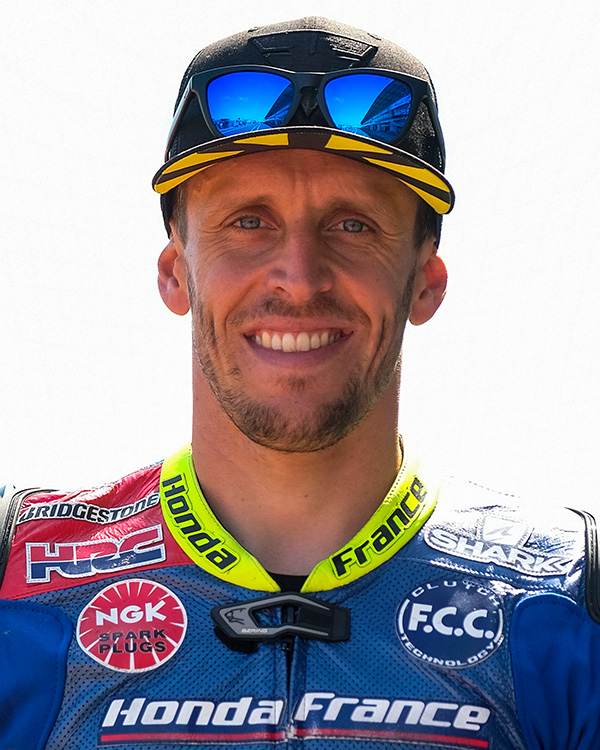 Freddy Foray (Competing in EWC for F.C.C. TSR Honda France)
“After winning Bol d’Or (opening round), we haven’t done as well for two races (Le Mans and Slovakia), so our win at Oschersleben was really special. We moved up to 3rd in the ranking, and we’ll be even more motivated for the final round, the Suzuka 8 hours, at the team’s home track. I’ll be doing everything I can to prepare to do my best at Suzuka.” 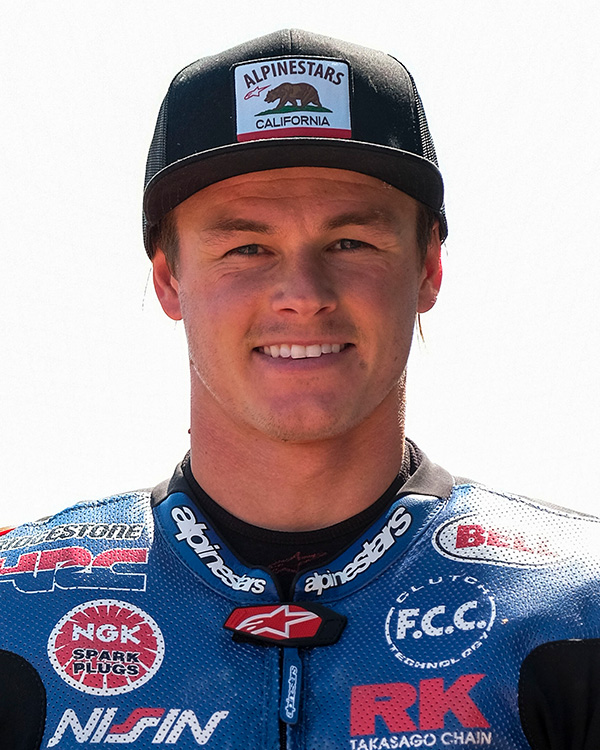 Josh Hook (Competing in EWC for F.C.C. TSR Honda France)
“I’m grateful to the team and my teammates for our win at Oschersleben. I’m excited to ride the Suzuka 8 hours-spec bike, because I’ve ridden at Suzuka many times and it’s a track I like, and this year’s bike is perfect. With our win at Oschersleben, it is possible for us to win the title at Suzuka, and of course that’s what I’ll aim for when riding, and look forward to achieving our goal.” 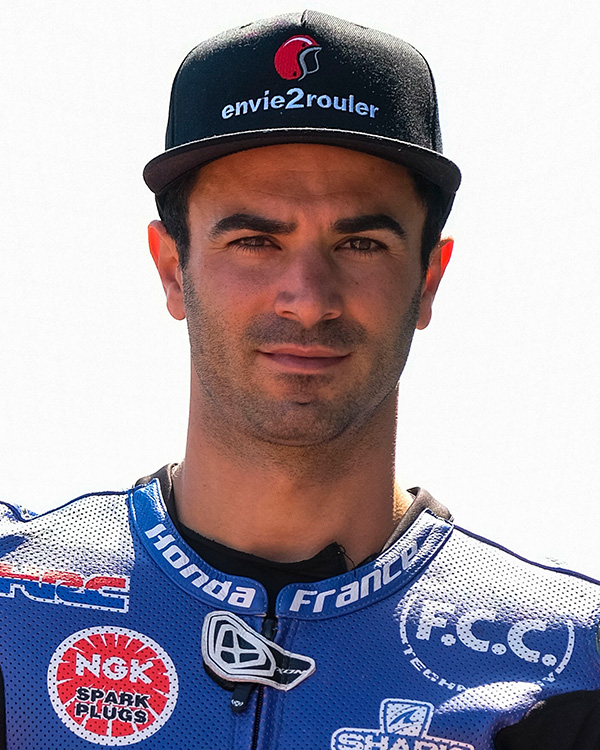 Mike di Meglio (Competing in EWC for F.C.C. TSR Honda France)
“Our win at Oschersleben undoubtedly made the team even stronger. And the Suzuka 8 hours is the final battleground to win the title.We’ll be doing everything to prepare to climb to the top of the podium. I have race experience at Suzuka, so through a few more tests I’ll be getting a deeper understanding of the Suzuka 8 hours bike and the track.” 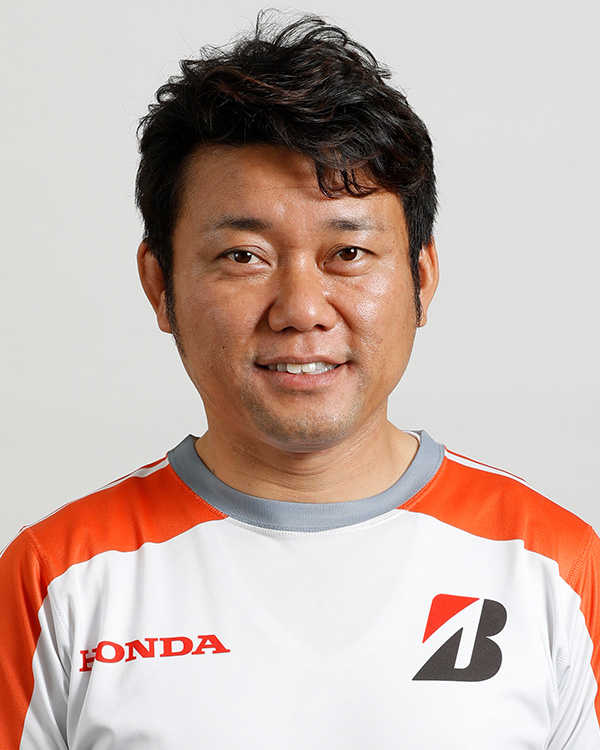 Kosuke Akiyoshi (Competing in JSB1000 for au Teluru SAG RT)
“We’ll bring the knowhow and teamwork nurtured in the first half of this year’s JRR to the Suzuka 8 hours. We have Moto2 rider Tetsuta Nagashima and Taiga Hada, a real rising star. We’ll be consistently up with the leaders. I look forward to your support.” 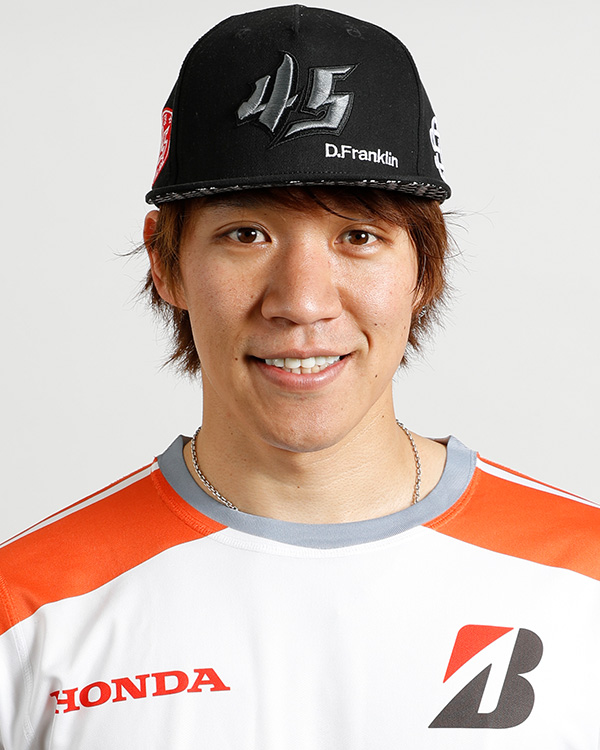 Tetsuta Nagashima (Competing in Moto2 for ONEXOX TKKR SAG Team)
“I’m deeply grateful for the support from team manager Nakagome and everyone, to allow me to compete in the Suzuka 8 hours again with au Teluru SAG RT. We had a good race here last year, but I’ll try to do even better this year. Thank you for all your support.” 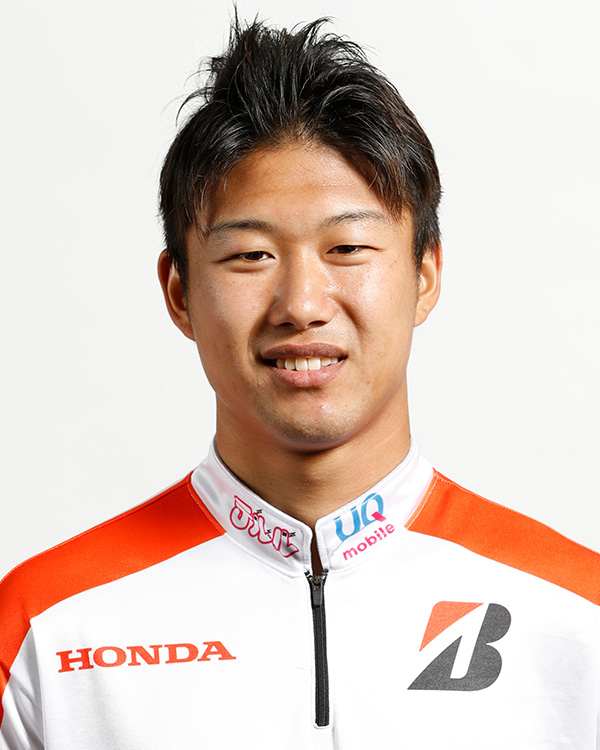 Taiga Hada (Competing in JSB1000 for au Teluru SAG RT)
“I’m glad to be able to race in the Suzuka 8 hours with au Teluru SAG RT. I’ve only competed in sprint races and it’s my first endurance race, but I’ll give it all I’ve got up to the end. I’ll aim for the podium with my talented teammates.” 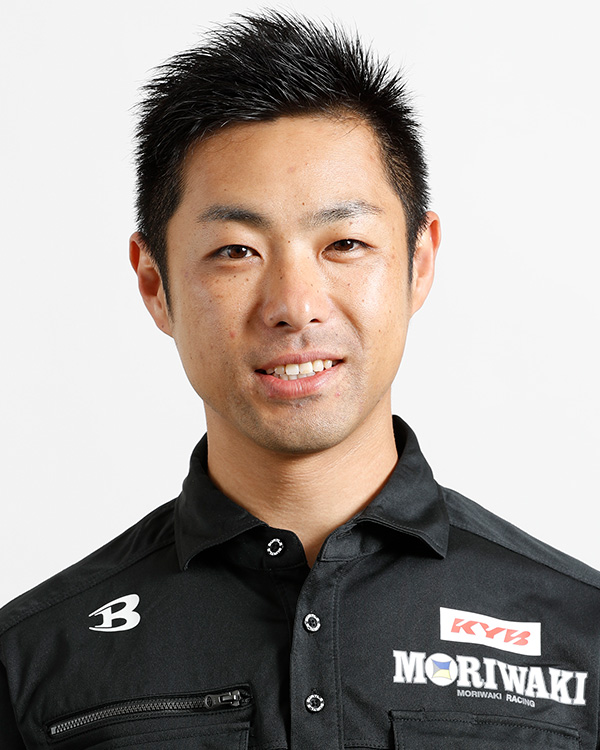 Yuki Takahashi (Competing in JSB1000 for MORIWAKI MOTUL RACING)
“First, I’m grateful to be racing again in the Suzuka 8 hours as a part of the Honda racing family, with KYB MORIWAKI RACING. It’s my first time to join forces with Tomoyoshi Koyama, but we’ve been racing together in Japan and overseas since we were small, so we’ll be aiming for the best possible result. I hope everyone will support us.” 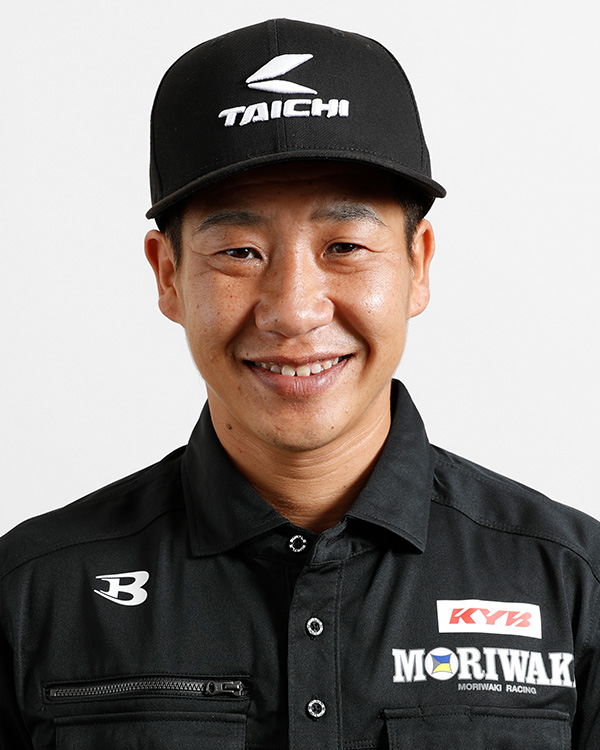 Tomoyoshi Koyama (Competing in ST600 for Japan Post Honda Dream)
“I’m very happy, and proud that I will be racing in this year’s Suzuka 8 hours with KYB MORIWAKI RACING. Yuki Takahashi and I are great friends, and we’ve been through thick and thin together in our grand prix days. It’s like a dream that I’ll be racing in the Suzuka 8 hours with Yuki, so I’ll try not to drag him down, and I’ll do my best to contribute to the team. I’m looking forward to your support.” 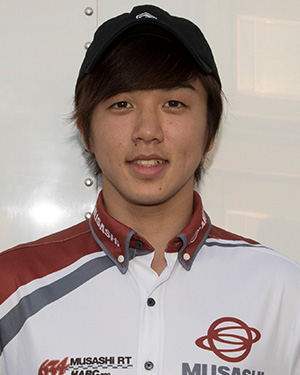 Ryo Mizuno (Competing in JSB1000 for MuSASHi RT HARC-PRO. Honda)
“I’m very glad to be able to once again race for MuSASHi RT HARC-PRO. Honda. in this year’s Suzuka 8 hours. The team has won the event three times, and they race in the JRR so I have a lot of confidence in the team, and will be at Suzuka fully prepared. Our three riders will give it everything to aim for victory.” 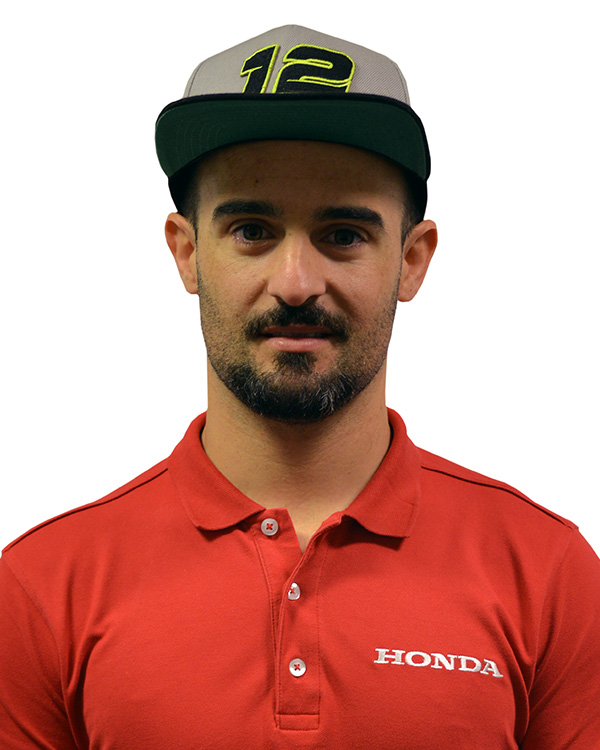 Xavi Forés  (Competing in BSB for Honda Racing)
“I'm really excited I will be racing with the MuSASHi RT HARC-PRO. Honda. team in the Suzuka 8 hours, a truly famous race. I'm also deeply grateful to have the opportunity to race as a member of the Honda family. It's my first time in an endurance race at Suzuka, but I already can't wait. I'll do my best to get good results.”

Note:
Team details are current as of June 13, and are subject to change
Teams listed in order of bike number (#)