In order to discover and nurture from the Asia region riders to compete at the highest levels of competition, Honda is participating in the FIM* MotoGP World Championship Moto2 class, and Moto3 class as Honda Team Asia.

For the 2019 Moto3 season, Japanese rider Kaito Toba who has raced for Honda Team Asia since 2017 will be joined by compatriot Ai Ogura. Ogura currently races in the FIM CEV Moto3 Junior World Championship, and has also raced, and scored points, in four FIM Moto3 World Championship rounds as a wildcard entry in 2018.

“Since 2013, Honda Team Asia has been an integral part of Honda’s racing activities throughout the Asia region, and has supported young riders dreaming of racing in the MotoGP premier class. All three of riders joining us for the 2019 season have been outstanding performers in their categories, and will join Kaito Toba in his third year, to give their best to realize their dreams. Last year, IDEMITSU Honda Team Asia’s Takaaki Nakagami moved up to the MotoGP class. I look forward to our four riders following in Nakagami’s footsteps soon.”

“First, I would like to thank IDEMITSU and our other sponsors for their continued support in 2019, and the opportunity for me to lead the teams. In the Moto2 class, of all the riders I have seen, Chantra has exceptional talent, ever since his Asia Talent Cup days. Dimas [Pratama] is a hard worker, and has earned his place in Moto2 after three years of CEV experience. Both riders have exceptional potential, which I will do my best to support. In the Moto3 class, I’m looking forward to Toba’s performance worthy of his third year in the competition, and can’t wait to see Ogura fighting throughout the season. A lot of people have high expectations of our riders, so we will work hard as a team to get the best results possible. I believe our four riders will perform well on the world stage in 2019.” 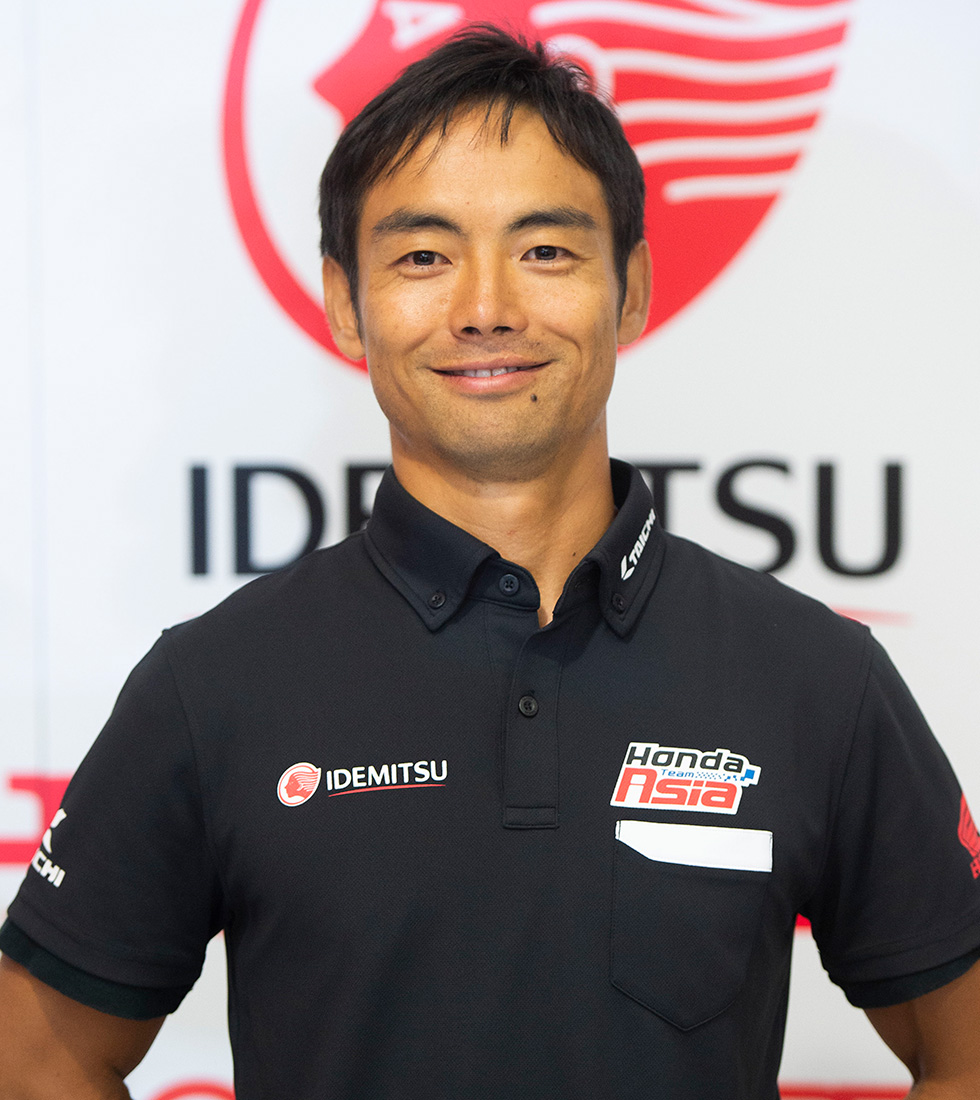 “To be able to compete in one full season in the Grand Prix race in Moto2 class is a valuable opportunity that I am looking forward to. The challenge will be very different from the CEV Moto2 because the engine is different. Even so, armed with my previous experience of performing in the CEV Moto2 class and the wild card GP Moto2, I will try to adapt quickly and give my best performance in GP Moto2 next year. My target in GP Moto2 next year is to perform optimally and be able to score points. I hope next season will be a good season for me and the team. Thanks to Honda for giving me this opportunity, Astra Honda Racing Team for the support and cooperation over the past 4 years at FIM CEV Moto2, my sponsors, and also families who always support and pray for the best.” 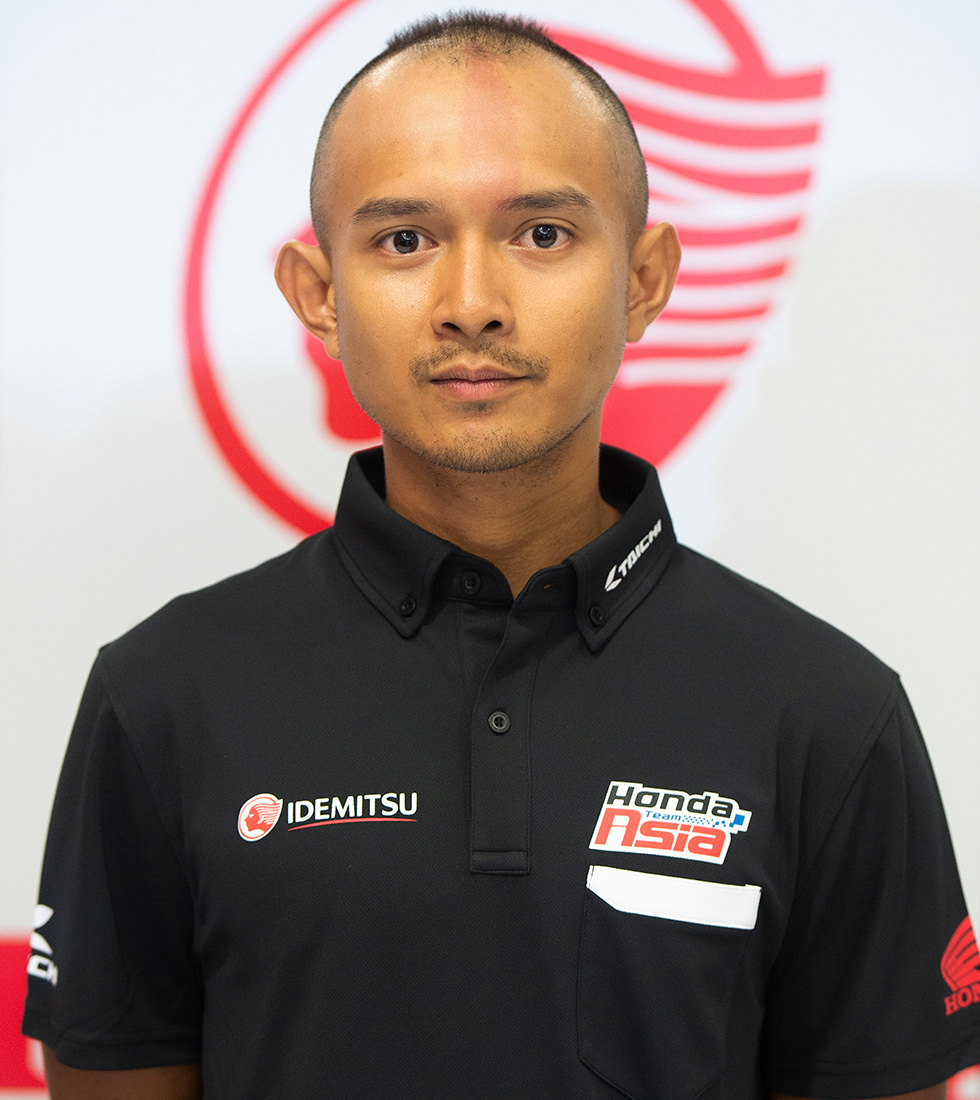 “First I would like to thank Honda, the team and our sponsors to give this big opportunity to me. I’m very pleased to join Moto2 racing next season, and proud to join this team. I’m hoping to get good results in opening round, so I will try my best to train, practice and adapt to the bike as fast as I can.” 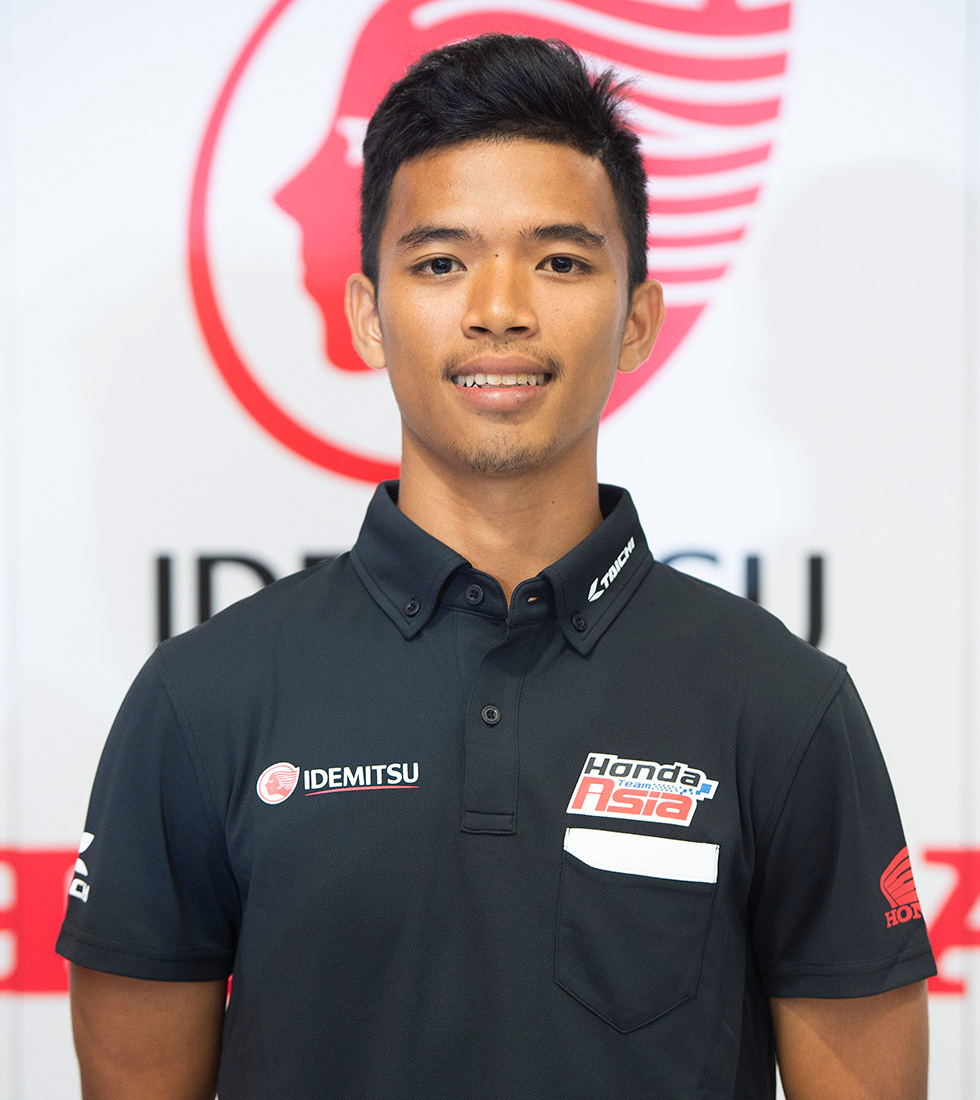 “I have learned a lot through my two seasons in Moto3 racing. I’ll take advantage of those experiences, avoid mistakes, and perform at 100% of my abilities. For my third year in the championship, I’m aiming for the title, of course, but first I will make sure I’m consistently fighting for the podium, gaining results, and fighting for the championship throughout the season. To that end I will be training hard throughout the winter break, concentrate every race, and give everything I have to work hard with the team.” 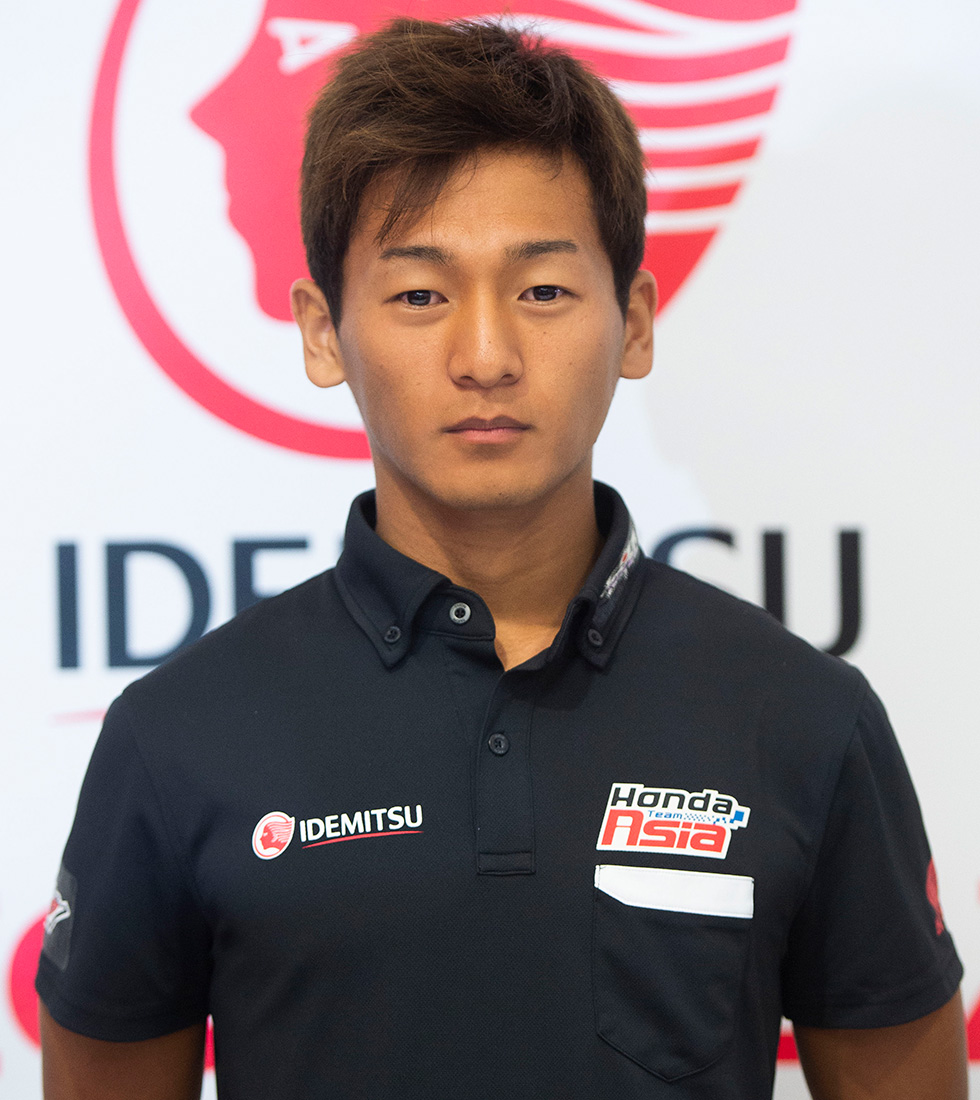 “I would like to thank Honda, our sponsors, and all of our supporters for giving me the opportunity to race in the 2019 Moto3 championship. I have been preparing for years to race on the world stage, through my experiences in the Asia Talent Cup, Red Bull Rookies Cup and CEV. I’m not satisfied with my results to date, but I am confident with my riding, and I’m excited about racing next year. I am grateful that I will be able to race on the world stage, which I have dreamed about since childhood, and I will do my best in every race.” 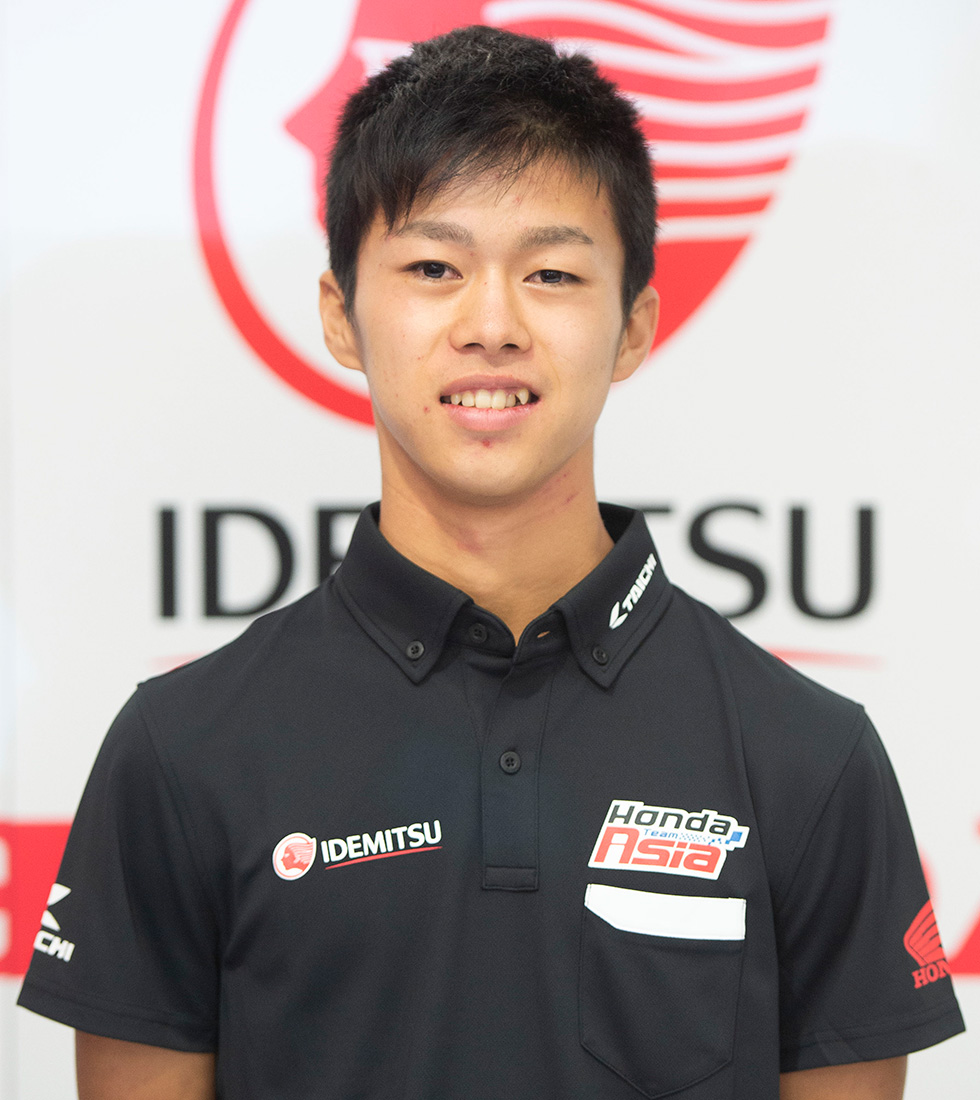