Since the company’s foundation, Honda has always conducted its business with an awareness of the global nature of its operations. In 1969, Honda began production of the N600 small-sized passenger car and TN360 mini-truck in Taiwan by signing a technical collaboration agreement with a local company, which became Honda’s first automobile production outside Japan. Moreover, in order to increase international competitiveness, Honda entered overseas markets on its own and began production of Accord in Ohio, in the U.S. in 1982, which became Honda’s first automobile production by its own local subsidiary outside of Japan. This Accord became the first*4 passenger car produced in the U.S. by a Japanese automaker.

Honda will continue utilizing its global resources and offering attractive products for the joys of our customers all around the world.

“Thanks to the support from our customers around the world, Honda was able to deliver 100 million automobiles. The passion of our company founder who wanted to help people in their daily lives and pursue the joy of driving has been inherited by Honda associates as the original starting point of Honda automobile manufacturing. Striving to meet the next 100 million customers, Honda will continue delivering increasingly attractive products.” 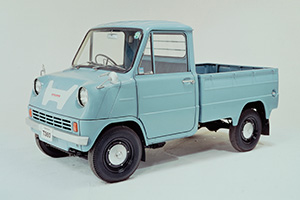 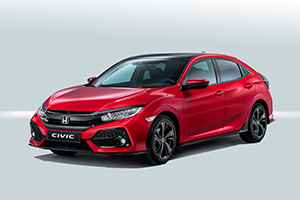 Civic Hatchback (produced in the U.K.)