TOKYO, Japan, September 18, 2008 - Honda Motor Co., Ltd. announced today that it will begin using its new third generation pedestrian dummy, POLAR III, in vehicle-to-pedestrian crash tests before the end of this year, with the aim of reducing pedestrian lower back and upper leg injuries which are common in collisions between a pedestrian and a SUV or mini-van.

With POLAR III, the reproduction fidelity for the lower back and upper leg areas has been further improved enabling the evaluation of bone fractures in these areas in addition to the prior ability to evaluate injuries to knee ligaments and fractures to lower leg bones.

In 1998, Honda became the first in the world to develop a pedestrian crash test dummy to reproduce the human body's kinematics during vehicle-to-pedestrian collisions, with the aim of identifying parts of the vehicle body most often resulting in injuries, and developing safety technologies to reduce pedestrian head injuries during the collision with a vehicle. In 2000, Honda broadened the scope of its effort to mitigate pedestrian injuries by developing the second generation pedestrian dummy, POLAR II, which improved reproduction fidelity of the human body's kinematics and measured the level of injury in eight body areas, including the head and neck through use of embedded instruments. Additionally, Honda conducted independently developed simulations in which the kinematics of the body and injuries were reproduced.

With POLAR III, Honda focused on the lower back and upper leg areas which are vulnerable in a collision with taller vehicles such as SUVs and mini-vans, as the volume of this type of vehicle has increased. To enable broader and deeper analysis, the structure of the lower body, including the lower back and upper leg areas, was further advanced. Honda reviewed materials and shapes of the dummy to match it more closely to the characteristics of the human body, and conducted verification to compare the characteristics of each body part of the dummy against the human body. 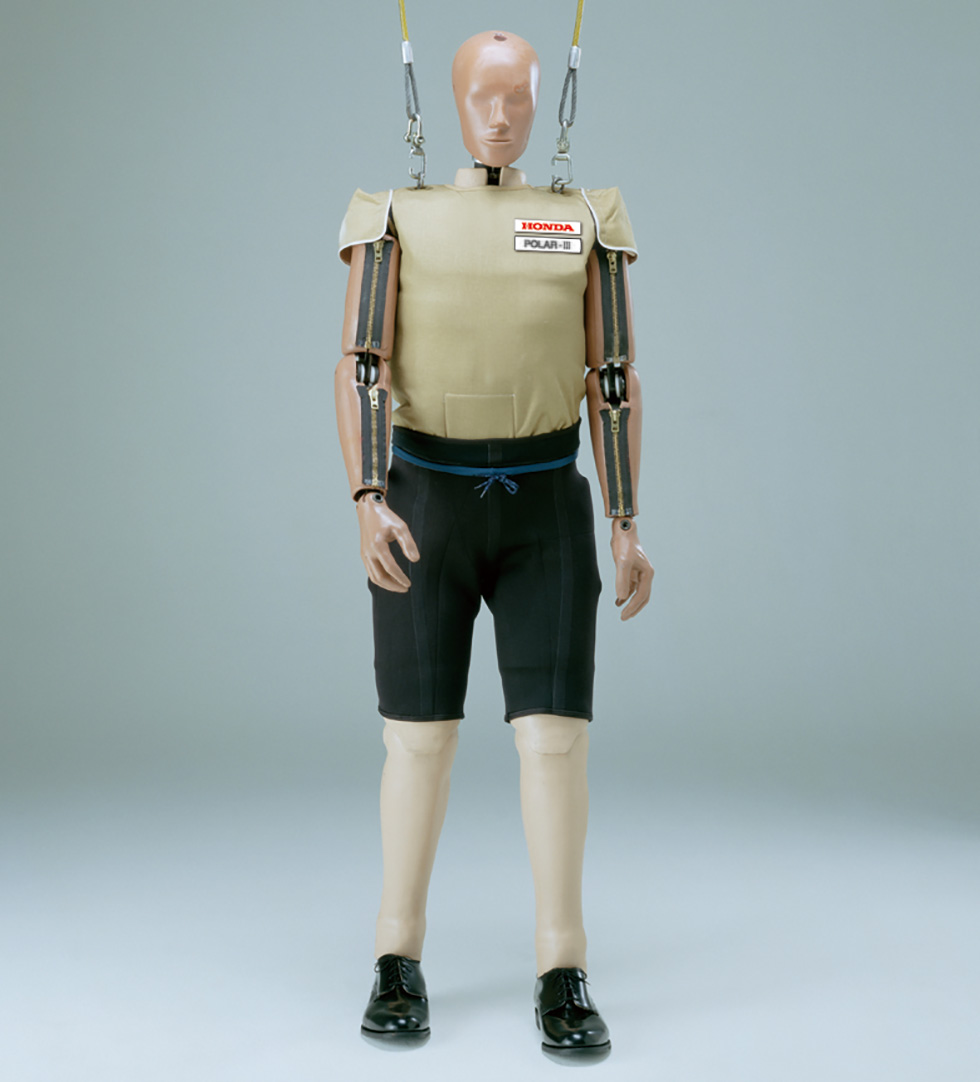 Utilizing these pedestrian dummies, Honda has been proactively conducting research in the area of pedestrian injury mitigation. In 1998, Honda announced the development of a vehicle body designed to reduce pedestrian head injuries and applied it to the HR-V, which was released in September of the same year. Since then, Honda expanded the application of this technology to more models, and it is now applied to all models sold in Japan.