WDHAC was created from the former Wuhan Grand Motor Co., Ltd., which was renamed WDHAC when Honda joined Dongfeng Motor in the new joint venture.  Lines for welding, painting, and assembly were renovated, with the new addition of a final inspection line. For the welding process, Honda installed its advanced general weld equipment - which provides tremendous flexibility.  After these major renovations and upgrades, the plant now has advanced manufacturing lines that reflect Honda's global flexible manufacturing philosophy. The current plant capacity is set at 30,000 units per year, but WDHAC plans to expand up to 120,000 units in the future by adding to its product lineup based on local customer demand. WDHAC has a sales target of 20,000 units for calendar year 2004.

CR-V, the first vehicle to be manufactured by WDHAC, is one of Honda's core global models, following Accord and Civic. Worldwide sales of CR-V have exceeded 1.7 million units since its introduction in 1995, and this vehicle has already gained popularity in China as an import from Japan. The SUV market in China has been growing rapidly in the last several years and reached approximately 110,000 units in 2003, a 143% increase from the previous year. 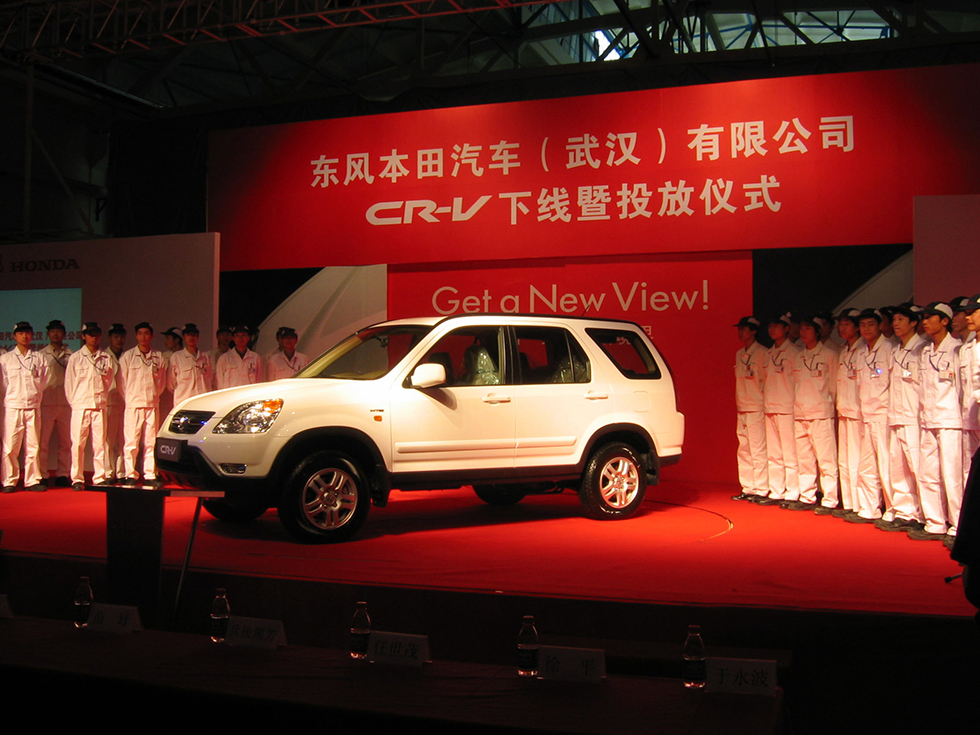