December 20, 2004--Honda Motor, Co. Ltd. and the Hokkaido Prefectural Government today announced an agreement whereby Honda will lease to the Prefecture the next-generation Honda FC Stack-equipped FCX fuel cell vehicle, which is capable of starting in sub-freezing temperatures. The vehicle is to be delivered at the end of January, 2005. Honda is also commissioning the Prefecture’s participation in the ongoing road testing of the new FCX and the collection of data relevant to its sub-freezing temperature start up and operational capabilities and hydrogen supply.

The Japanese Ministry of Land, Transport and Infrastructure certified the next-generation Honda FC Stack-equipped FCX fuel cell vehicle for use on public roads earlier this month, and Honda is planning to lease vehicles to customers in various regions, including those experiencing cold winter weather, in 2005. The operation of the vehicle by the third party Hokkaido Prefecture is seen as an opportunity to verify the performance of the FCX in various winter driving conditions.

Honda has been leasing the FCX in the United States and Japan since December 2002. Having demonstrated the sub-freezing start up and operational capability of the new Honda FC Stack-equipped FCX, and upon receiving the required certification, Honda delivered an FCX vehicle to the State of New York earlier this month. Honda plans to expand its lease program to include customers in a wider range of regions as it continues to work toward large-scale fuel cell vehicle commercialization.

Complementing the high-efficiency advanced operation of the Honda FC Stack, the hydrogen and oxygen delivery systems and the entire fuel cell system have been made more efficient, elevating the new vehicle’s torque energy efficiency, a measure of the extent to which energy is converted to torque, to 55%*1, which is approximately twice that of a hybrid vehicle and three times that of a gasoline-engine vehicle. The driving range of the new FCX is 430km1, some 20% higher than the 355km range of the previous model*2. The ultra capacitor provides over 10% more energy storage, and the motor features 20kW higher output than the previous model, and acceleration performance is significantly improved. 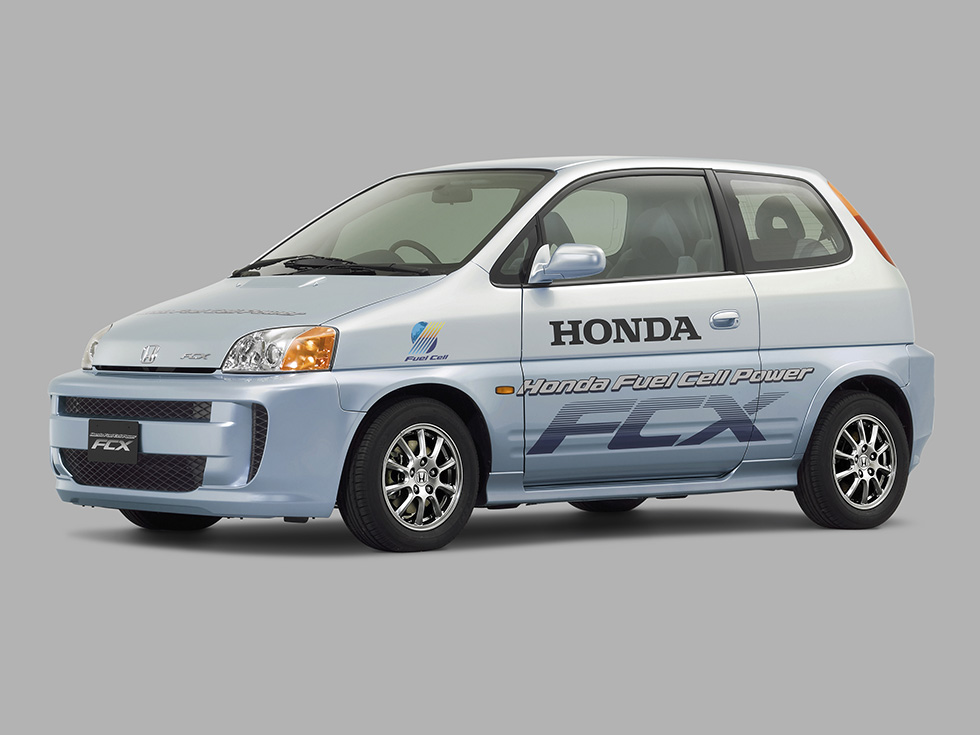