December 2, 2004—Honda Motor Co., Ltd. has announced the release of a special edition of the popular 50cc Monkey leisure bike, featuring the distinctive colors of the CB750F, a bike Freddie Spencer*1rode to victory at the 1982 AMA*2 Daytona Superbike 100. With a production run of 2,500 units, the new bike will be a special limited edition and available starting Friday, December 3, 2004.

This special edition Monkey features CB750F colors on various parts of the bike: a striped-silver tank, dauntless black handlebars, muffler, turn signals, and mirrors, and a striking red and black rear suspension. Topped by a special seat with a carbon-like surface, the new Monkey also bears Freddie Spencer’s signature on a tank sticker and the key. The special edition Monkey will provide great riding pleasure and owner satisfaction. Since being released in 1967, the Monkey has been a hit with countless riders spanning a varied customer profile, thanks to its appealing, compact body, environment-friendly 4-stroke engine, and a 4-speed gear shift for big-bike style performance. 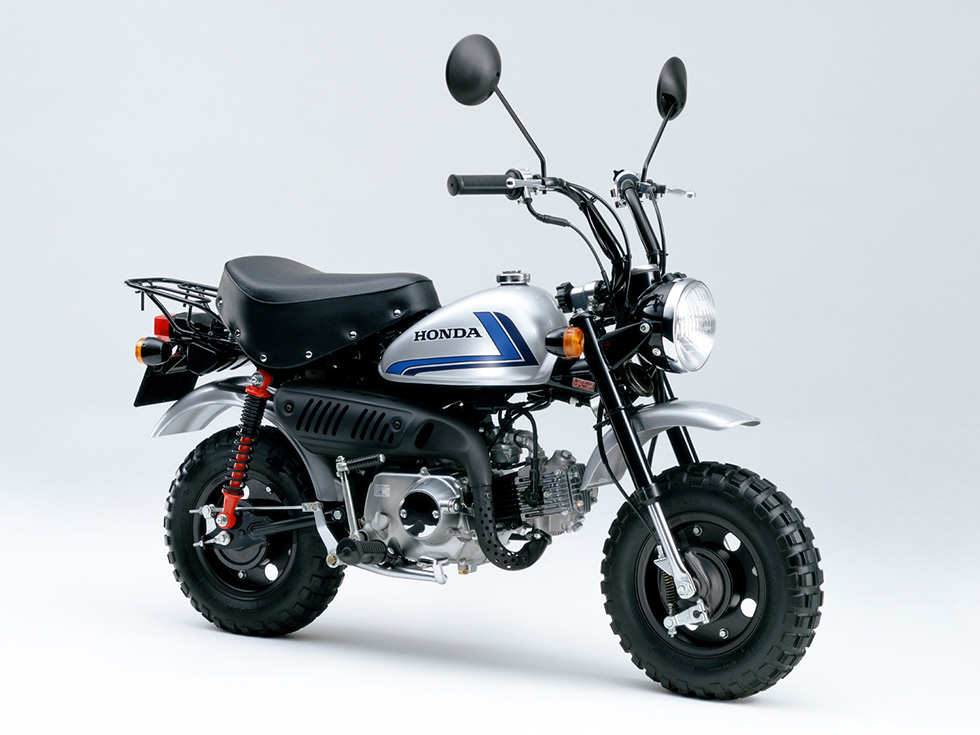