"Honda has taken up a new challenge in mobility," said Hiroyuki Yoshino, president and CEO of Honda Motor Co., Ltd. "With this development of a two-legged humanoid robot that can walk, Honda hopes to create a partner for people, a new kind of robot with a positive function in society."

Honda's basic research and development in humanoid robotics began in 1986 with the goal of developing an autonomous walking robot that could be helpful to individuals as well as of practical use in society. In 1996, Honda's prototype robot P2 made its debut, followed by the more advanced P3 in 1997.

ASIMO -- which stands for Advanced Step in Innovative Mobility -- is a further evolved version of the P3 in an endearing people-friendly size that enables it to actually perform tasks within the realm of a human living environment. Honda's new robotic walking technology adds a sophisticated "predicted movement control" feature to the walking control technology of earlier Honda robots. As a result, ASIMO walks more smoothly, more flexibly, and more naturally, with instant response to sudden movements. The range of movement of its arms has also been significantly increased, while a new portable controller enables easier operation. 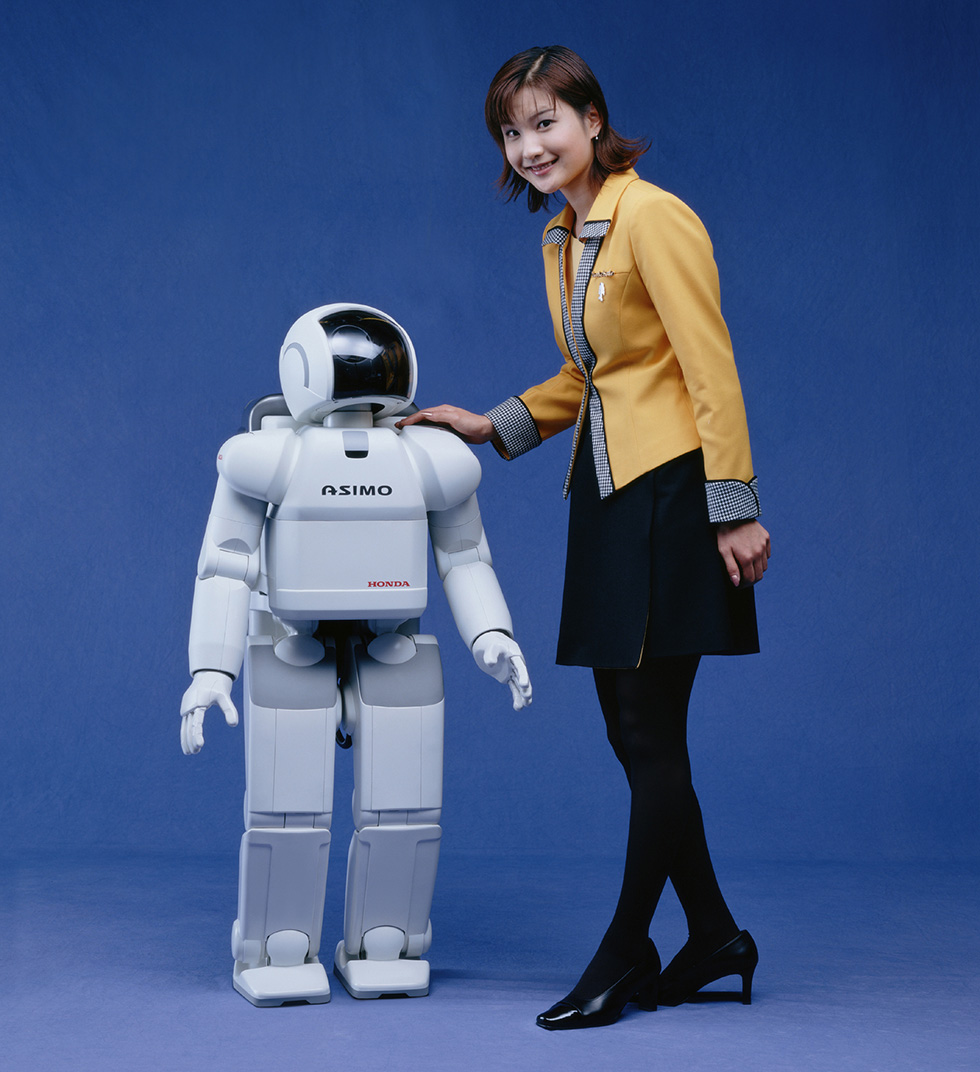