FCVs are the Ultimate Clean Cars Emitting Only Water

Fuel Cell Vehicles (FCVs) are clean cars that do not release CO2 or other harmful exhaust gases into the atmosphere - they emit only water.

FCVs are fueled by hydrogen stored in their tanks. The hydrogen is not burned, but is used to react inside the fuel cell with oxygen in the air, creating electricity, which powers the motor to make the FCV move.

Hydrogen is created through electrolysis of water. By using renewable energy such as hydro-, wind or solar power instead of fossil fuel, hydrogen can be created without releasing any CO2.

On a full tank of hydrogen, FCVs can travel roughly the same distance as gasoline vehicles. FCVs are hoped to be the ultimate clean cars, the cars of the future.

In the late 1980s, Honda believed that cars in the future would be powered by hydrogen energy, and begun basic research on fuel cells, engaging in the research and development of FCVs. In 2008, Honda announced the FCX Clarity, and in 2016, launched the further-evolved Clarity Fuel Cell. 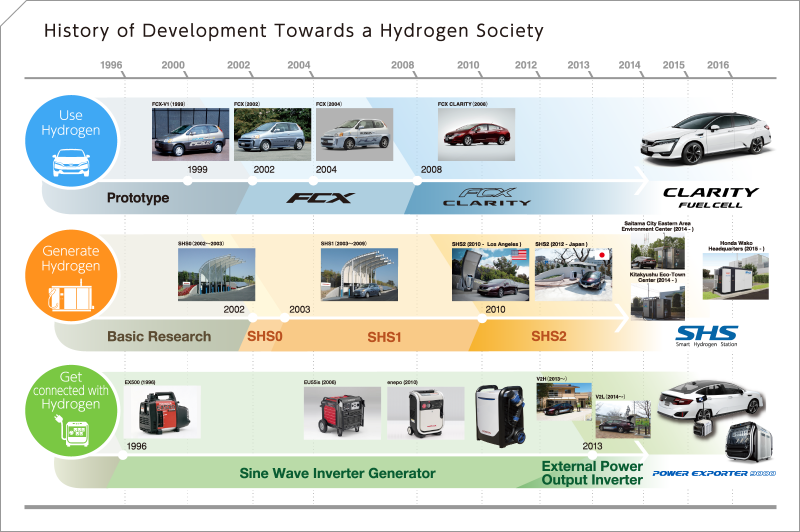 A cell is where the chemical reaction between hydrogen and oxygen generates electricity. A fuel cell stack is made by stacking cells to provide the required amount of electricity. 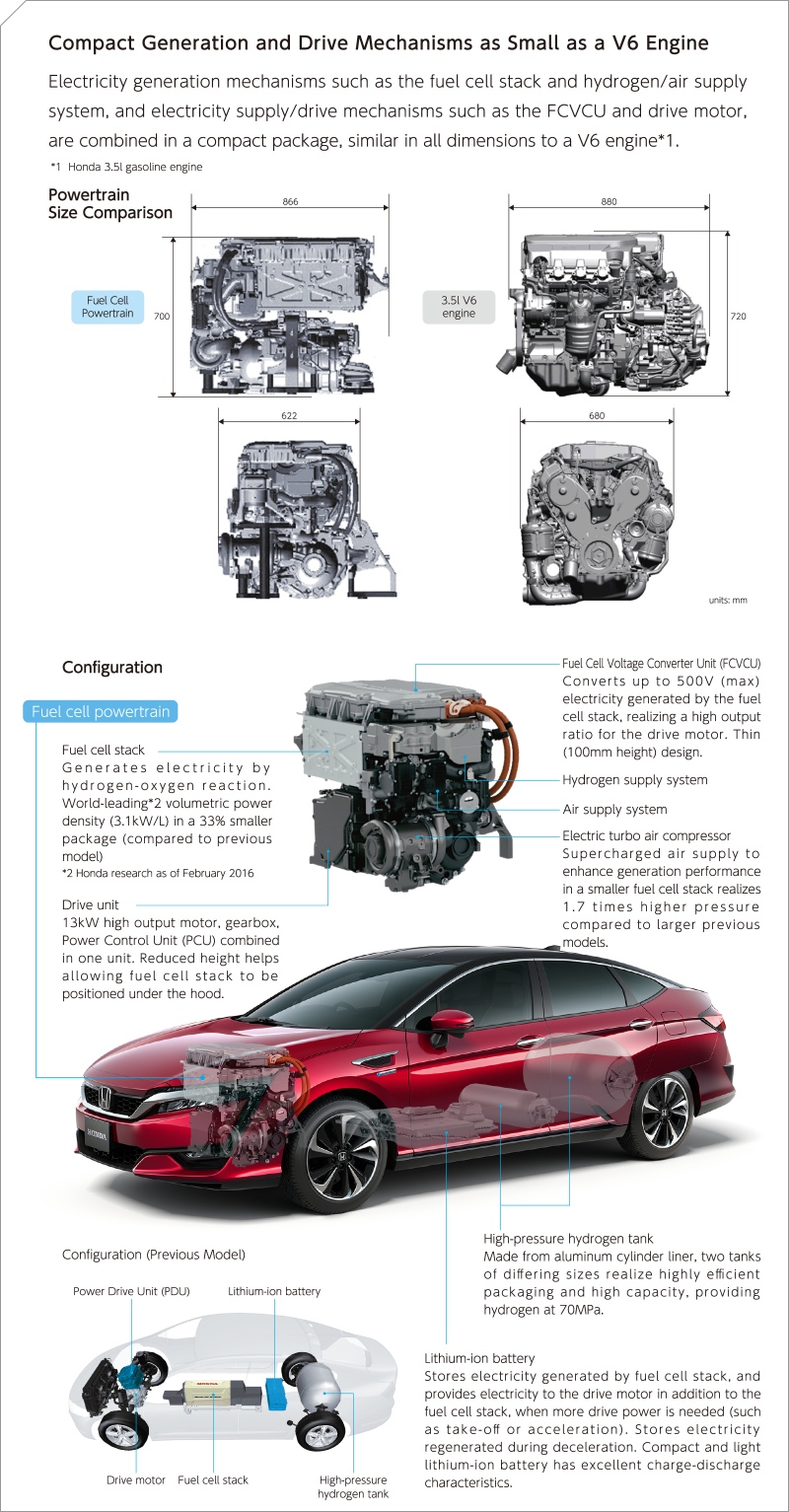 As a result, it became possible to design the Clarity Fuel Cell as a 5-seater sedan. In addition, the FCVCU increases the maximum drive voltage from 330V to 500V, raising maximum drive motor output by 30% to 130kW, providing a more exhilarating drive. 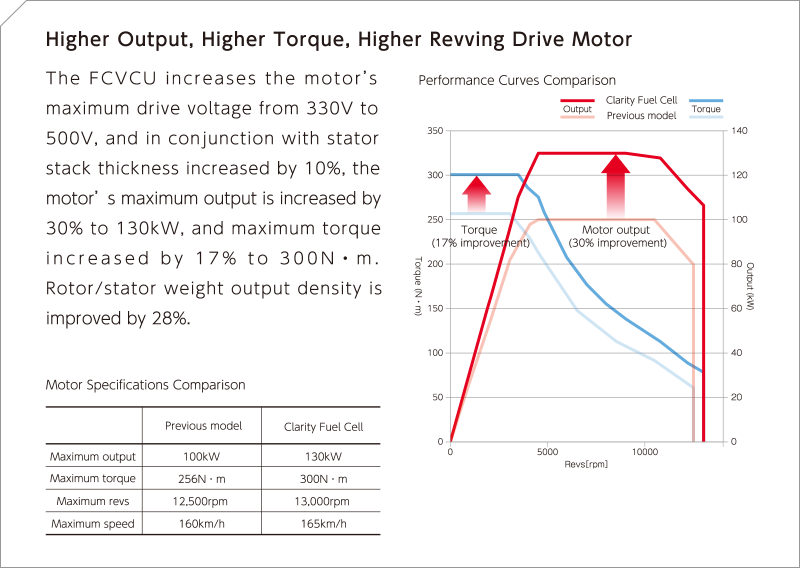 By housing the fuel cell stack under the hood to enable a 5-seater packaging, the Clarity Fuel Cell realizes comfort worthy of a sedan. A roomy cabin and exhilarating drive, coupled with a quiet drive only a Fuel Cell Vehicle (FCV) without an engine can achieve, enhance the Clarity Fuel Cell’s appeal as a high-grade sedan.

Cruising range has also been improved, to create a more convenient car. By improving fuel cell powertrain efficiency and increasing the hydrogen fuel storage capacity, the Clarity Fuel Cell has a cruising range of approximately 750km on a full tank of hydrogen (JC08 mode).
The Clarity Fuel Cell’s hydrogen storage tank can be filled in around 3 minutes, similar to filling a gasoline vehicle’s fuel tank. 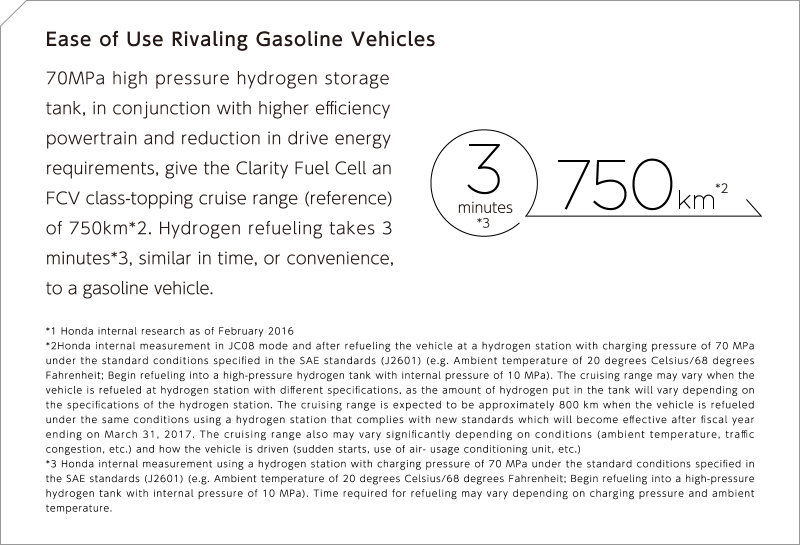 Safety is also of paramount importance. The Clarity Fuel Cell’s fuel cell stack is 4 times more impact resistant that previous models, by supporting the cells with a fastening bar. Even if the vehicle is involved in a collision, the fuel cell stack is designed to prevent hydrogen leakage. The straight frame structure, worthy of an FCV, protects the battery and hydrogen tanks more effectively. 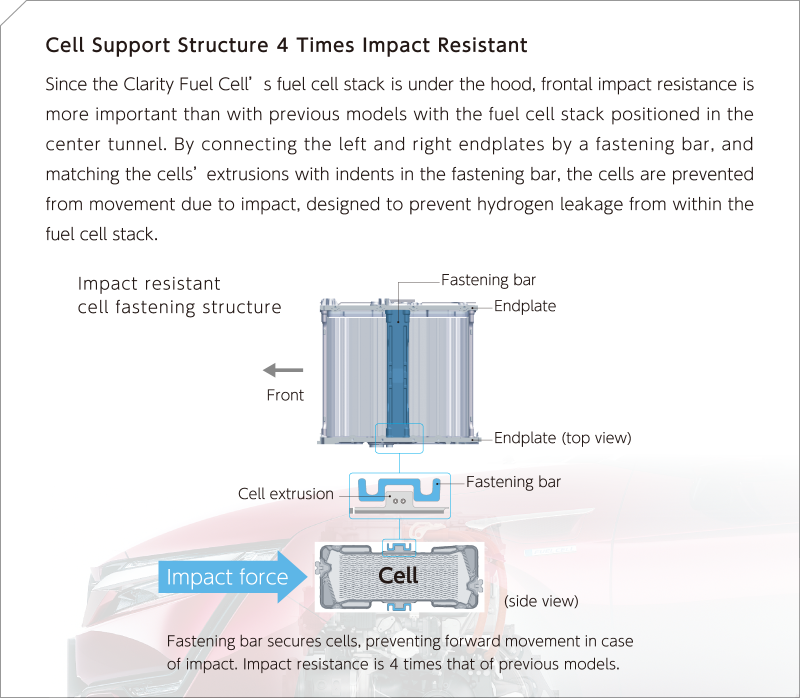 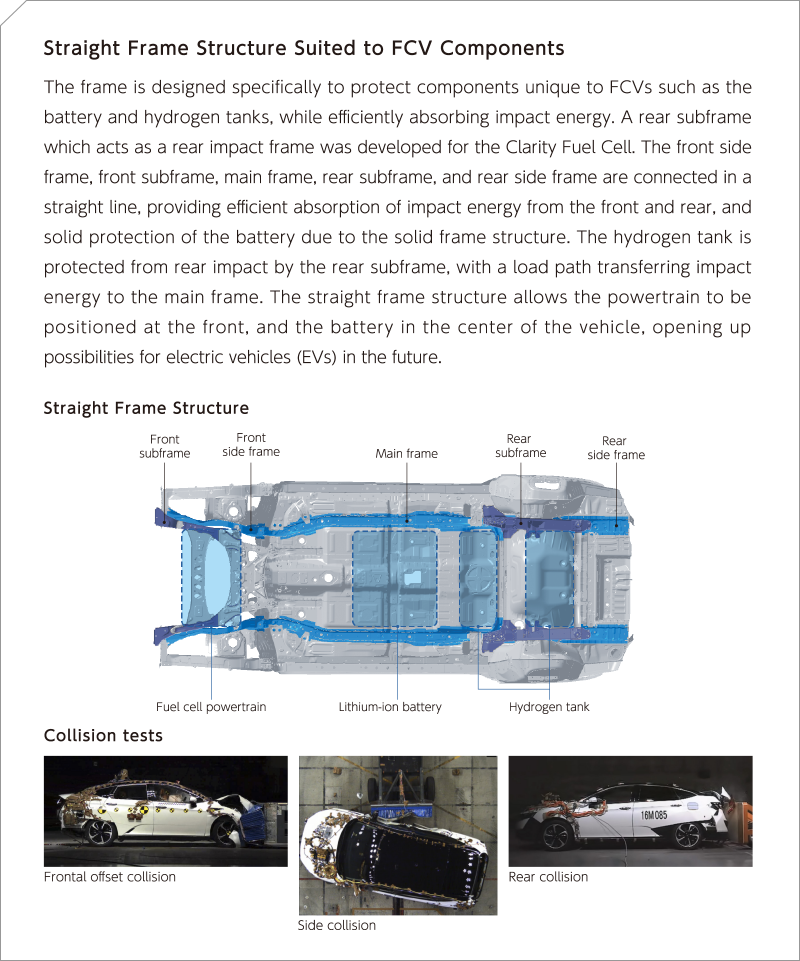 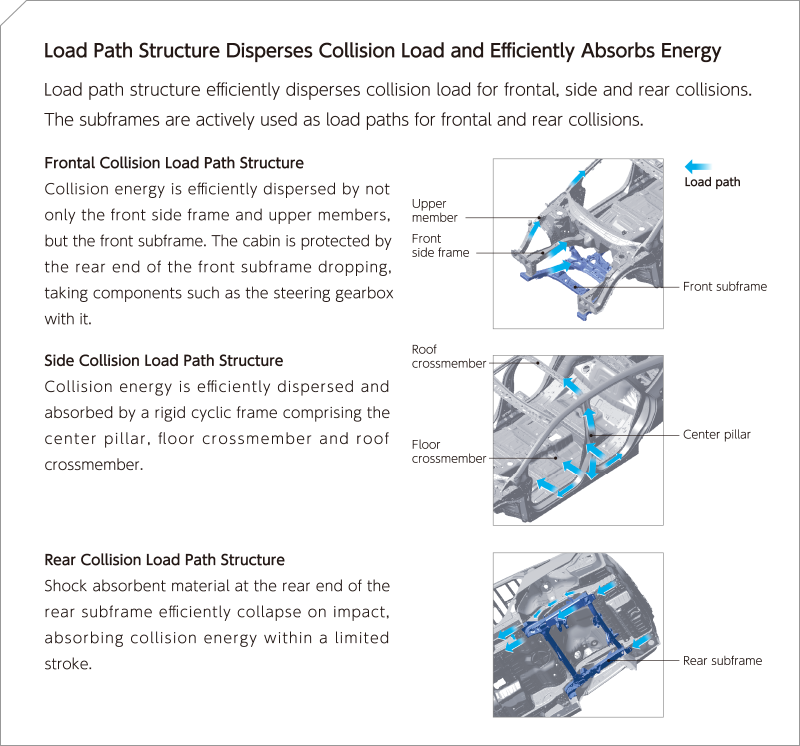 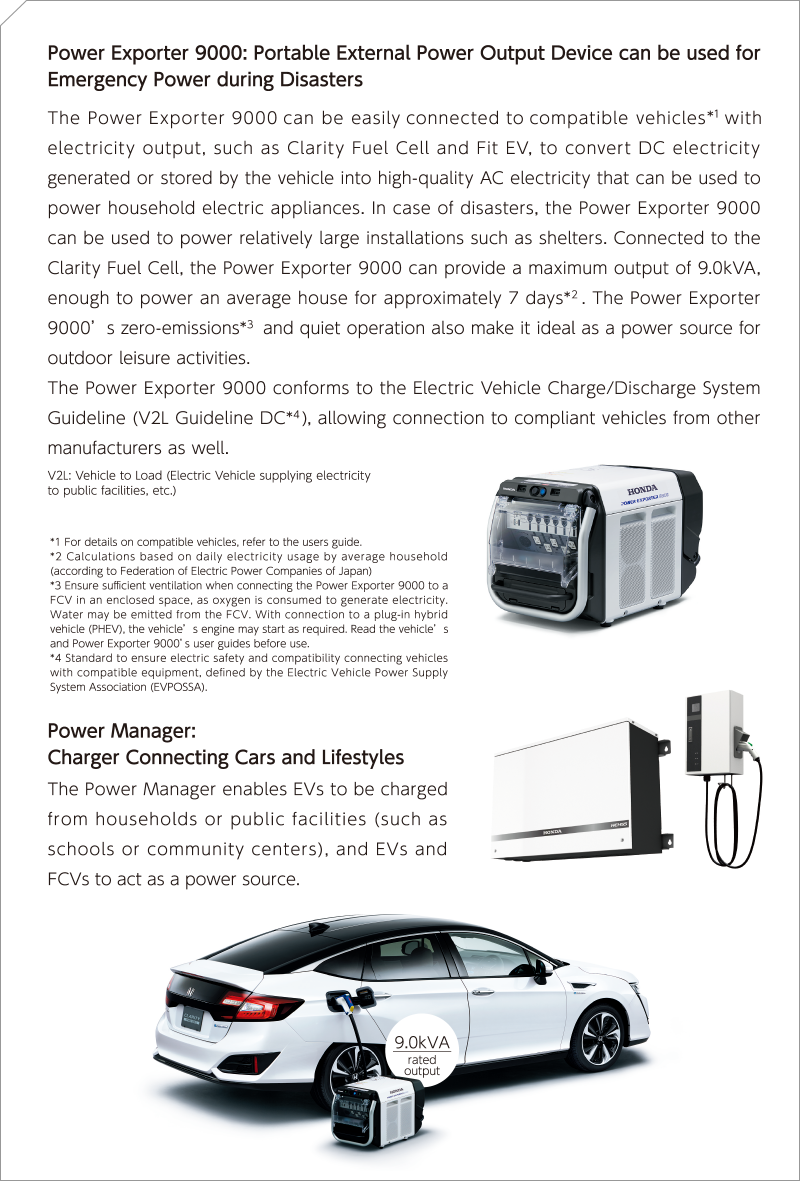