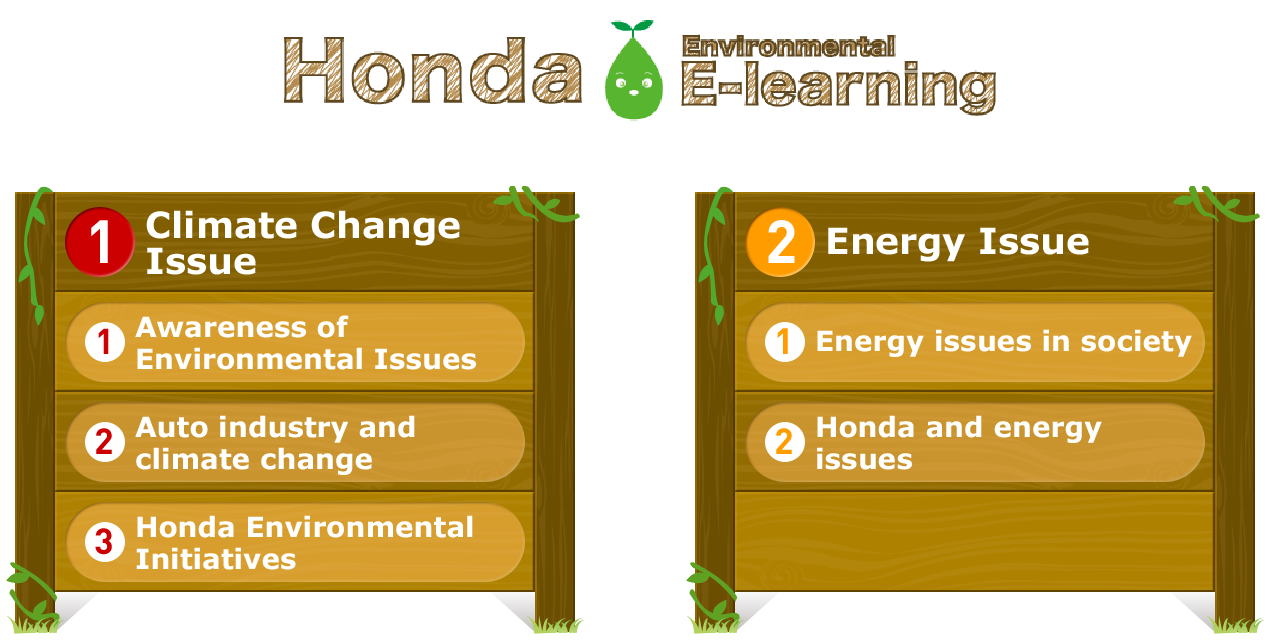 Leafel, Honda's environmental mascot, guides you through the course.

(Designed with information as of January, 2017.)