The TOMODACHI Initiative was born under the leadership of the U.S.-Japan Council and the U.S. Embassy to support reconstruction efforts after the Great East Japan Earthquake in 2011. It is aimed at fostering the next generation of Japanese and American leaders. Agreeing with its purpose, Honda started participating in the initiative in fiscal 2015 and has been conducting the TOMODACHI Honda Global Leadership Program since fiscal 2018.
Until last year, the program had been targeted at high school students in the Tohoku region. Starting this year, however, eligibility has been expanded to include applicants from all over Japan. Through the program, the participants experienced Honda’s corporate slogan, “The Power of Dreams.”
This was the first overseas experience for a majority of the 20 high school students who participated in this year’s program. What awaited the students when they left Japan were sceneries they had never seen before, new experiences, and strong emotions.
What was the “Power of Dreams” that the students coming from all over Japan—spanning Hokkaido in the north to Okinawa in the south—felt this summer in this foreign country? Below are the details of the two-week program centered on their thoughts. 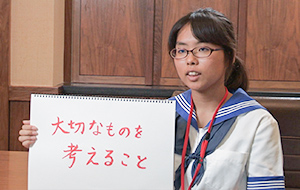 These two weeks changed me, who used to be ashamed of having no dreams 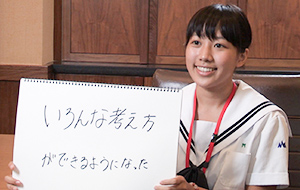 My dream is to make autonomous cars for people with disabilities 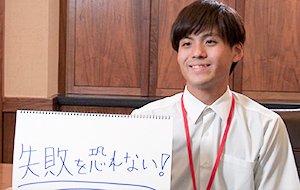 I learned through the program that dreams will absolutely come true 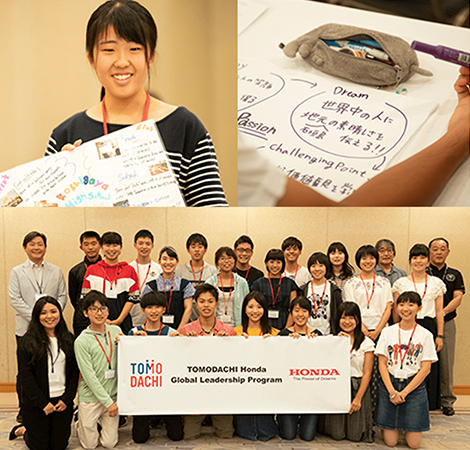 Pre-departure orientation in which the students presented their dreams
・Orientation 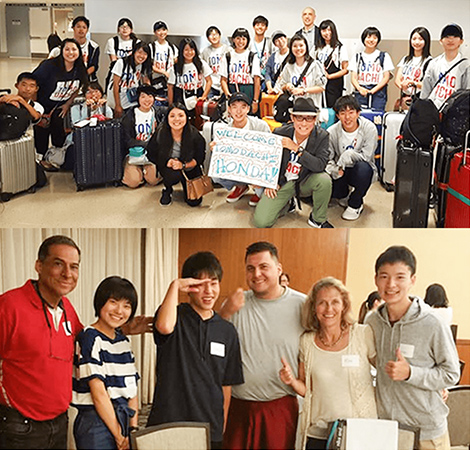 Finally arrived at the longed-for United States!
Want to be able to take the initiative in speaking!
・Departed from Narita Airport
・Arrived at Los Angeles International Airport
・Visited American Honda Motor and had a welcome dinner 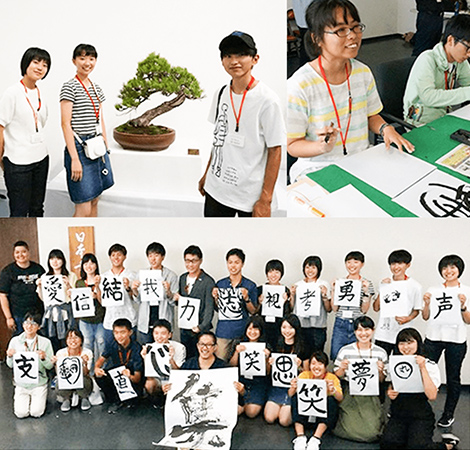 Trying out ukulele and calligraphy at Little Tokyo, which is just like Japan!
・Japan-U.S. cultural interaction—visit to Little Tokyo
・Interaction—Ukuleles with Daniel Ho
・Workshop by calligrapher Kuniharu Yoshida 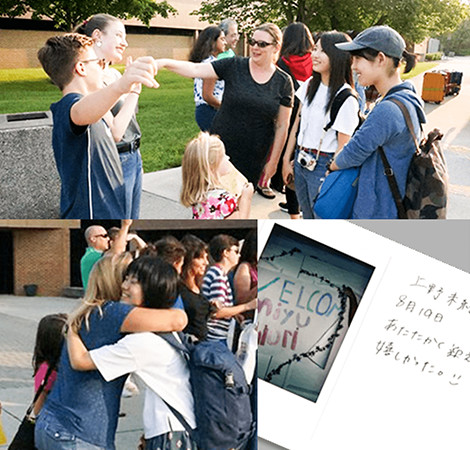 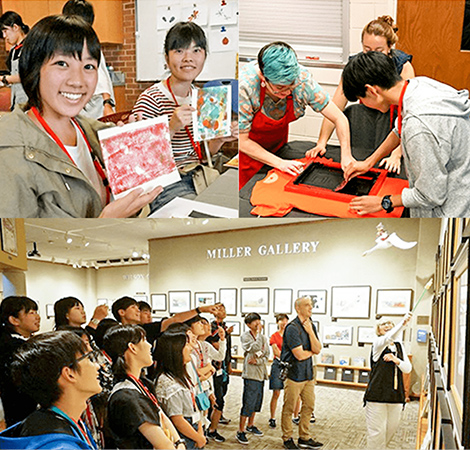 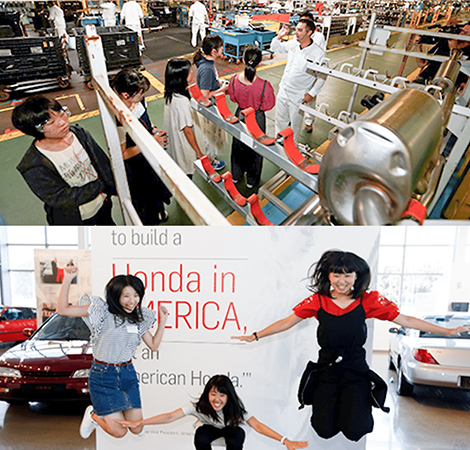 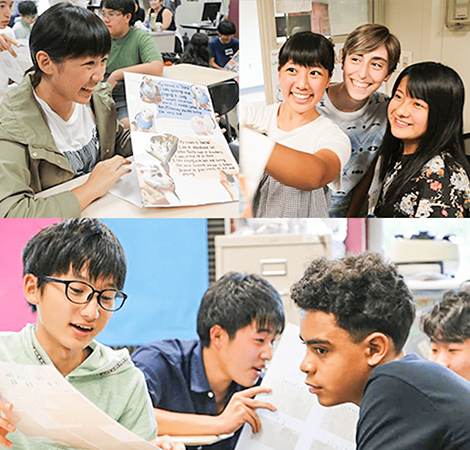 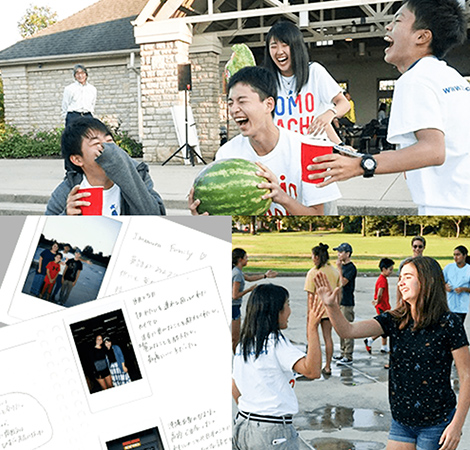 Expanding dreams with the homely atmosphere of a class visit!
・Experiencing a class at Dublin Coffman High School
・Farewell party with the host family 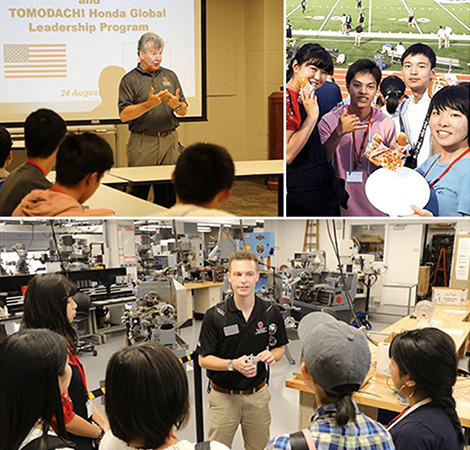 Delivering dreams via sports. Going to the stadium of one of the most popular teams in the U.S.!
・Attending a lecture, going on a campus tour, and visiting a stadium at Ohio State University
・Watching football at Dublin Coffman High School 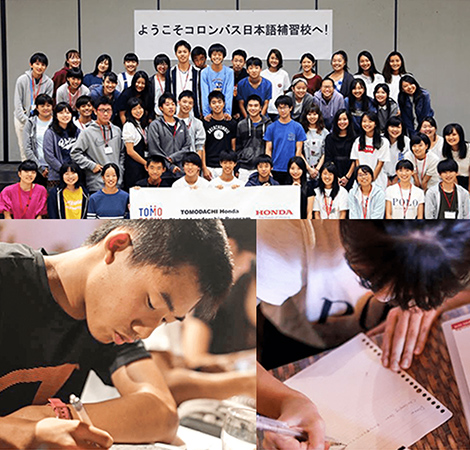 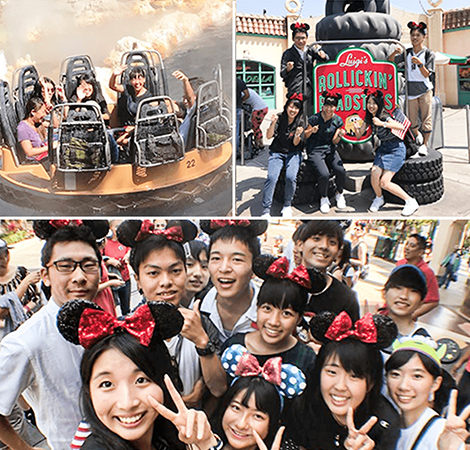 Excited at the world’s oldest place “where dreams come true!”
・Interacting with associates of American Honda Motor and their families at Disneyland Resort 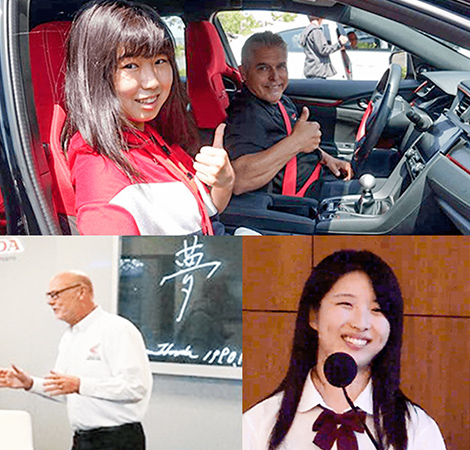 Moved by Takuma Sato’s words “Dreams will come true”
During the presentation on achievements of “The Power of Dreams,” the high school students resolutely promised in English, “We will make our dreams come true!”
・Special lecture by racing driver Mr. Takuma Sato “Toward realization of dreams”
・Honda mobility experience
・Presentation of achievements of The Power of Dreams
・Farewell party