in Europe, Middle East and Africa

Honda Group companies in England joined forces to open a charity call center in the Honda Blacknell office with the aim of helping children in need. The effort gathered 50,000 pounds in donations on the night. Over 70 Honda associates volunteered their time for the initiative, which served to transcend barriers between the different offices and deepen unity, cooperation and friendship. 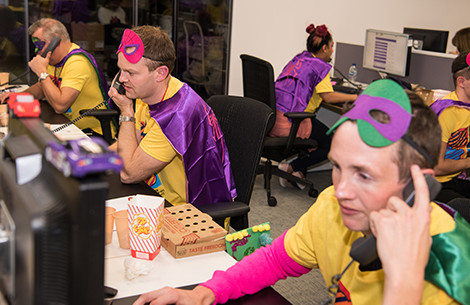 Honda of the U.K. Manufacturing Ltd. (HUM) holds Dress Down Days eight times a year, in which associates participate in fundraising activities in casual attire. HUM also holds the Great Honda Bake Off charity event where sweets baked by associates are sold. The funds raised through these events are donated to cancer research centers, hospices, hospitals and other worthwhile causes.

HUM holds workplace tours for children from local schools that are run by associates who volunteer their time. Learning about the work associates do helps to increase understanding of the automobile industry. Over 95% of participants have given positive feedback, including comments that the tours were interesting and they would recommend them to others.

Since May 2004, Honda Motor Europe Ltd. (Germany) has been committed to conservation activities in UNESCO biosphere reserves, undertaking a number of projects in conjunction with EUROPARC, which is an umbrella organization for Germany’s national parks, and the Schaalsee Biosphere Reserve and German Commission for UNESCO. In 2006, 2007, 2008 and 2010, Honda supported climate change conferences run by EUROPARC in Potsdam and Berlin. From 2011 to 2014, Honda sponsored the Blue Skies Award, which solicits new ideas for climate control from schools and residents in close proximity to Germany’s biosphere reserves. Support was also given to a peatland project in the Schaalsee Biosphere Reserve aimed at reducing CO2 emissions into the atmosphere.
These initiatives match Honda’s philosophy to reduce environmental burden while realizing both the creation of opportunities for growth and a sustainable society. This series of activities in Germany achieved with the cooperation of public institutions and local residents has become the ideal model case for UNESCO biosphere reserve conservation worldwide. 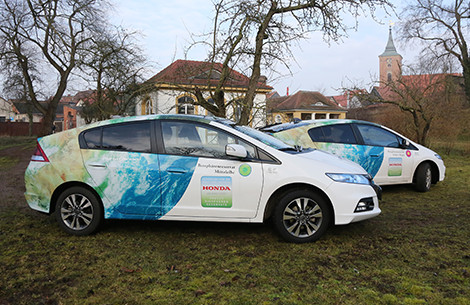