The mountain climbing team of the Tokai University Alpine Club (led by Yoshitsugu Deriha) succeeded in its attempt to summit K2 (8,611m), considered to be one of the most difficult mountains to climb in the world. The most important point in climbing mountains in the Himalayas is the ability to make accurate weather forecasts in order to determine the best day to try to summit the mountain. Weather forecast charts that are created within Tokai University based on satellite pictures are sent to the mountain climbing team by a satellite communications link in a support system that was first used in the summit of Kula Kangri in 2001. Ever since climbing Kula Kangri, the generator used for the local support of the communications system has been Honda's EU9i portable generator, in which team leader Yoshitsugu Deriha has complete trust. The EU9i supplied almost all the power for the PC, communication devices, lights, music players and other equipment at the base camp that was located at a height in excess of 5,000 meters. The team had no trouble with the generator during their stay of one and a half months.

The attack team began its attempt to summit the mountain at 2:00 am on August 1, 2006 when the forecast called for clear and sunny weather. The amount of fatigue experienced at an altitude of 8,000 is beyond imagination, with the climbers needing to stop to take a rest every four steps. The attack team succeeded in reaching the summit at 4:50 pm after climbing for 12 hours. The team made history that day, with Ms. Komatsu on the team being the first Japanese woman to summit K2 (and the 8th in the world), and Mr. Aoki becoming the youngest person in the world to reach the peak of K2. 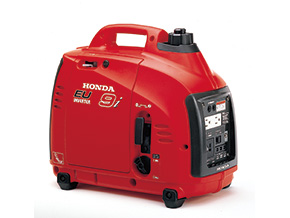