In 1980, Honda developed the HS35 household use compact snow thrower for the North American market, creating the home-use snow thrower market that had been dominated until that point by large snow plows used on public roads. This was based on recognition of the need for a compact model capable of removing snow from driveways and paths in regions that have a lot of snow, especially for older homeowners.

Honda produces approximately 50 thousand snow throwers in Japan and the United States annually, and supplies them to markets in Japan, North America and Europe.

In the past, the users needed to perform complicated operations to move the snow thrower forward and backward, make turns and fine adjustment of the speed as well as to control the auger (snow-throwing unit,)  but Honda overcame these issues with unique advanced technology.

The HST mechanism that is also incorporated in Honda’s lawnmowers allows stepless speed change from forward to reverse with a single lever.

A hybrid system achieves smooth travel and easy operation, using an engine to drive the snow-throwing unit and a motor for travel.

With automatic speed control, the computer sets the speed to the most efficient level according to the condition and amount of snow.

The model is selected according to the volume of snow, type of snow and amount of snow that needs to be removed. All models make it easy for even novice users to safely and efficiently remove snow.

The engine in this unique hybrid system generates electricity to operate the travel unit motor while driving the snow-throwing unit. The use of motor drive for the travel unit enables smooth travel by means of computer control and optimum speed control according to the work load, allowing novices to easily and effectively remove snow which would require considerable experience with other snow throwers.

Communication of the ECU for the iGX440 engine and snow thrower ECU allows the travel speed and throttle opening to be controlled so that engine rpm can be maintained at a constant level for the workload. This new technology allows the auto mode, power mode or manual mode to be easily selected with a dial according to the skill and experience level of the operator, ensuring snow removal work can be efficiently and effectively performed. bagging and mulching with the control lever. 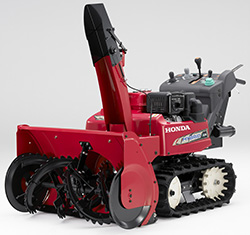 The adoption of a concentric, simultaneous forward, reverse mechanism that has been proven on the Salad tiller series of provides a dramatic improvement in removal performance of snow that has hardened. This mechanism is mounted on the HSS760n/970n/1170n compact rotary snow throwers. In addition to auger control which supports the adjustment procedure, an acceleration sensor has been provided, achieving automation of auger operation during snow removal work. 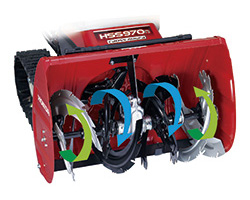 In 1980, when there was no compact snow thrower that was self propelled, Honda released the HS35, the first compact model to feature a revolutionary self-propelling mechanism that removes snow and moves forward while making contact with the road surface, and a rubber auger with a coating of rubber that has superior wear resistance. Research and development on crawling mechanisms that offer superior performance on snow proceeded after this, and resulted in the adoption of rubber crawlers today that are lightweight and do not damage the road surface. Overseas spec. type highly mobile wheel type snow throwers are also available. 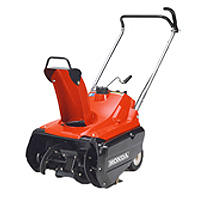 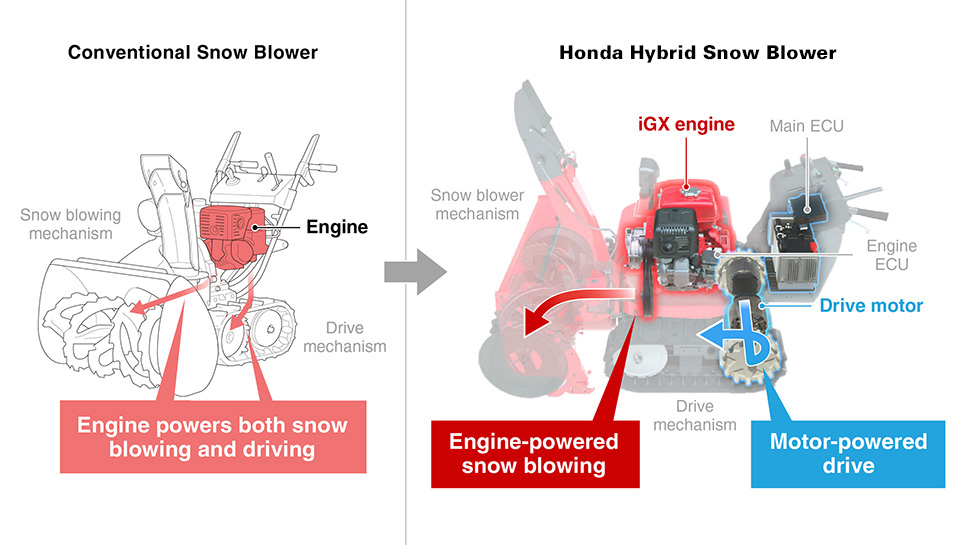 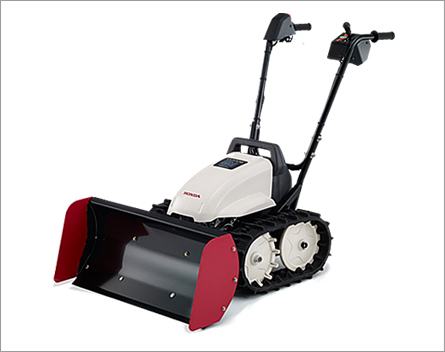