Honda produces approximately 500,000 lawnmowers per year in America, France, Australia, China and Italy*1, and in addition to the two main world markets of North America and Europe, it also supplies lawnmowers to a number of other countries, including Australia and China. The policy of “manufacturing close to the customer” was adopted at an early point in time, and now both manufacturing and research and development are taking place in America and France. Mowers are produced in Japan and supplied to Europe.

Honda lawnmowers/mowers incorporate Honda’s clean GXV/GCV*2 engines which feature high performance, high fuel economy and low exhaust gas emissions. The Hydrostatic Transmission (HST*3) enables the ideal speed to be easily selected according to working conditions. Furthermore, a number of other features have been developed, including the BBC*4 safety mechanism which immediately stops the blade when the clutch is released and Variable Mulching System*5 (VMS*6) which enables the grass bag collection volume to be adjusted to one of 10 steps by operating a single lever.

This unique hydraulic stepless shifting mechanism developed by Honda allows forward and reverse motion, and acceleration and deceleration to be freely controlled with a single lever. Development of the ultra-compact HST facilitated installation of this type of shifting mechanism for the first time in the world. In addition to lawnmowers, the HST mechanism is used on snow throwers and transport equipment.

This mechanism can adjust the position of the shutter inside the lawnmower cover to multiple settings according to current needs between bagging where the cut grass is bagged to mulching for which the grass is cut into fine pieces and returned to the lawn. When the best looking cut possible is desired, 100% bagging is selected, while 100% mulching is selected for getting the work done easily and quickly. The user can easily set the desired percentage of bagging and mulching with the control lever. 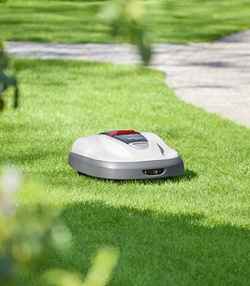 Miimo is an automatically operated lawnmower that beautifully maintains lawns according to preinstalled instructions. It catches electrical signals from electric wire embedded in the grass along the area to be cut, and automatically travels along the inside in order to manage the lawn. Miimo continually monitors the battery level of the high-performance lithium batteries, and automatically returns to the charging station when necessary for charging. The collision sensor operates when approaching an obstruction, and the unit stops or turns to avoid the obstruction. In addition, operation is immediately stopped when the unit is picked up, and it will not operate again until the correct PIN code is entered. The cut grass decomposes in a short period of time, helping maintain the health of the lawn by serving as fertilizer. Sales of the Miimo that are produced by Honda France Manufacturing started in Europe which is the largest market for robotic lawn mowers, and sales were expanded to the United States and Japan from 2017.

The HR21 (released in 1978), Honda’s first lawnmower that was developed with the goal of becoming the number 1 model in the world, incorporated a low-noise low-vibration high-performance vertical engine, and was a high-performance / high quality lawnmower featuring optimum working performance, safety and durability.

It incorporated Blade Brake Clutch (BBC), a safety mechanism that is the first of its kind in the world pioneered by Honda that stops the blade within 3 seconds after the clutch is released while the engine continues to run. Current lawnmower safety regulations in the United Sates were established based on this BBC mechanism. 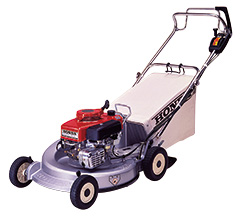 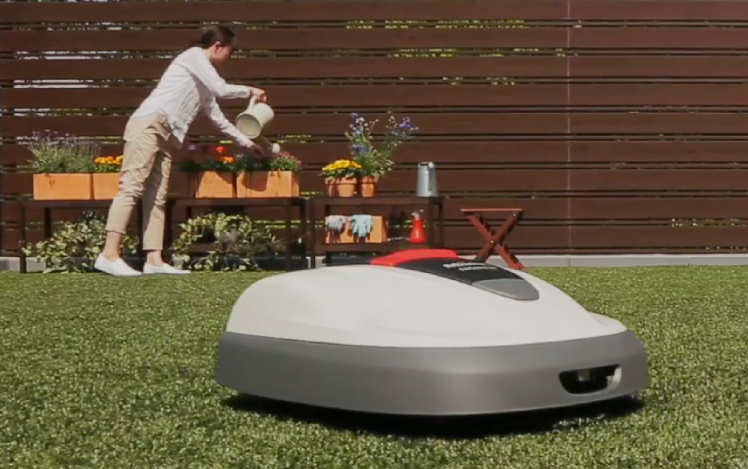