One Factory for Both Motorcycles and Cars

The factory is located on spacious grounds taking up 1,400,000 square meters outside the city of Campana, which is located approximately 80 kilometers northwest of the capital city of Buenos Aires. It contains a test course for final testing, and the company’s headquarters also make up a part of the factory.

One special feature of this factory, which employs 1,240 people, is that it manufactures both motorcycles and cars. Engines and other major mechanical components are currently imported from Brazil, China, and Thailand, but the factory continues to expand its local manufacturing and parts procurement. Many of the components for the Biz 125 come from Brazil, whereas those for the Wave 110S come from China. 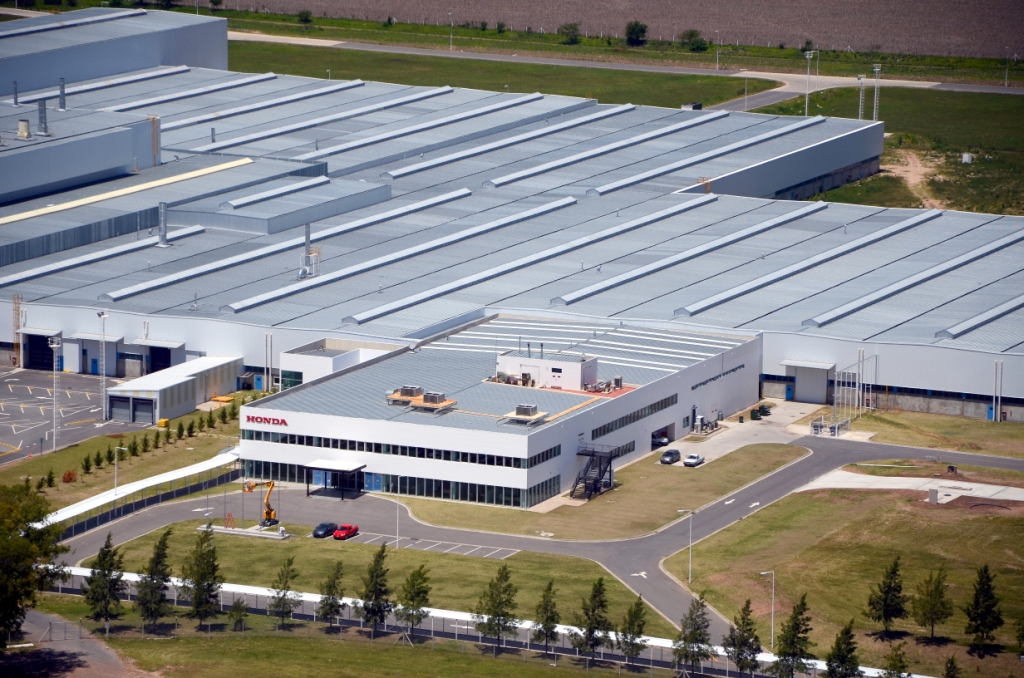 According to analysis carried out by Honda Motor de Argentina, the main users of the Wave 110S are people—of both genders—aged 20 to 40 with monthly incomes of about US$800 or less. The bike is commonly used for daily transportation as well as for commuting to work or school. In Argentina, as in many other countries, the Super Cub series is clearly providing needed mobility for the common people. 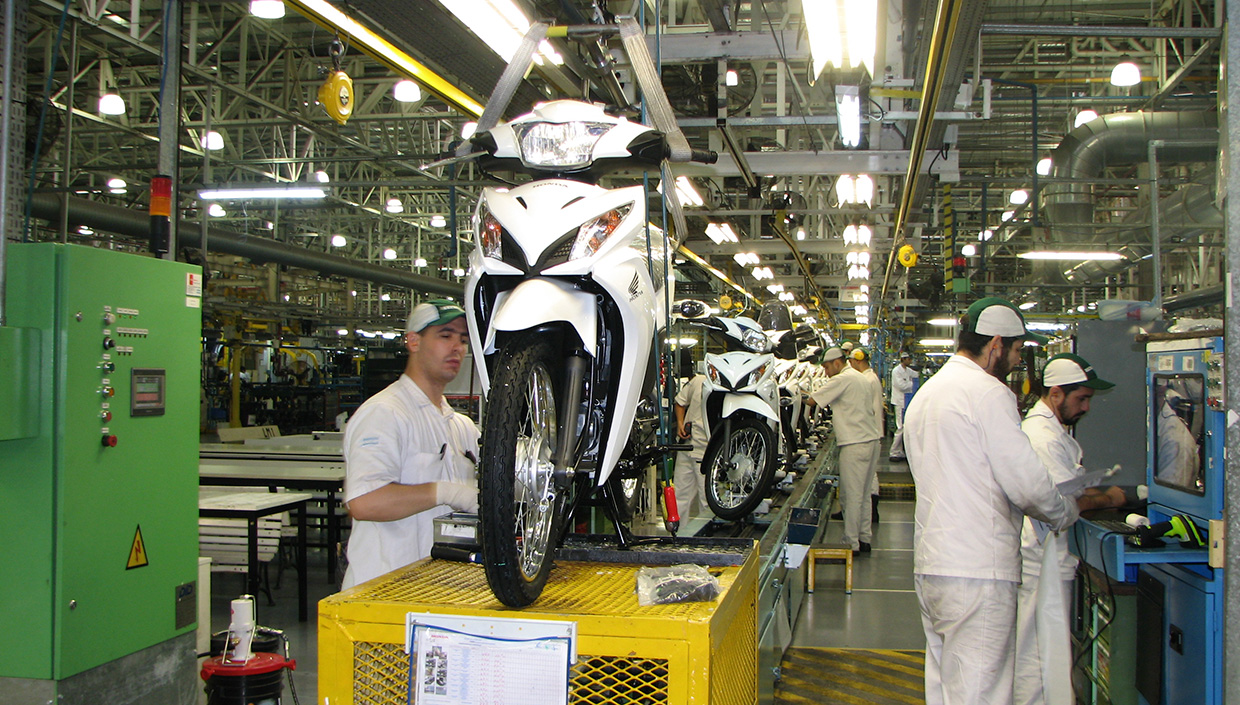 A finished W ave 110S sits on the assembly line. It has the unmistakable look of a sporty Super Cub. 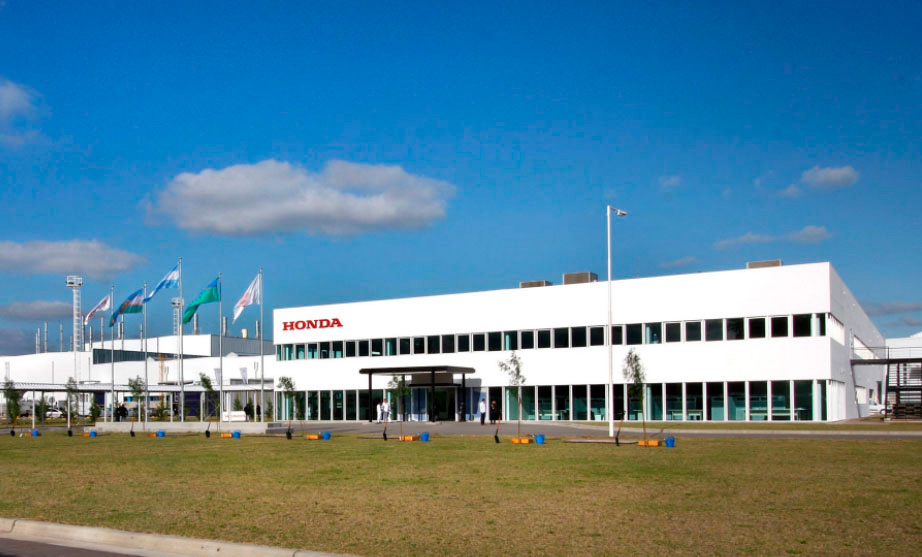 The factory’s young employees fill the place with a youthful energy. 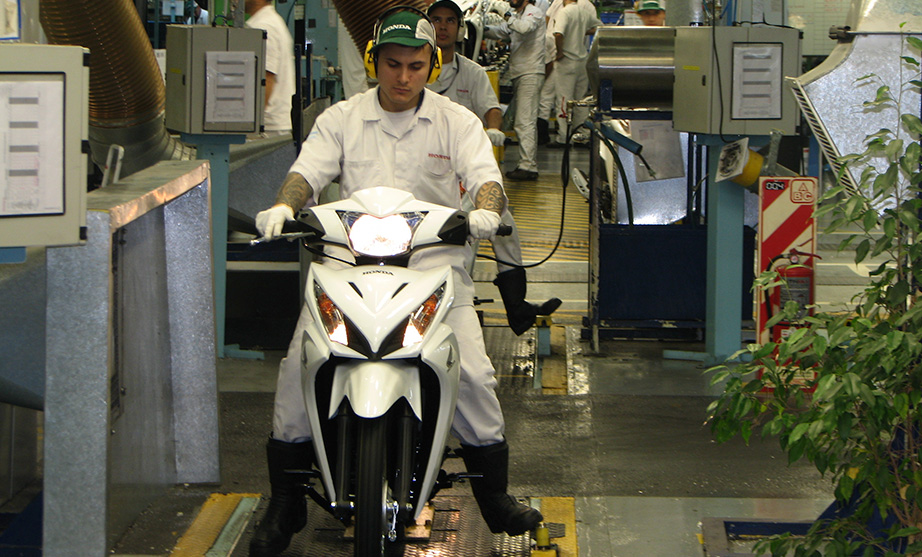 The Wave 110S is Honda’s most popular Super Cub model, making up around half of total motorcycle sales.

As the second largest country in South America, the Republic of Argentina is around 7.5 times the size of Japan. The population of this Spanish-speaking country is 40.76 million, the majority being of European descent.

In Japan, Argentina is especially well known for being the country of the tango and Iguazu Falls, as well for as being a powerful soccer-playing nation. Buenos Aires has long been renowned as the Paris of South America, and as an idealized European-style city.

Super Cub-style bikes offer convenient everyday transport for the people of Argentina, particularly those living in its provincial cities and rural areas where public transportation has not yet been fully developed. The country enjoys annual motorcycle sales of over 720,000 units, of which over half are Super Cub-style models. Manufacturers of bikes like the Super Cub come from all over the world to fiercely compete for sales in Argentina.

The Biz 125 and Wave 110S are marketed toward the higher end of the price range for this type of motorcycle, but retain their strong popularity due to their reliability, durability, and high quality. Compared to the Biz 125, with its built-in helmet compartment and cast aluminum wheels, the Wave 110S enjoys a high level of popularity owing to its excellent affordability for the common people. 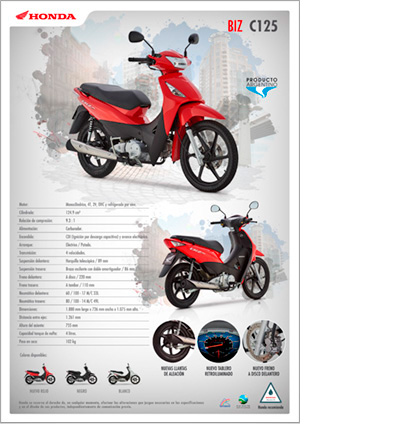 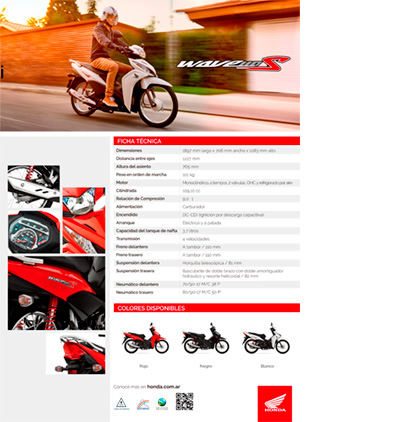 “I bought my Biz 125 while traveling, and it’s never broken down!”

“I have a hardware store in town. Nineteen years ago, when I was 24, I took amotorcycle trip to California in the USA. However, in Brazil I had a big traffic accident which totaled my big bike. So, I bought a Biz 125 in Brazil and kept on going. Back when I was a student I had a Super Cub 90, which I still keep running and in good shape to this day. I knew that Honda made tough, high-quality bikes that ride well, so that’s why I chose the Biz 125 to continue my journey. I rode that Biz 125 all 13,000 kilometers from Brazil to California. I had to change tires once, but the Biz 125 never let me down. Mostly, I slept outdoors with a hammock, but when I finally got to California I ran out of money, so I sold the Biz 125 for US$300 and headed back to Argentina.” 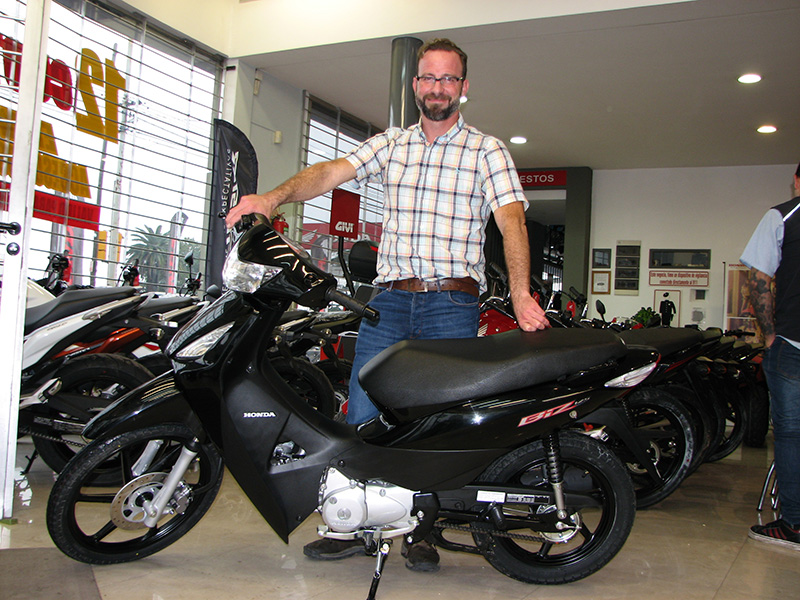 “I enjoy the unique feeling of riding this bike.
It's unlike either a motorcycle or a scooter.”

“I run a small bicycle shop with my brother. I like Honda’s smaller bikes, and have a Wave 110S, a CB190R (sports bike), and an Elite (scooter). When traveling long distances I usually use the CB190R, but for day-to-day trips around town, the Wave is really convenient and economical. Since the roads around here aren’t very good, the Wave’s large-diameter tires make it easier to ride than a scooter. I really enjoy the unique feeling of riding this Wave, as it’s different from either a motorcycle or a scooter. My fiancée doesn’t like me riding motorbikes because she thinks it’s dangerous. Maybe I might change my mind when we have kids, but for now I want to keep on enjoying my motorcycles.” 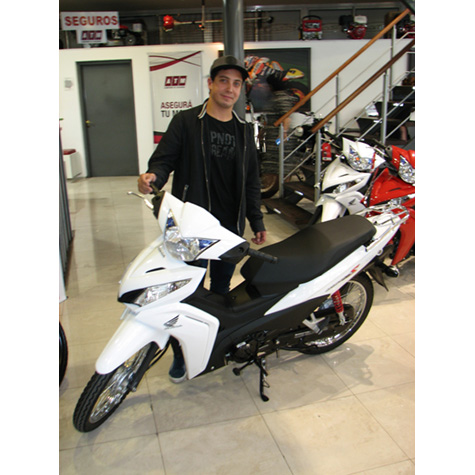