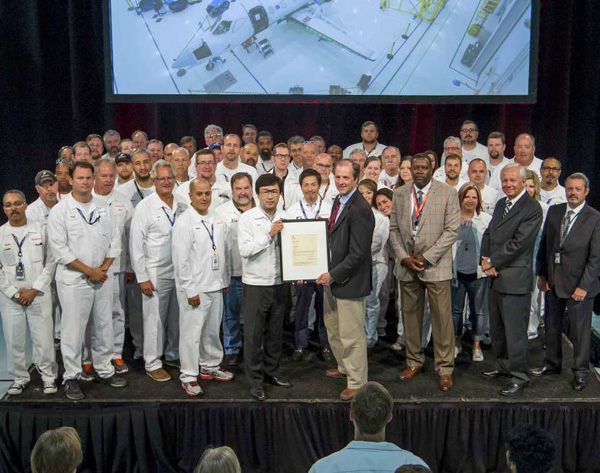 Melvin Johnson, FAA Small Aircraft Directorate Manager for the Central Region, presented the Production Certificate to Honda Aircraft Company during a special celebration with its associates and FAA officials on Friday, July 8.

"This is a great achievement for our company as an aircraft manufacturer, and it is a very important milestone for ramping up production. Honda Aircraft has demonstrated our commitment to build aircraft of the highest quality and that meet stringent safety requirements," said Honda Aircraft Company President and CEO Michimasa Fujino. "We also want to recognize the strong collaboration with the FAA during this rigorous approval process."

The Production Certificate grants Honda Aircraft the authorization to produce, flight test and issue airworthiness certificates for the HondaJet for customer deliveries.

"Honda's commitment of time, resources and people, and with the adherence to FAA regulations and guidance has provided Honda Aircraft Company the privilege to be awarded a Production Certificate for the HA-420 HondaJet," said Greg Benson, Manager of the FAA's Manufacturing Inspection District Office in Atlanta. "Honda Aircraft Company's continued commitment to quality and safety will solidify its place within the aviation industry. This is certainly a commemorative moment for both Honda Aircraft and the FAA."

Honda Aircraft has been steadily ramping up production since receiving FAA type certification for the HondaJet last year.

The HondaJet is the fastest, highest-flying, quietest, and most fuel-efficient jet in its class. The HondaJet incorporates many technological innovations in aviation design, including the unique Over-The-Wing Engine Mount (OTWEM) configuration that dramatically improves performance and fuel efficiency by reducing aerodynamic drag. The OTWEM design also reduces cabin sound, minimizes ground-detected noise, and allows for the roomiest cabin in its class, the largest baggage capacity, and a fully serviceable private aft lavatory. The HondaJet is equipped with the most sophisticated glass flight deck available in any light business jet, a Honda-customized Garmin® G3000 The HondaJet is Honda's first commercial aircraft and lives up to the company's reputation for superior performance, efficiency, quality and value. 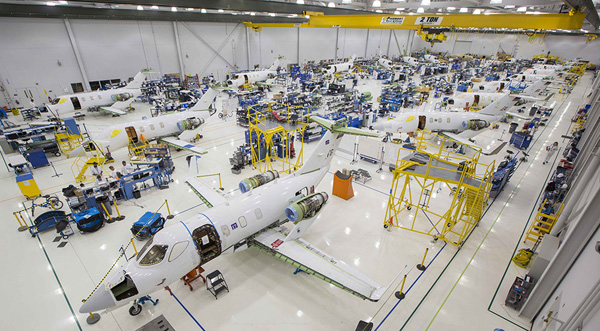 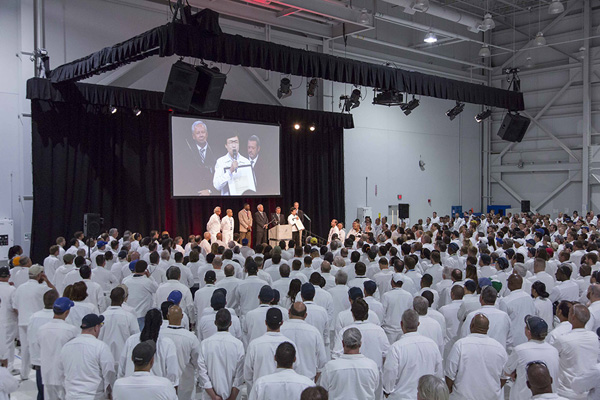 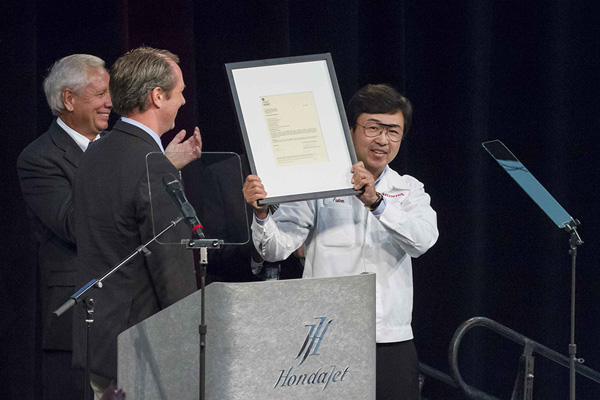