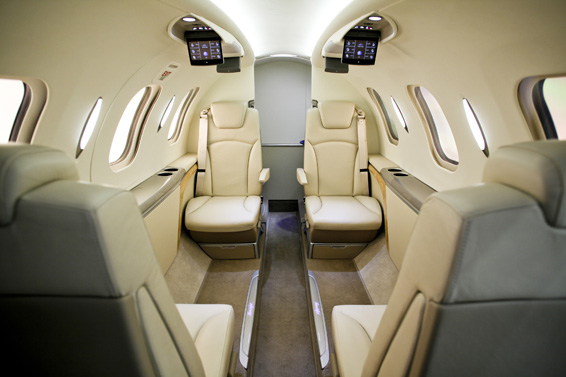 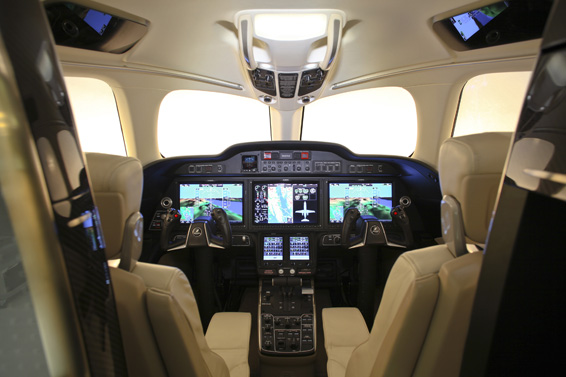 Exterior treatment of the first conforming flight test aircraft also is complete with the application of a new HondaJet paint scheme. Featuring a metallic silver-over-white profile combined with a distinctive sweeping fuselage stripe in dark metallic gray, the aircraft sports a bisecting white and dark metallic gray combination stripe extending from its nose over the upper fuselage, further enhancing the HondaJet's unique image of dynamic performance.

"In addition to the more than 500 flight hours we have accumulated on the proof of concept HondaJet, the successful completion of this robust range of static structural stress tests on the conforming aircraft significantly reinforces the advantages of the HondaJet's advanced design," said Michimasa Fujino, Honda Aircraft Company's President and CEO.

All static structural stress tests are conducted utilizing Honda's advanced structural test system. The system incorporates 61 hydraulic actuators and a 2,600-channel data acquisition system within a structural test fixture designed exclusively for HondaJet testing. The entire aircraft can be tested simultaneously to prove static and fatigue strength under various flight- and ground-load conditions. Testing will continue on static test aircraft as the HondaJet program moves through the certification process. The fourth conforming aircraft will be used for fatigue testing scheduled for 2012.

Honda is now focused on assembly of the third conforming aircraft to be used for flight testing of mechanical systems. The fuselage and empennage for this aircraft have been completed, while the wing assembly nears completion. Final assembly of this aircraft is scheduled to begin soon at Honda's R&D facility on its Greensboro campus.

"Honda's Advanced Systems Integration Test Facility is a powerful tool that will support the most efficient development and certification process possible for the HondaJet. By effectively identifying any developmental issues at the earliest possible stages of the process, our ASITF system will support an accelerated program momentum and, ultimately, help us create the best possible aircraft," said Fujino.

At this year's NBAA, Honda released HondaJet production cockpit and cabin designs featuring production parts, reflecting the quality of materials, colors and finishes to be available in delivery aircraft. The HondaJet's cockpit design has been updated to reflect the maturity of Honda's human factors engineering efforts and flight test evaluations.

Also at this year's NBAA, Honda will conduct demonstrations of its advanced humanoid robot ASIMO to showcase the company's commitment to enhancing and expanding human mobility for the benefit of society. In addition to the design and development of automobiles, motorcycles and power equipment products, Honda's innovative research and development efforts during the past decade have yielded such diverse outcomes as humanoid robotics, walking assist devices, HondaJet, fuel cell electric vehicle technology, thin film solar cells, increased rice crop yields and functional nano-materials.

Based on its belief in the value of technology to address the needs of society, Honda's mission is to develop products that anticipate and satisfy the evolving needs of its customers while meeting society's demand for cleaner, safer, more efficient and sustainable means of transportation and human mobility.

Honda Aircraft Company, Inc., a wholly owned subsidiary of Honda Motor Company, Ltd., began sales of the advanced and innovative HondaJet in October 2006 in the U.S. and has amassed orders for well over 100 aircraft. Scheduled for first delivery in the third quarter of 2012, the $4.5 million HondaJet is Honda's first-ever commercial aircraft and lives up to the company's reputation for dynamic performance together with superior efficiency. The HondaJet proof-of-concept aircraft has accumulated more than 500 flight test hours and attained both a top speed of 420 knots (483 mph) and a maximum altitude of 43,000 ft. in flight testing.