Tokyo, September 19, 1997 - As part of a research program toward the development of future technologies for general aviation, Honda has designed and developed its own 6-passenger experimental jet airplane, the MH02.
Research on this project started in 1986, and with the active participation of Mississippi State University (MSU) in the assembly stage, the first prototype (type N3079N) was completed in 1992. 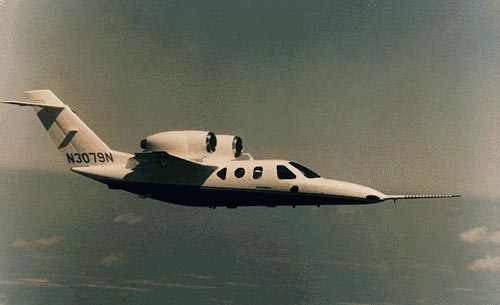 Following its first test flight on March 5, 1993, a total of 170 hours were spent in the air testing overall performance, maneuverability, stability, and ease of recovery in flutter, stalling and other particular situations. Although the flight tests, which concluded in August 1996, were conducted according to the rules set by the FAA for experimental planes, there are no plans to homologate, produce or sell this plane.