ORLANDO, Fla, U.S.A., October 29, 2012 - Honda Aircraft Company announced today that it has commenced production on the much anticipated HondaJet, the world's most advanced light jet. During a press conference at the National Business Aviation Association (NBAA) annual meeting and convention in Orlando, Fla., the company also highlighted key testing milestones that have been successfully accomplished with the HondaJet moving closer to certification and delivery. 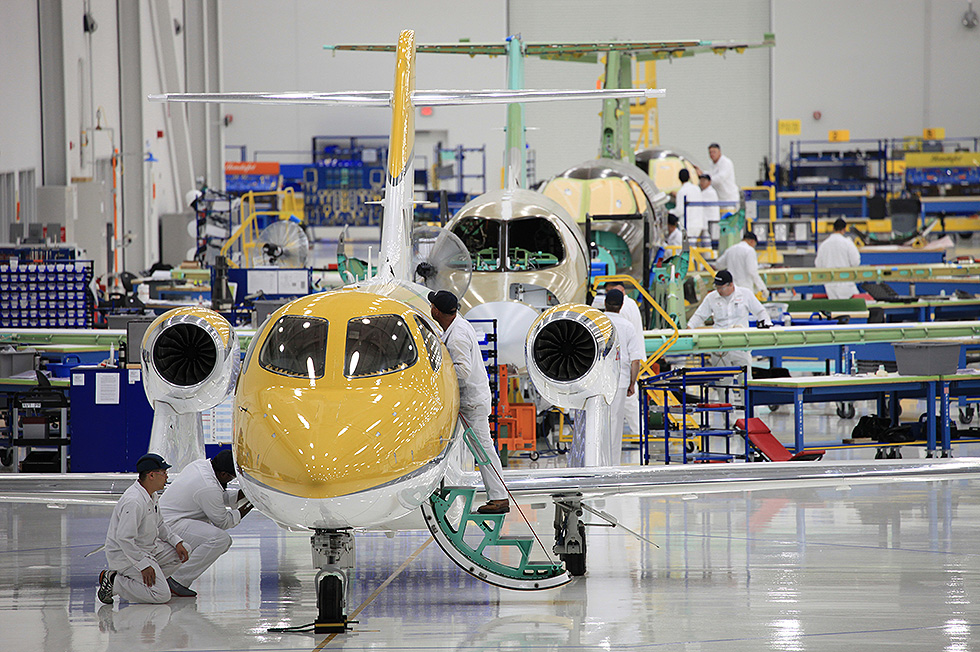 "An assembly line for HondaJet production is in place, major aircraft components including the fuselage and wing have been produced, and we have started assembly of the first customer aircraft," said Honda Aircraft President and CEO Michimasa Fujino. "Commencing production is the most important milestone in the HondaJet program to date, with only the future Federal Aviation Administration Type Certification and first customer delivery ranking greater in significance."

Honda Aircraft commenced production of the HondaJet and continues to make steady progress toward delivery of the first customer aircraft. The Honda Aircraft production facility represents Honda's expectation of high quality product delivery with lean activities designed to standardize production work and eliminate defects. The company has developed and implemented its own production process improvement device, focused on operator work instructions while on the assembly floor. Instructions are presented on a tablet device, allowing technicians to see a graphical interface that is easy to read and is specifically designed to the individual tasks. The device reduces the need for printed materials and ensures real-time change management on the floor.

The production facility will also employ an innovative, on-site paint mixing system designed to achieve optimum color while reducing paint thickness in a controlled environment. At the push of a button, this advanced system allows for multiple aircraft to be coated with a single batch of paint, maintaining color consistency. The system also pre-heats the paint, which results in a superior aesthetic quality.

Honda Aircraft has also implemented the Automatic Guided Cart (AGC). The AGC is similar to a mobile robot and is designed to pick up and deliver parts to the production facility's unique assembly areas. The AGC will allow for safe, on-demand material delivery and coordinated parts flow to production technicians.

The company recently completed the first in a series of remote testing to validate the HondaJet aircraft's performance under extreme temperatures. Hot-weather flight tests were conducted in Yuma, Ariz., and included critical case tests for both aircraft systems and infrastructure. Recent tests included:

To assist in remote location testing of the HondaJet, a 42-foot, custom telemetry vehicle entered service in October. The mobile telemetry truck was designed to duplicate the telemetry capabilities at Honda Aircraft's world headquarters in Greensboro, N.C., and is a fully self-contained telemetry system used to monitor aircraft data during flight testing. The truck has six work stations for analysts to monitor real-time test data within a 200 nautical mile range of the aircraft and allows year-round operation at remote sites.

The company's fifth FAA-conforming aircraft recently completed power-on electrical testing. This aircraft is on schedule to be released to flight test early next year. Now in final assembly, it will be the first HondaJet to have a full production interior. An additional structural test aircraft, the company's sixth FAA-conforming aircraft, will also join the test fleet next year.

For aircraft after-market support, the company recently broke ground on a new, 90,000-square-foot Maintenance, Repair and Overhaul (MRO) facility. The MRO will provide a 24/7 support center and can simultaneously service up to 12 HondaJet aircraft. The facility, slated for occupancy the second half of 2013, will complement the existing network of HondaJet dealers with all locations delivering the same customer service experience. This expansion will bring the company's total campus footprint to 600,000 square feet and more than 130 acres.

In an effort to increase efficiency, Honda Aircraft is committed to integrating sophisticated information technology systems throughout all areas of its business. As part of the effort to enhance customer support, a comprehensive software package specifically designed for aerospace product support will integrate Honda Aircraft inventory, service and other critical functions. Honda Aircraft’s customer service team and Component Control of San Diego, Calif., are working jointly to configure, test and implement Quantum Control to coincide with the MRO facility’s opening next year.

To facilitate pilot training as the HondaJet approaches entry into service, Honda Aircraft has partnered with FlightSafety® International, the world's leading aviation training organization. The simulator is in production and will be installed in the simulator bay at the Honda Aircraft world headquarters campus in Greensboro, N.C.

The HondaJet OTWEM configuration also maximizes aircraft cabin space, increases cruise fuel efficiency, and reduces interior sound and exterior noise. Other significant HondaJet innovations include a natural-laminar flow (NLF) wing and fuselage nose, and a composite fuselage. These innovations combined make the HondaJet the fastest, most spacious and most fuel efficient jet in its class.

"Honda is known for its methodical approach in engineering and processes," said Fujino. "To this end, our commitment to deliver the best possible product that will bring new value to aviation remains. We have taken the necessary time and effort with the HondaJet program to do it right and give our customers the finest product with the best ownership experience possible." 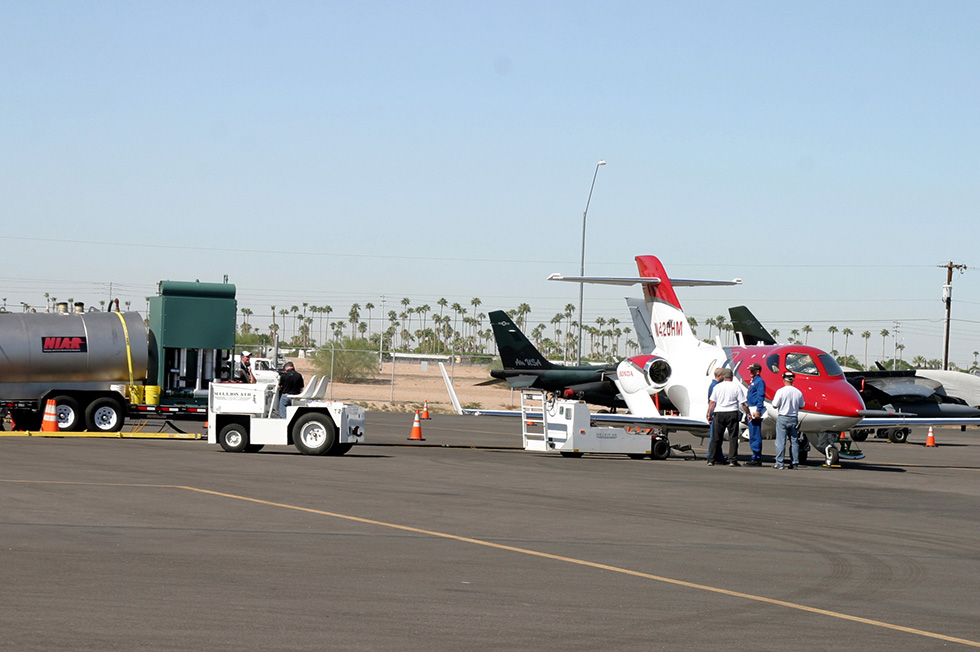