Pricing announced for January debut of Accord Plug-In with class-leading MPGe, Accord Hybrid due next summer; Auto show debuts for 2013 Crosstour and CR-Z

TORRANCE, Calif., U.S.A., November 29, 2012 - The 2013 Honda Civic debuted today at the 2012 Los Angeles Auto Show sporting extensive interior and exterior design upgrades, enhanced dynamics, and a host of new standard features. Honda also announced that the 2014 Accord Plug-In Hybrid earned a class-leading EPA-certified 115 MPGe rating and will go on sale in New York and California on January 15 with an MSRP of $39,780*1. Separately, the Accord Hybrid, featuring Honda's new two-motor hybrid system, will launch nationwide next summer with anticipated class-leading*2 fuel economy of 49/45/47 city/hwy/combined. The thoroughly revised 2013 Honda Crosstour and 2013 Honda CR-Z also made their auto-show debuts. 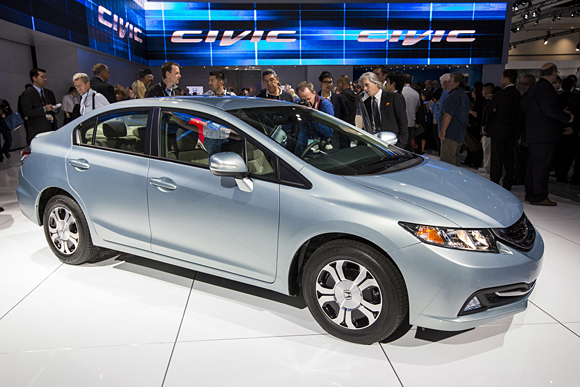 "Our industry has never been more competitive or fast changing, and a significant refresh of Civic, America's best-selling compact car, just one model year after its debut as an all-new model shows true speed to market," said John Mendel, American Honda executive vice president of Sales. "Our corporate direction is to provide our customers with great products with speed, affordability and low CO2 emissions. There is no better example of this direction than today's introduction of the 2013 Honda Civic."

The 2013 Honda Civic Sedan, the nation's best-selling compact car which celebrates its 40th anniversary in America next year, goes on sale today with extensive changes to further reinforce its market leadership. While still maintaining all the efficiency and value that has made the Civic an automotive icon, the 2013 Honda Civic Sedan receives all-new front and rear exterior styling, while all Civics sport extensive interior upgrades including more luxurious finishes, and a host of new standard equipment.

2014 Honda Accord Plug-In and Accord Hybrid

Honda announced at the Los Angeles Auto Show today that the 2014 Accord Plug-In Hybrid will be available for retail sale and lease beginning January 15 in California and New York, with an MSRP of $39,780.*1 The 2014 Accord Plug-In has earned the highest EPA MPGe rating*3 in its class (115 MPGe), surpassing plug-in-class competitors including the Ford C-Max Energi (100 MPGe), Chevy Volt (98 MPGe), and Prius Plug-in (95 MPGe). The 2014 Accord Plug-in has been rated by the EPA with a maximum all-electric EV mode range of 13 miles, and a fuel-economy rating of 47/46/46 mpg (city/hwy/combined). The Accord Plug-in is the first production car in America to meet the more stringent new LEV3/SULEV20 emissions standard, and it will also qualify for single-occupant carpool-lane access in California.

The thoroughly revised 2013 Honda Crosstour and 2013 Honda CR-Z made their auto show debuts today, both vehicles having gone on sale the previous week. The 2013 Honda Crosstour arrives with extensive updates to both four-cylinder and V-6 models, and a starting MSRP $525 lower than in 2012. The 2013 Crosstour offers more purposeful exterior styling, significant upgrades to the interior design and materials, and a more powerful, more fuel-efficient available Earth Dreams™ V-6 engine coupled to a six-speed automatic transmission with paddle-shift control. The 2013 Crosstour is one of the first Honda models available with the new keyless Smart Entry with Push Button start and Honda's new LaneWatch™ blind-spot display. Other standard visibility-enhancing features include a rearview camera and new re-shaped rear headrests. 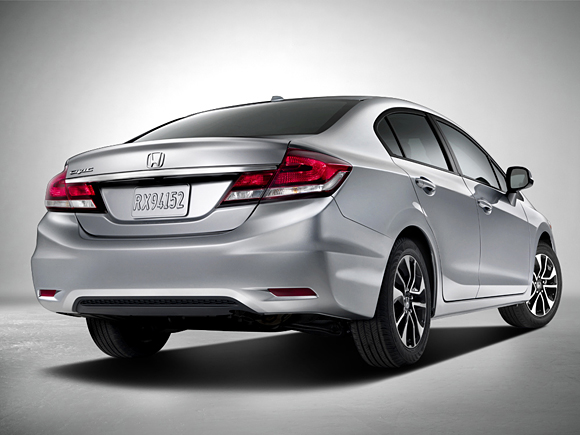 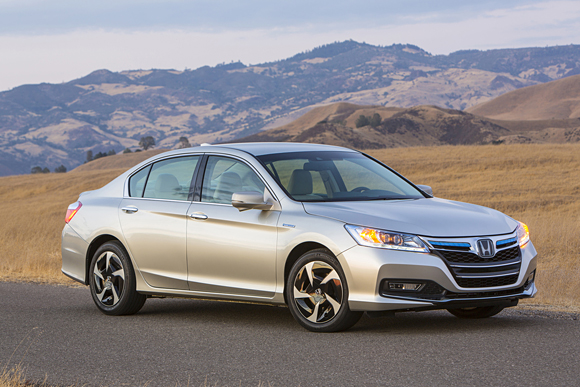