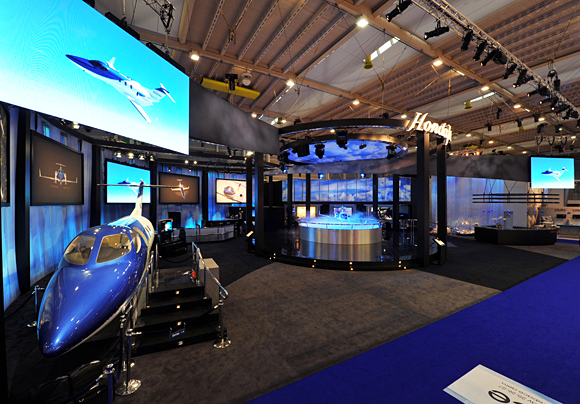 The 43,000 ft. mark – reached on April 27, 2011 – confirms the company's maximum-operating-altitude performance commitment to customers for the FAA-conforming HondaJet.  In addition, the aircraft has achieved a climb rate of 3,990 ft./min., confirming another important performance parameter for the delivery aircraft.

"We are very encouraged by the achievement of these important performance milestones at this early phase of the HondaJet flight test program," said Michimasa Fujino, Honda Aircraft Company President & CEO.  "Our flight test data indicate that the aircraft is performing as expected, and our team continues to work hard to realize additional performance milestones as we move forward."

The first FAA-conforming HondaJet (F1), which achieved first flight on December 20, 2010, will soon be joined by additional conforming aircraft to supplement the company's certification efforts.  A second conforming aircraft (ST1) already has been completed and undergone extensive structural testing under various load conditions to ensure conformity with all certification requirements.  Furthermore, Power-On testing has been completed successfully on a third conforming aircraft (F2) that will be used for flight testing.  Honda is nearing completion of function testing on this aircraft, which is scheduled to take flight this summer.

As Honda progresses through the certification program, the company is focused simultaneously on the process of equipping and manning its new HondaJet production facility, which was recently completed on the company's Greensboro campus.  Pre-production planning and preparations are in progress as equipment and personnel begin to move into the facility.  Training of production staff will soon be underway to support the HondaJet production ramp-up beginning in 2012.

The 263,400 ft2 HondaJet production facility integrates under one roof all aspects of assembly, painting, completion, inspection and flight testing of delivery aircraft.  This unique approach to production will provide Honda with a distinct advantage within the industry by allowing the company to create the highest quality aircraft possible within a totally integrated assembly and testing environment. 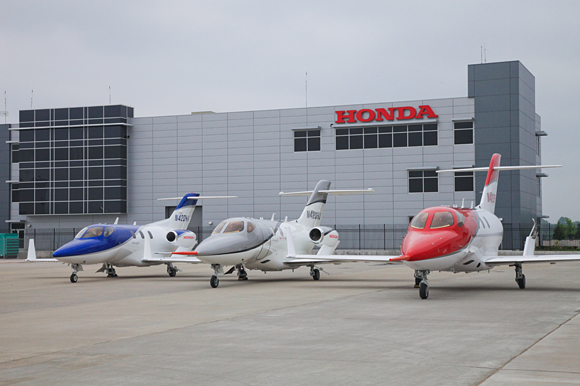 Honda Aircraft Company, Inc., a wholly owned subsidiary of Honda Motor Company, Ltd., has amassed orders for well over 100 HondaJet advanced light business jets.  Scheduled for first delivery in the third quarter of 2012, the $4.5 million HondaJet is Honda's first-ever commercial aircraft and lives up to the company's reputation for dynamic performance together with superior efficiency.