Honda's Paris motor show stand is packed with models that show the brand's current and future commitments to reducing the environmental impact of its vehicles. Paris sees a production and concept world debut and both demonstrate Honda's long-standing passion for and commitment to the Environment. 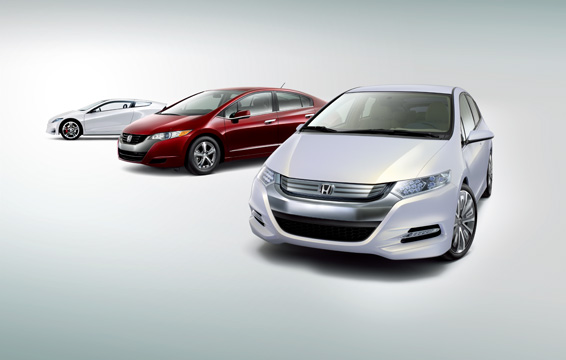 The two major debuts will be for the long awaited Insight Concept, which shows the direction of Honda's latest addition to its petrol electric hybrid line-up. Making its debut alongside the Insight Concept, will be the eagerly anticipated all-new Jazz, which brings even greater fuel economy and lower emissions than ever before to the astonishingly flexible B-segment hatch.

Pride of place on the Honda stand will go to the Insight Concept car, which heralds the return of a dedicated hybrid to the Honda model line-up. The Insight Concept is the start of a new phase of Honda's hybrid strategy, with it showing a glimpse of the first of three new hybrid models that will appear within the next four years. The Insight Concept shows a car which offers a practical and flexible family car that has ample space for both passenger and luggage as well as low emissions and excellent fuel economy.

A key part of the Insight Concept is to bring hybrid vehicles into a price bracket where a broader range of people can afford them. This strategy is driven by the company's desire to see the wide spread adoption of lower CO2 in order to bring about a meaningful reduction in overall CO2 output. The Insight Concept is the culmination of over 20 years of hybrid development and more than 35 years of lower impact petrol engine development, which started with the CVCC engine in 1972.

Visitors to Paris will also be able to see the full range of the Honda Jazz for the first time. Customers who visit the Honda stand will be able to see the 1.2, 1.4 and 1.4 i-SHIFT Automated Manual Transmission (AMT) models. Those who venture into the new generation of Honda's award winning 5-door hatchback will find it offers a tempting proposition for those looking to downsize to a more efficient vehicle. 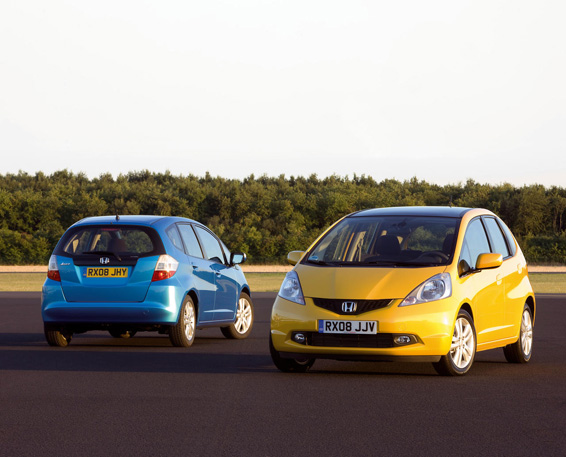 The new Jazz packs an incredible amount into a small package, with class leading luggage and interior space and the newly improved one-motion operation Magic Seats giving the car practicality only usually found in the segment above. With 399 liter of boot space even before the seats are folded, the latest small Honda, can easily cope with the huge range of tasks customers will utilise it for.

With the influx of new hybrid models due in the Honda line-up, the award winning Civic Hybrid hasn't been pushed aside. The 4-door sedan has been given a restyle as it continues to shatter sales targets across Europe. The fuel sipping family car will benefit from cosmetic changes, including tweaked front and rear lights, a more aggressive bumper and a new design of alloy wheel. 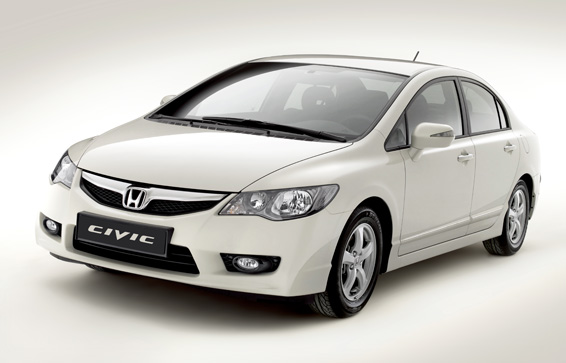 The changes to the Civic Hybrid will also carry across to the conventionally powered 1.8 liter 4-door Civic sold in selected regions across Europe. 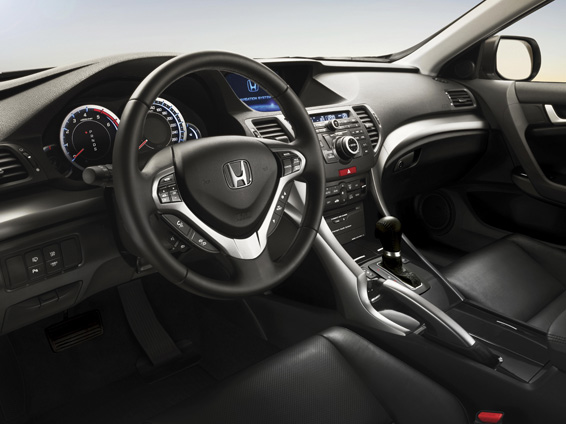 Paris will also see the debut of Honda's new automatic gearbox for the i-DTEC diesel engine. This new gearbox has been developed in response to European customer demands for an automatic option for the 2.2 liter diesel. The new gearbox has been developed exclusively for the i-DTEC turbodiesel, in order to compliment its flexibility and broader spread of torque. Honda's thorough approach to engineering would not allow the use of a third party gearbox, which might compromise the effectiveness of its newest engine.

The Paris stand will also see the CR-Z, a small sports concept car, which shows Honda's future direction of offering small petrol-electric hybrids across a number of niches, in order to broaden their appeal. The CR-Z will form the basis of a new small coupe hybrid that will join the growing Honda hybrid line-up and further broaden the appeal of low CO2 vehicles. The sporty 2+2 uses the split level glass rear window, which has been used through three decades in the CR-X, the original Insight coupe and more recently the Civic 3 and 5 door.

The French show will also play host to Honda's production fuel cell car, the FCX Clarity, which was delivered to the first customers in the US at the beginning of August. Early adopters who have seen the potential of a car that emits only water from its tailpipe include Actress and Environmental Campaigner Jamie Lee Curtis and Film Produicer Ron Yerxa. The FCX Clarity began production in Japan in July and the first lease customers in Honda's home country will receive their cars towards the end of this year.

The presence of the Civic, Insight Concept and CR-Z petrol electric hybrids alongside the FCX Clarity, gives an indication of Honda's vision of the future. The Japanese manufacturer sees the Hydrogen fuel cell as the zero-tailpipe emission solution for automobiles while the hybrid powertrain provides an excellent lower CO2 solution in the medium term, until the FCX Clarity becomes a mass produced vehicle.