GREENSBORO, N.C. – August 12th, 2019 – Honda Aircraft Company announced today that the HondaJet is the most delivered aircraft in its class for the first half of 2019, based on numbers provided by the General Aviation Manufacturers Association (GAMA). During the first six months of the year, 17 aircraft were delivered to customers around the world. 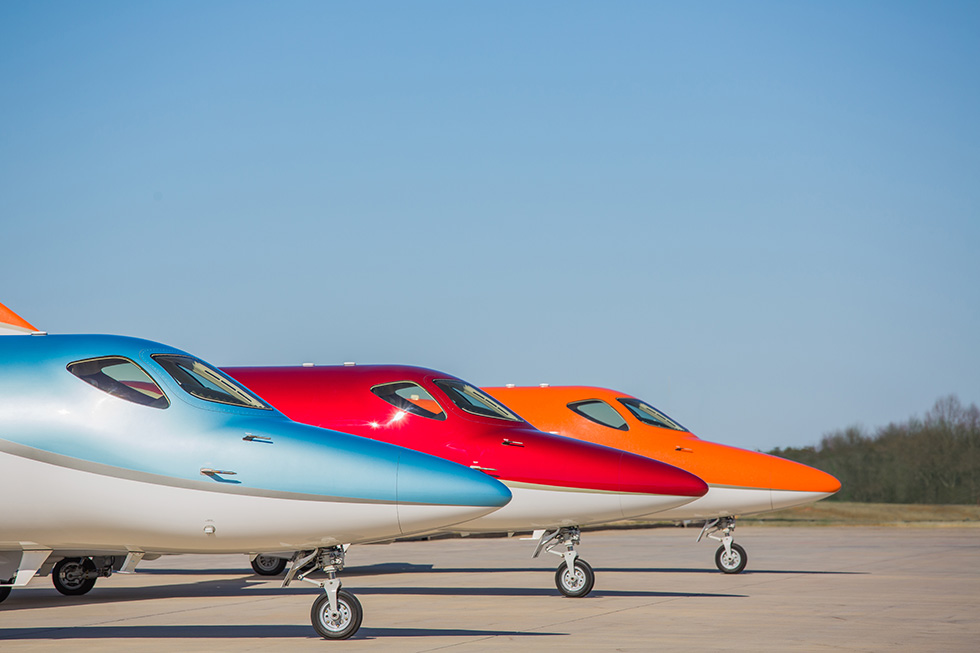 The most delivered aircraft in its class for over two years, the HondaJet continues to outperform its competitors in the very light jet sector as the company marks several milestones. Recently, the HondaJet became the first light jet to enter service in Hawaii as two HondaJet Elites were delivered to Wing Spirit, a newly-established company that will provide luxurious and convenient charter services with a fleet of 15 HondaJets. Additionally, Honda Aircraft broke ground on a new $15.5 million dollar, 83,000-square-foot production facility that will increase production efficiency at its North Carolina headquarters. The HondaJet Elite also received type certification from the Civil Aviation Administration of China (CAAC) this month.

“We are thrilled that the HondaJet continues to be the aircraft of choice of our customers, both future and current. Maintaining our position as the most delivered aircraft in our class is a reflection of our team’s dedication to the design, service and efficient production of the most competitive very light jet,” said Michimasa Fujino, president and CEO of Honda Aircraft Company.

The HondaJet Elite is the fastest, farthest and highest-flying plane in its class. The HondaJet Elite incorporates Honda Aircraft's many technological innovations, including the unique Over-The-Wing Engine Mount (OTWEM) configuration, Natural Laminar Flow (NLF) nose and wing and composite fuselage. These advancements contribute to the aircraft's superior performance, unparalleled efficiency and maximized fuselage space, making the aircraft's cabin the largest in its class. The HondaJet Elite cabin features a full service galley, a private lavatory with optional belted seat and an exclusive Bongiovi sound system. The aircraft sets the gold standard in safety and human-machine interface technology with an ergonomically designed cockpit and enhanced customized Garmin® G3000 avionics suite. Honda Aircraft continues to be committed to the improvement of lives through personal mobility while living in a sustainable society. The HondaJet Elite remains significantly more fuel efficient and emits less greenhouse gases than all other similarly sized twin-engine business jets. Certified for single pilot operation, the HondaJet Elite continues to live up to the company's reputation for superior performance, efficiency, quality and value.