TOKYO, March 28, 2018 - ANA HOLDINGS INC. (ANAHD) and Honda Aircraft Company announced today that they have signed a Memorandum of Understanding (MoU) for a strategic partnership supporting the expansion of the business jet market around the globe by using Honda Aircraft’s technologically advanced HondaJet. 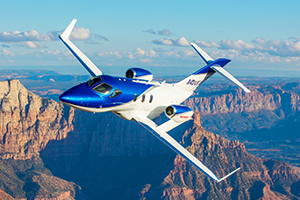 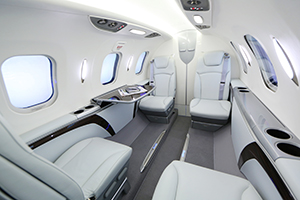 ANA, ANA HOLDINGS’ flagship carrier and largest airline in Japan, which currently operates about 260 commercial airplanes throughout the world, will introduce current business jet users and its commercial flight customers to the HondaJet by maximizing the utilization of the aircraft. ANA will use the HondaJet for its charter and feeder flights connecting them to the existing broad network at major travel hubs in North America and Europe.

Honda Aircraft will support various aspects of ANA’s feeder and charter flights, including working with global charter operators to provide exceptional coverage for ANA’s customers and establishing a framework for ground support functions at a variety of ANA’s transit locations.

“I am delighted that ANA has chosen the HondaJet to support their arranged feeder and charter flight operations,” said Honda Aircraft President and CEO Michimasa Fujino. “I am confident the HondaJet will meet and exceed their customers’ expectations with its unrivaled speed, efficiency, luxurious features and comfort. I’m looking forward to expanding the business jet market through the use of the HondaJet by ANA.”

ANA HOLDINGS INC. President and CEO, Shinya Katanozaka commented, “Through this strategic partnership and use of the HondaJet, ANA will create new demand to utilize business jets, in particular for travelers of various Japanese entities who value convenience and privacy in their overseas travel.”

ANA will continue to create premium value by introducing products and services that provide world class experiences to its valued customers.

About ANA
Following the “Inspiration of Japan” high quality of service, ANA has been awarded the respected 5-Star rating from SKYTRAX for six consecutive years starting in 2013. Additionally, ANA has been recognized by Air Transport World as “Airline of the Year” three times in the past 10 years - 2007, 2013 and 2018, becoming one of the few airlines winning this prestigious award for multiple times.
ANA was founded in 1952 with two helicopters and has become the largest airline in Japan, as well as one of the most significant airlines in Asia, operating 85 international routes and 116 domestic routes. ANA offers a unique dual hub model which enables passengers to travel to Tokyo and connect through the two airports in the metropolitan Tokyo, NARITA and HANEDA, to various destinations throughout Japan, and also offers same day connections between various North American, Asian and Chinese cities.
ANA has been a member of Star Alliance since 1999 and has joint venture partnerships with United Airlines, Lufthansa German Airlines, Swiss International Airlines and Austrian Airlines.
Besides the full service and award winner carrier ANA, the ANA Group has two LCCs as consolidated subsidiaries, Vanilla Air Inc. and Peach Aviation Limited. The ANA Group carried 52.1 million passengers in FY2016, has approximately 39,000 employees and a fleet of 260 aircraft. ANA is a proud launch customer and the biggest operator of the Boeing 787 Dreamliner.

About HondaJet
The HondaJet is the fastest, highest-flying, quietest, and most fuel-efficient jet in its class. The HondaJet incorporates many technological innovations in aviation design, including the unique Over-The-Wing Engine Mount (OTWEM) configuration that dramatically improves performance and fuel efficiency by reducing aerodynamic drag. The OTWEM design also reduces cabin noise, minimizes ground-detected noise, and allows for the roomiest cabin in its class, the largest baggage capacity, and a fully serviceable private aft lavatory. The HondaJet is equipped with the most sophisticated glass flight deck available in any light business jet, a Honda-customized Garmin® G3000. The HondaJet is Honda's first commercial aircraft and lives up to the company’s reputation for superior performance, efficiency, quality and value.