A Honda innovation, the new i-SRS airbag system features a spiral-shaped seam structure and gas release control valve to control airbag deployment and pressure for faster deployment, reduced occupant impact and a longer period of inflation and occupant protection. As a result, the new system accommodates a broad range of occupant positions and potential collision situations.

Honda first began fundamental airbag research in 1971, and in 1987 became the first to introduce a driver-side SRS airbag system in an automobile manufactured in Japan. In 1990, Honda was the first automaker to introduce a passenger-side SRS airbag system in a vehicle manufactured in Japan. In 1998, Honda introduced the world's first inflator with a two-stage deployment system, as well as an i-side airbag system with an occupant position detection sensor. Continuing its tradition of innovation, Honda continues to be a world leader in researching, developing and introducing new automobile safety technologies. 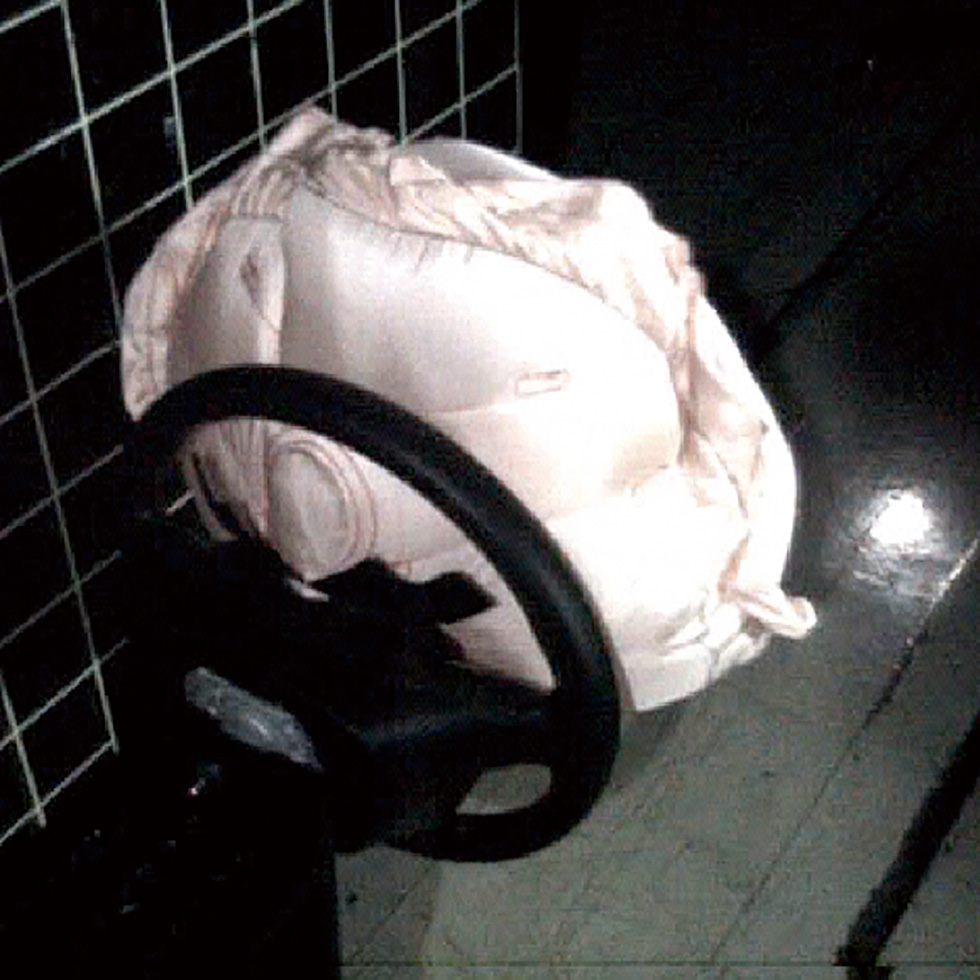 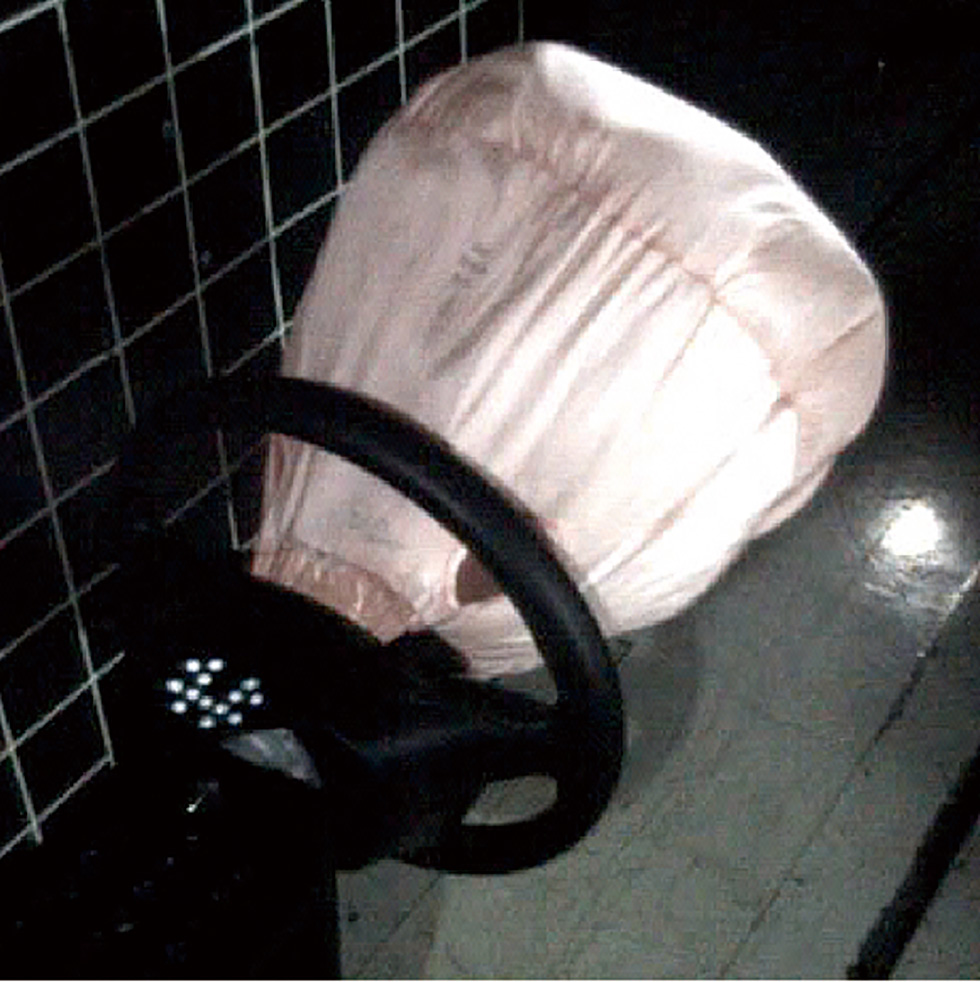 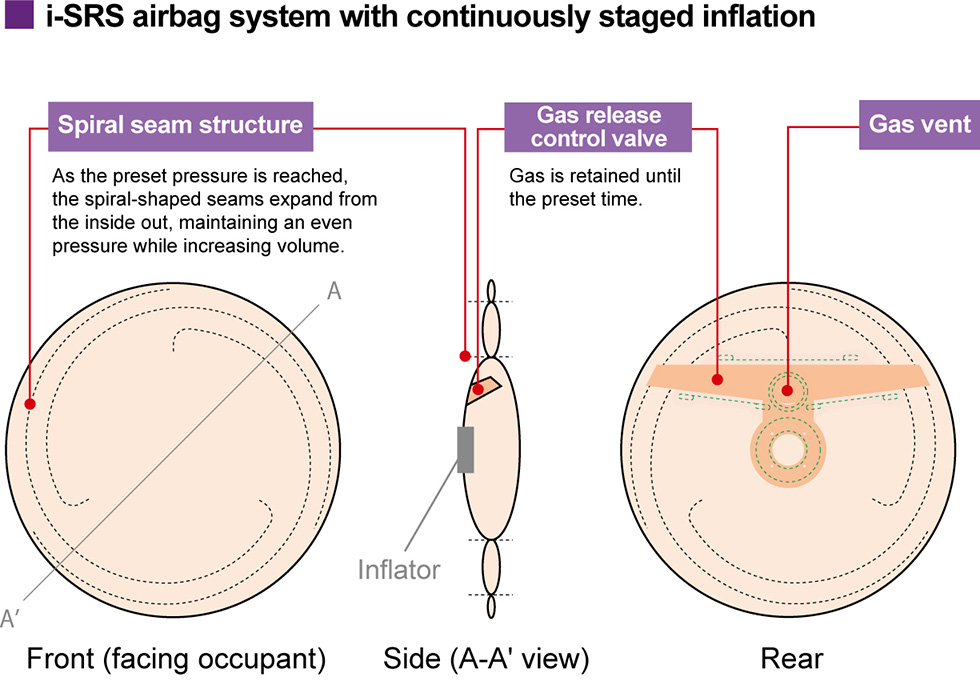 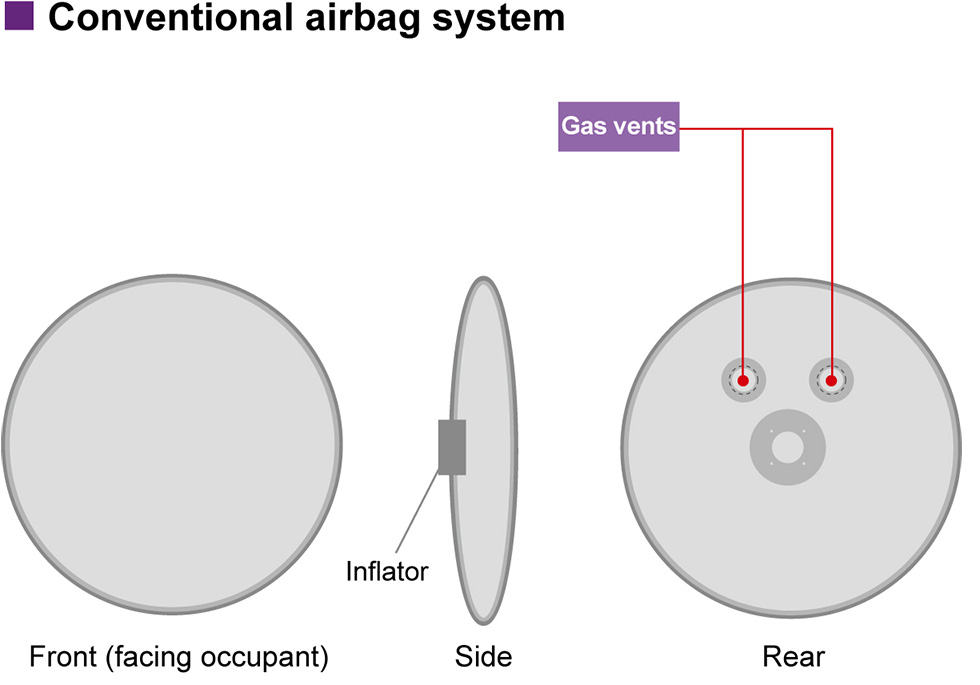 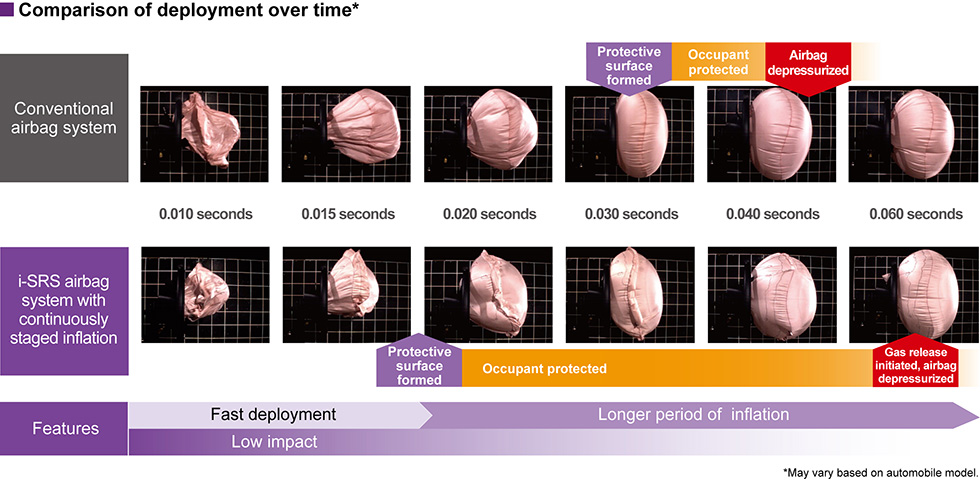 Since the system can pressurize the airbag faster, it can begin to protect the driver sooner. The spiral structure of the airbag allows the protective surface to be formed at a lower overall airbag volume, thereby providing protection faster than was previously possible.

Longer period of inflation and protection

By minimizing the degree of protrusion into occupant space and lowering the gas output of the inflator, the new system reduces impact on the driver. Unique spiral seams within the airbag help reduce the degree of airbag protrusion and impact on driver. From the moment of deployment until the preset moment of deflation, the gas control valve prevents the release of gas. This efficient use of gas allows for reduced inflator output and reduced occupant impact.