TOKYO, Japan, September 4, 2008 - The new Legend, which goes on sale in Japan on Friday, September 5, 2008, will be the first Honda automobile released in Japan to feature Motion Adaptive Electric Power Steering (EPS), a new driving stability technology which initiates steering inputs that prompt the driver to steer in the correct direction during cornering and in slippery road conditions. Motion Adaptive EPS is also planned for implementation on other models such as the new Odyssey and the new Accord series, both scheduled for release in Japan in the near future. 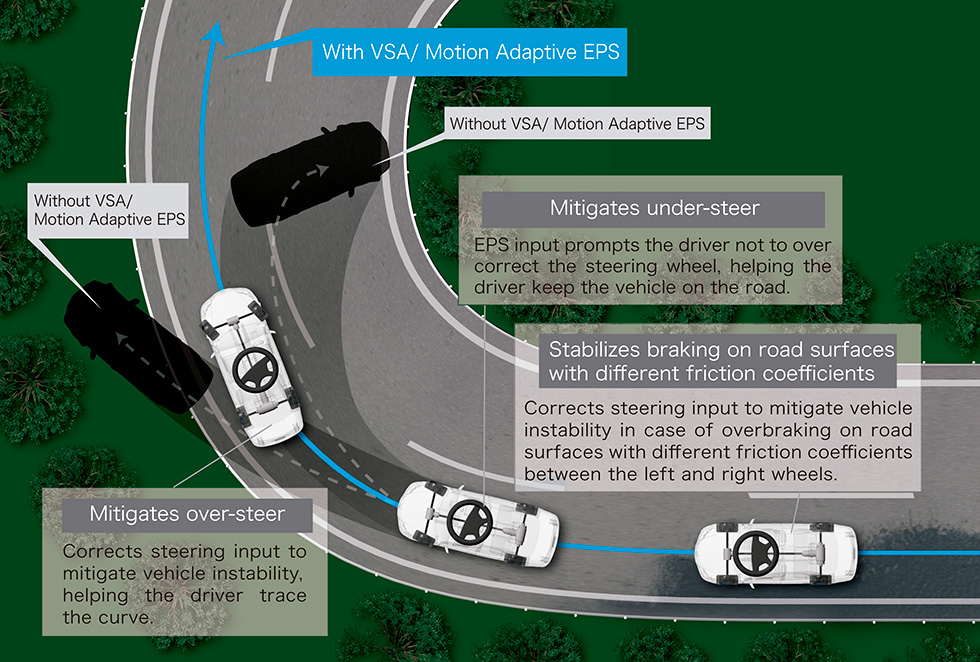