This year the CBR1000RR super sports bike, popular for its high performance and stylish design, has undergone a full model change, featuring the latest in advanced technologies honed in Honda’s MotoGP (FIM* Road Racing World Championship Grand Prix) machines. The engine and frame construction have been changed along with the fairing design for weight reduction and greater concentration of mass.

Also sporting a makeover this year is the XL700V Transalp, the dual-purpose sports model fitted with a 2-cylinder, V-twin engine that delivers powerful low- to mid-range torque for outstanding performance in all riding conditions. The Transalp’s engine displacement has been increased from 650cc to 700cc for improved acceleration, and the headlight redesigned for a more aggressive look.

The CBF600 sports model, popular for its nimble handling, has been given a further boost in performance with a more compact, lightweight engine with enhanced output in an all-new aluminum die-cast, mono-backbone frame. Honda also announced that for the first time, the CBF600 will feature the ease of operation and superior performance of Honda’s CBS (Combined Brake System), which works in synergy with ABS (Anti-lock Braking System) to ensure outstanding braking control for a safer, more stable ride.
* Fédération Internationale de Motocyclisme 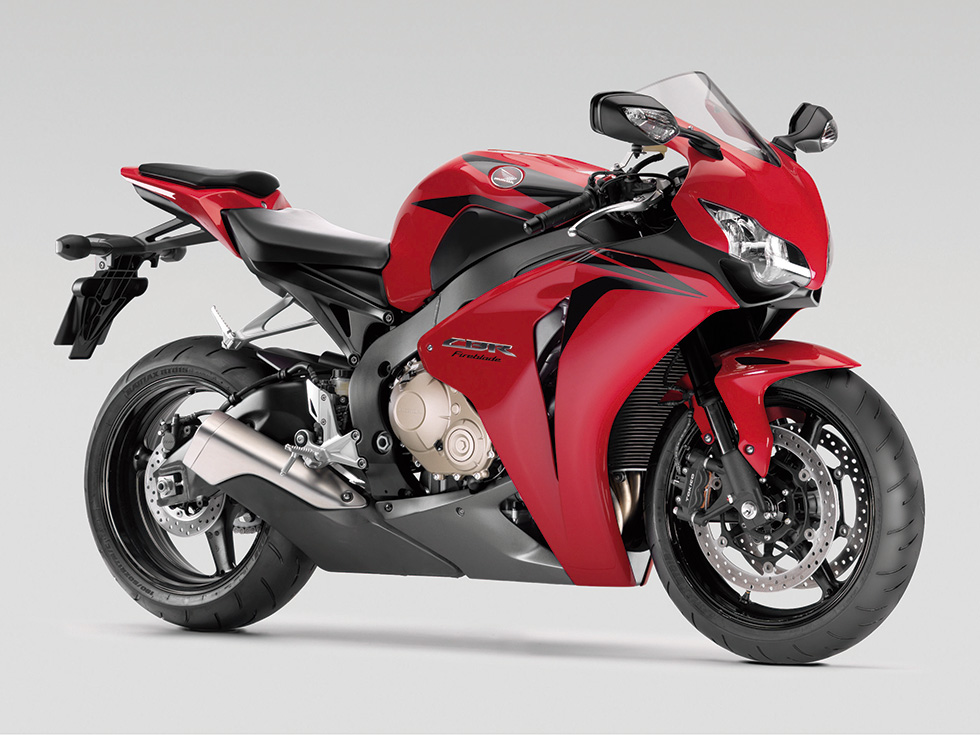 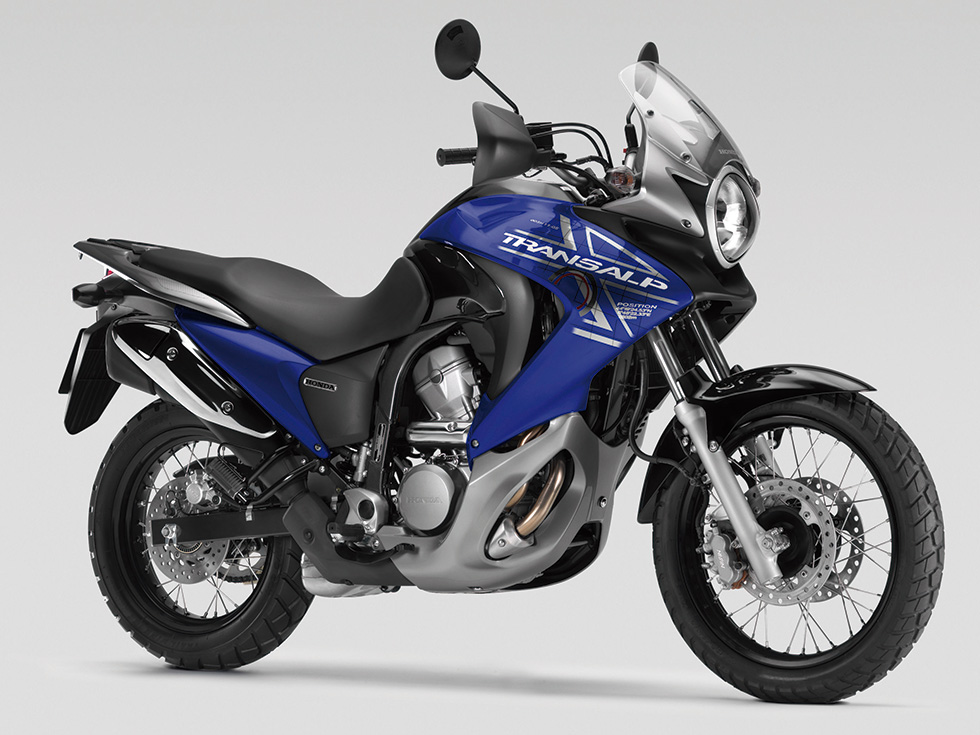 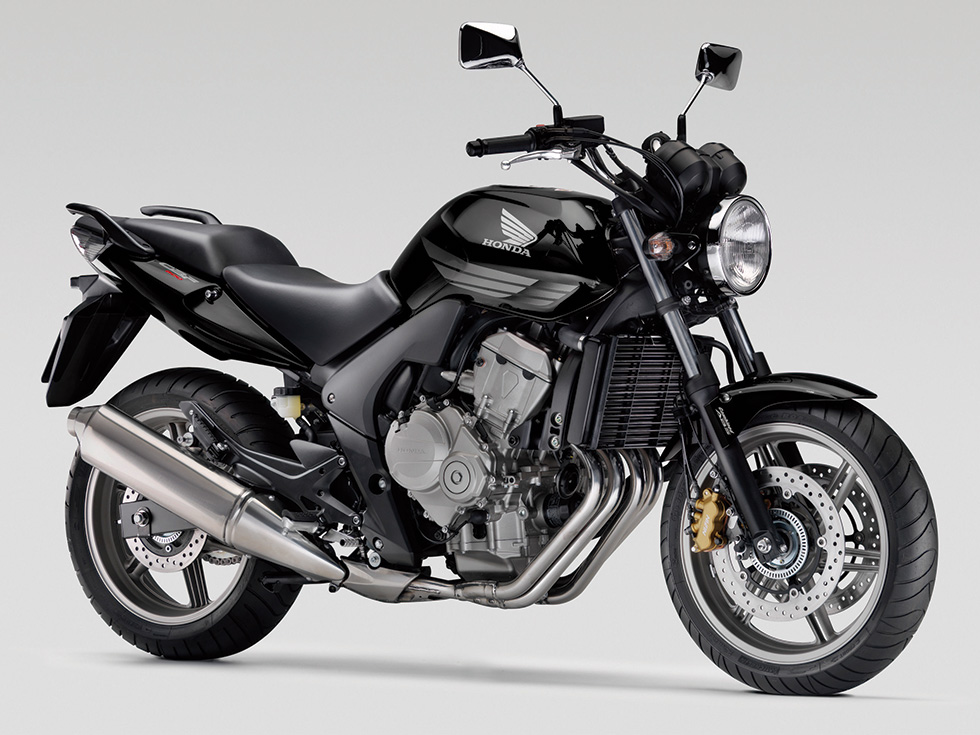 This super sports model features a water-cooled, high-output 4-stroke, in-line 4-cylinder 1,000cc engine. For the new 2008 model, the number of components has been reduced to make the bike more compact, and the new lightweight, die-cast aluminum frame provides a smooth ride with just the right amount of rigidity. These and other modifications succeed in reducing overall vehicle weight by 4kg*compared to the previous model. The rear swingarm has also been lengthened for improved road holding and increased rigidity, and a gull arm design adopted to secure greater freedom for muffler layout. The exhaust system is positioned under the pillion step to bring it closer to the bike's center of gravity, with a short muffler that further contributes to the concentration of mass. This painstaking attention is to detail results in a highly sophisticated design. Other features that add to the bike appeal the motorcycle include the newly developed assist slipper clutch for easier clutch operation and an enhanced feeling of rider security thanks to the mitigation of abrupt engine braking during downshifting. The new model's styling features compact front and rear fairing designed to present an image of extreme compactness, combined with mirrors with built-in turn signals to achieve a cool, aggressive look. Manufactured at Honda's Hamamatsu Factory in Japan, it will be released successively in European markets.
* Correction: October 5, 2007

The Transalp is a dual-purpose sports model with a water-cooled, 4-stroke, 700cc V-twin engine. For the new model, engine displacement has been increased from 650cc to 700cc and the bike newly fitted with Programmed Fuel Injection system (PGM-FI), for improved midrange output combined with the environmental performance required to comply with Euro 3 regulations. Other performance improvements include a new ABS system and a smaller 19-inch front wheel with a wider 100mm tire as well as a wider 130mm rear tire* for enhanced riding stability. New large headlight and distinctive new turn signal units replacing the built-in signals along with a newly designed chassis present a more intrepid look, set off with sportier styling around the front side fairing. Manufactured at Montesa Honda S.A., a local manufacturing subsidiary established by Honda in Spain which began operations in 1986, the XL700V Transalp will be released successively in European markets.
* Correction: October 5, 2007

Equipped with a water-cooled, 4-stroke, 600cc in-line 4-cylinder engine in a monobackbone frame, the CBF600 sports model is acclaimed for its nimble handling. To improve both performance and practicality, this year's model has been fitted with a more compact, higher-output engine based on the one used in the 2007 CBR600RR and CB600F Hornet, both of which were fully remodeled last year. New features including Programmed Fuel Injection system (PGM-FI) for precise fuel control and a lightweight, aluminum diecast frame help deliver superior ride performance and outstanding environmental performance. Comfort enhancements include an adjustable front suspension that allows the rider to choose the setting that best suits his or her own preferences and a newly configured Combined ABS (Anti-lock Braking System) featuring Honda's CBS front-rear brake-force distribution system for a more secure braking feel. Manufactured by Honda Italia Industriale S.P.A., Honda's Italian motorcycle and power products manufacturing and sales subsidiary, the CBF600 will be made available successively in European markets.