The CR125R and CR250R models, custom built for motocross competition in Japan and around the world, make extensive use of technologies forged in the harsh crucible of racing.
The CR125R features a completely redesigned engine, with enhanced drivability and power output at all speeds, but especially in the mid to high end. Major improvements to the cooling system deliver increased stability and durability. The transmission has also been completely reworked right down to the shift fork shaft and shift forks to achieve greater operability. The lightweight suspension ensures nimble handling and a more comfortable ride.

The CR250R’s engine has been partially modified and refined for improved drivability and better power output characteristics in the low to mid speed ranges. The comprehensively redesigned the transmission delivers an improved shift feel. Improvements to the suspension include a different front fork axle offset and weight reduction, to achieve more nimble handling and enhanced stability. 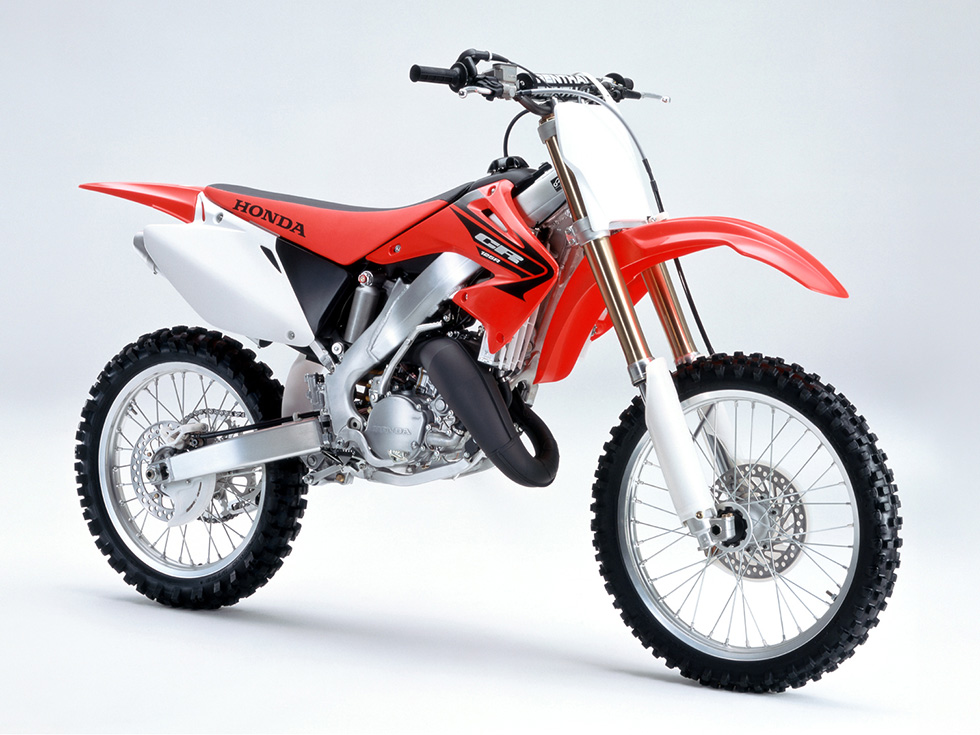