December 16, 2003--Honda Motor Co., Ltd. announced today that the HondaJet, its new experimental compact business jet equipped with Honda-developed HF118 jet engines, successfully completed initial flight tests this month at Piedmont Triad Airport in North Carolina, US.
Compared with conventional jets, this experimental aircraft offers superior fuel efficiency and remarkable cabin space. The engines are optimally positioned on the upper surface of the main wing in a unique configuration that reduces drag at high speeds and increases cruising efficiency. This layout also eliminates the need for structural engine mounts in the fuselage, creating over 30% more cabin space than in a conventional aircraft.

The fuselage is a compact and lightweight co-cured carbon composite structure, yet realizes the largest cabin in its class. The main wing, which features aluminum skin panels formed from single sheets of aluminum that provide a smoother surface than conventional wing configurations, along with Honda's proprietary turbulence-reducing laminar airfoil, work together to significantly improve aerodynamic performance. Additional drag-reducing technologies include the fuselage nose, which is designed to generate laminar flow. These features, in combination with Honda's fuel-efficient HF118 Turbofan Engine, achieve fuel efficiency over 40% higher than conventional aircraft. 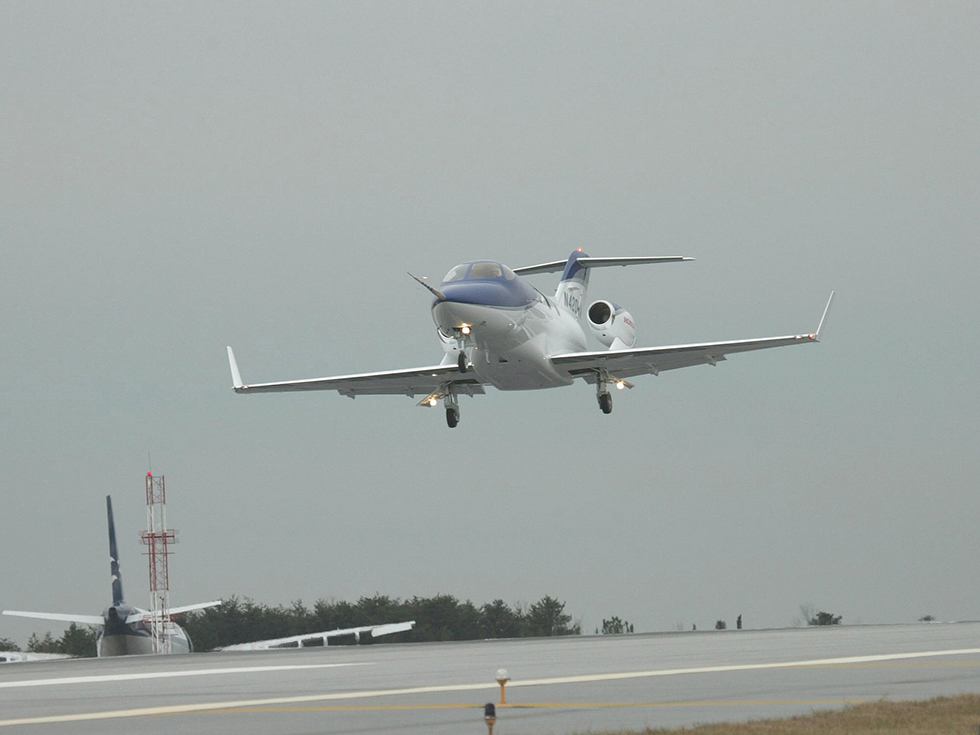 The HondaJet taking off

This experimental aircraft is also fitted with a state-of-the-art glass cockpit with an integrated avionics system, as well as an autopilot function, anti-icing equipment, and other systems. The jet is scheduled to undergo approximately 200 hours of flight-testing to demonstrate and verify the operability and performance characteristics of its various systems.

Honda began research into compact business jets in 1986, using engines provided by other manufacturers. The HF118 Turbofan Engine-equipped HondaJet experimental compact jet is the first Honda-developed aircraft to be outfitted with a Honda engine, a significant milestone for the company and the industry.

< New Technologies Employed in the HondaJet > 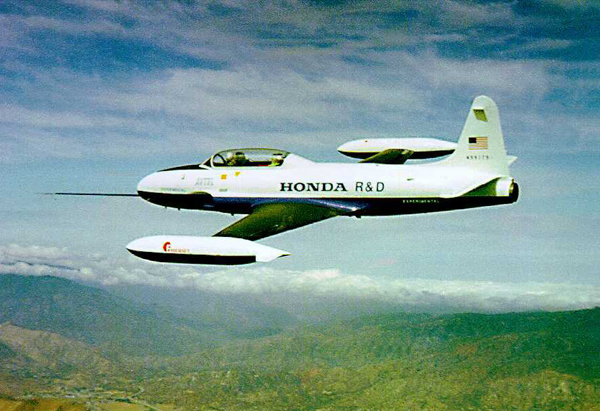 The optimal design of the fuselage nose generates a laminar flow that reduces drag on the fuselage. 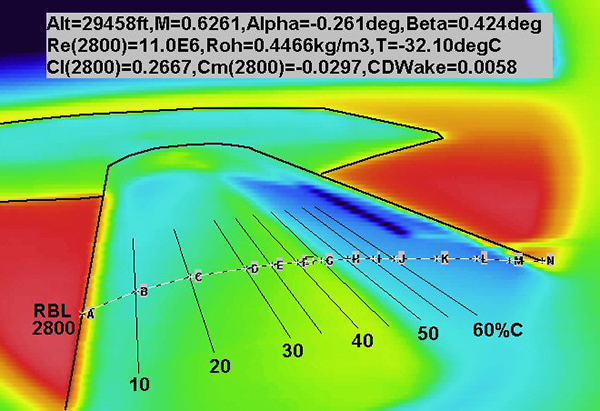 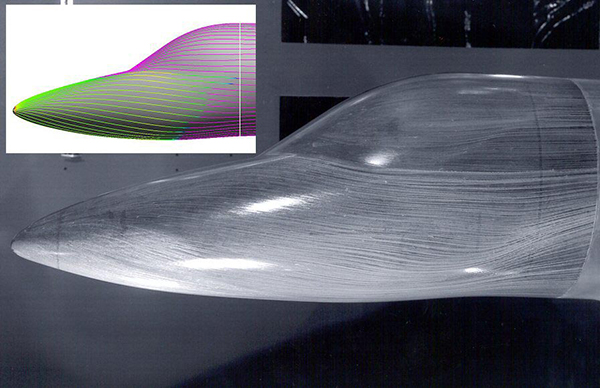 Optimal placement of the engine nacelles over the main wing improves aerodynamic performance at high speeds. 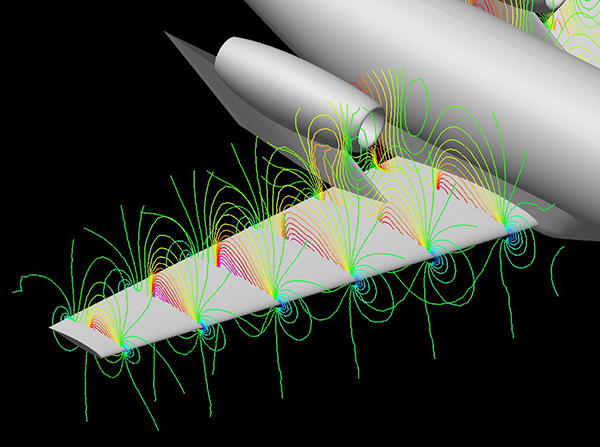 The co-cured composite and honeycomb sandwich structure combine to create a new composite structure that has enabled Honda to develop a lightweight fuselage with more interior space. 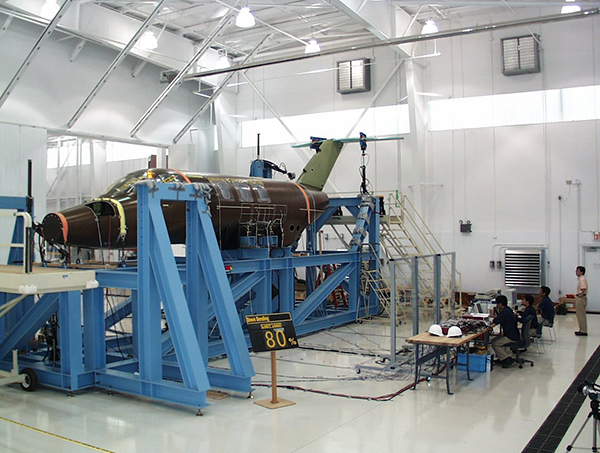 The use of an integrally stiffened skin produces a smooth wing surface that promotes laminar flow. 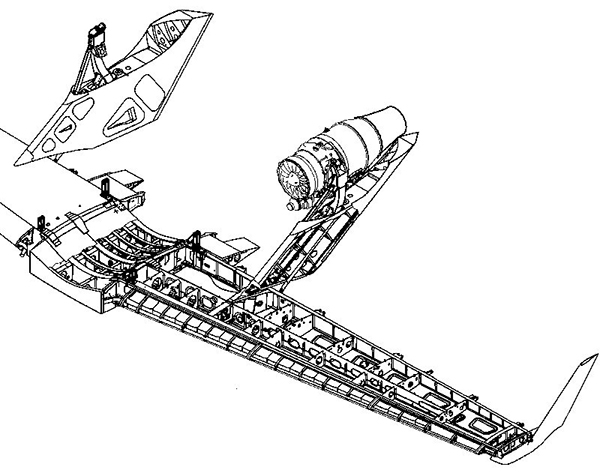 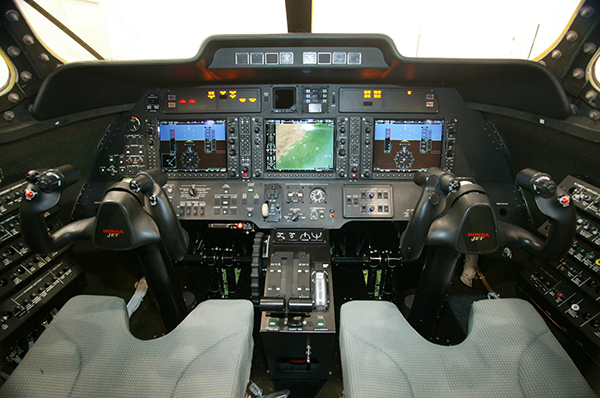 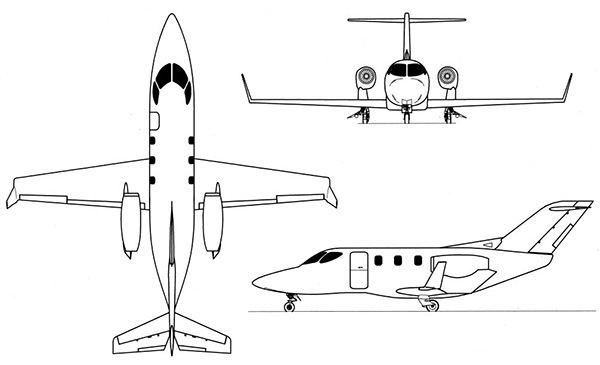 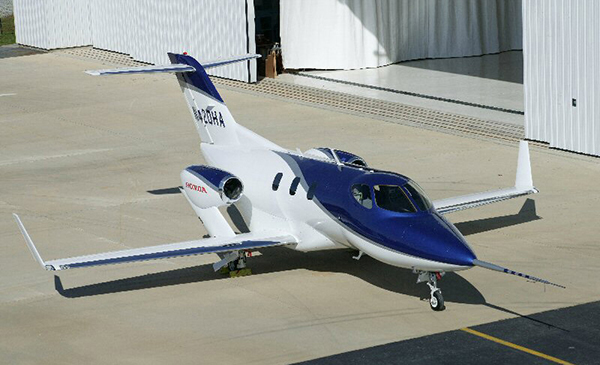 The HondaJet on the ground