December 17, 2002—Honda Motor Co., Ltd. has announced that total production of its Super Cub has reached 35 million units in the 44 years and three months since it first went on sale in August 1958.

The first-generation Super Cub, developed under the direction of company founder Soichiro Honda, was designed to be a new type of versatile scooter that anyone could ride with ease. At a time when 2-stroke engines were the norm, the Super Cub was fitted with a revolutionary, high-performance 50cc 4-stroke engine that offered superb economy and durability. The creative design also featured a low-floor backbone frame for easy mounting and dismounting, large plastic leg shields to protect riders’ legs from dirt and wind, and other innovations.

Since then the Super Cub has undergone many improvements, resulting in remarkable increases in both driving performance and fuel economy, but the basic design and concepts remain unchanged. Its original styling has made it the scooter of choice for business use—in fact, the name “Cub” has become synonymous with working scooters.

The Super Cub was first exported to the U.S. in 1959, and since then has been popular with customers in more than 160 countries worldwide. Currently manufactured in fourteen countries centered in the expanding motorcycle market of South-East Asia, the Super Cub is a practical scooter that enjoys a strong reputation around the world. 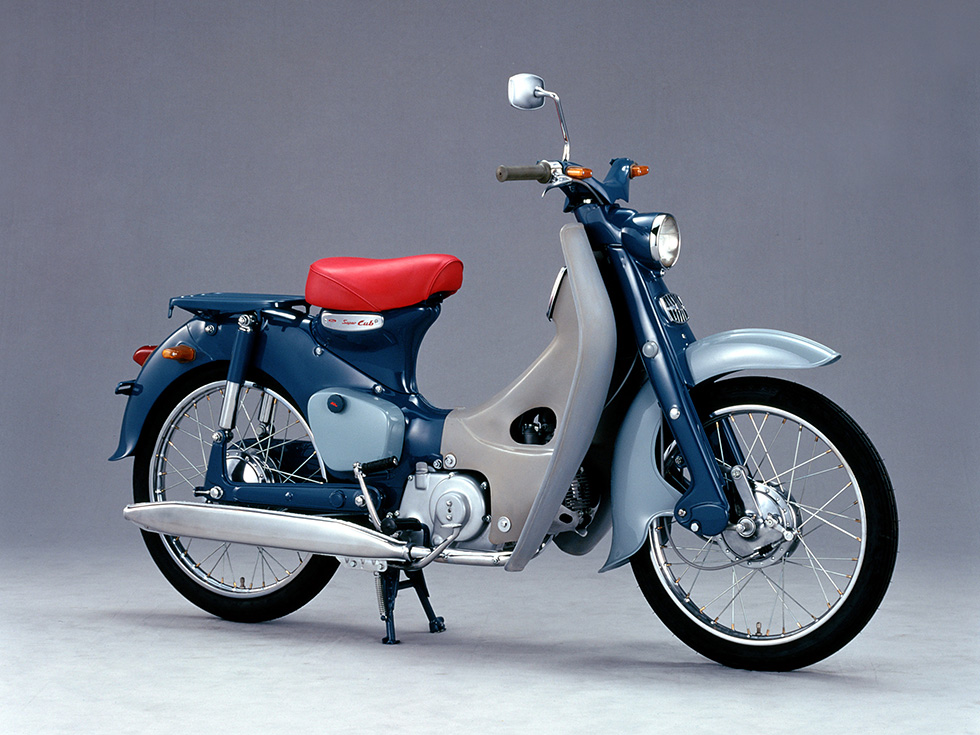 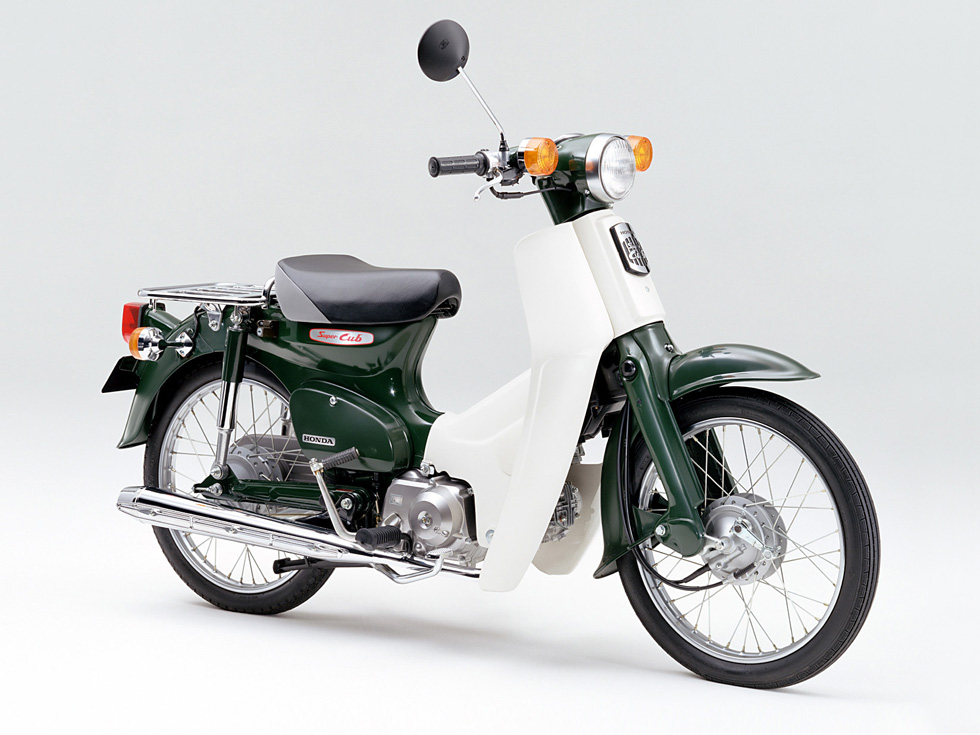