With half a month left before the 2020 edition of the Dakar Rally gets underway, today saw the definitive presentation of the race at the Arab World Institute in Paris, an apt setting given that the entire race will take place in the Middle East, with Saudi Arabia as the sole host country.

The venue chosen for the official presentation, a cultural center dedicated to the Arab world, hosted a selection of some of the riders and most of the team managers involved, amongst which featured the Monster Energy Honda Team, represented by General Manager Ruben Faria. The 2020 Dakar Rally, the 42th edition of the world’s most exciting yet most arduous off-road race, will be held from January 5-17 on Saudi Arabian terrain.

Rally Director, David Castera, gave an impassioned presentation of this new chapter in Dakar Rally history. The images exhibited by the organizers show an intriguing route that will cover many terrain types, included some unchartered desert regions in the south east of the country.

A total of some 7800 kilometers await the competitors who will get the race underway from Jeddah, on the banks of the Red Sea, until they arrive at entertainment megaproject Al-Qiddiya, after a rest day in the capital Riyadh. Riders will have to tackle over 400 kilometers of timed special on seven different stages, the longest of which clocks up 546 kilometers on day seven. The rally will thus include some 5100 kilometers against the clock and 2750 of liaison sections, with 75 percent of the entire race battled out in the sand. Among some of the new features unveiled today, were the Super Marathon stage, where riders will be unable to receive outside mechanical assistance, not even from their own team-mates and one Marathon stage in the second week of competition. The new color roadbook, after being tested and approved at the recent Rallye du Maroc, will now make its official debut. For some stages the roadbooks will be issued just minutes prior to the start of the competition.

Among the 351 vehicles taking part in the 42nd edition of the Dakar, will be the Monster Energy Honda Team’s five Honda CRF450 RALLY bikes entrusted to the five official factory rider entrants in the race: Kevin Benavides, Ricky Brabec, José Ignacio Cornejo, Aaron Maré and Joan Barreda, who, with a tenth appearance at the odyssey, acquires the status of ‘Dakar Legend.’

The vehicles set to take part in the 2020 Dakar Rally will undergo verifications at the Paul Ricard circuit in the south east of France before embarking at the port of Marseilles on December 4. The equipment will be collected from the port of Jeddah on the Red Sea ahead of the race-start scheduled for January 5. 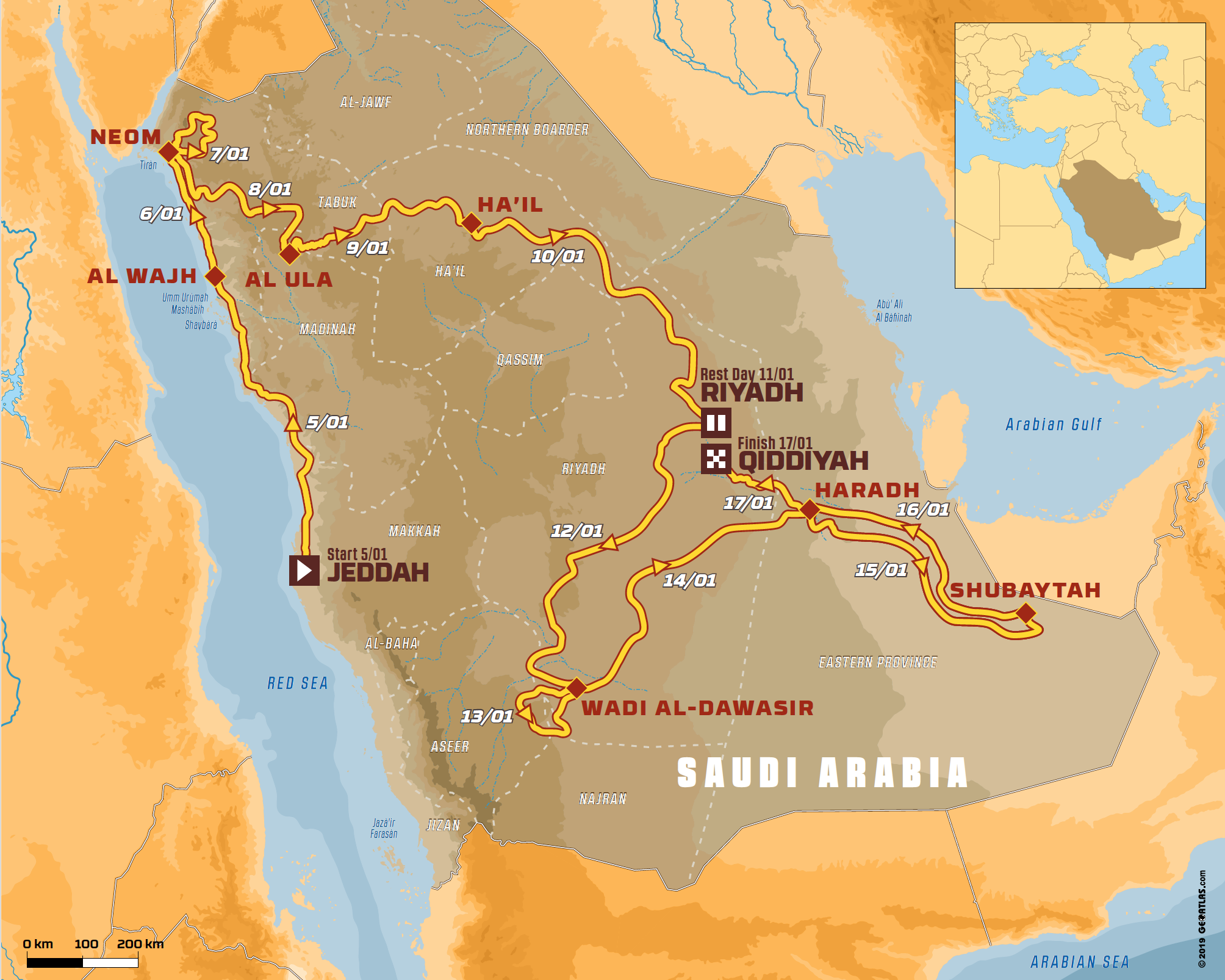