In addition to racing in the 125cc class, in 1960 Honda began participating in the 250cc class with the RC161. The following year, Honda won the constructors’ title with the RC162, winning 10 grands prix, including Kunimitsu Takahashi’s first victory. In 1962 the RC162 won 9 races, and in 1963 the RC164 won 4, giving Honda the title 3 years straight. In 1964 and 1965, Honda was not as successful, missing the title for two consecutive years. In 1966, Honda was determined to win the championship in all classes (5 at the time), which it succeeded in doing. The 6-cylinder RC166, raced in the 250cc class, was the most impressive of all, claiming 8 straight victories from Round 1 (Spanish Grand Prix) to Round 8 (Finnish Grand Prix) with Mike Hailwood riding. From Round 10 (Isle of Man TT) Honda introduced the more-powerful RC166, an extremely high-revving 4-stroke machine that Honda attempted to stem the tide of 2-stroke machines with. The RC166 realized a maximum output of over 60PS/18,000rpm and a maximum torque exceeding 2.36kgm/17,000rpm. In addition to racing with a machine vastly improved from the previous season, Honda chose Mike Hailwood, winner of the 1961 Isle of Man TT giving Honda its first victory, to ride. Hailwood went on to win all 10 grands prix he raced in, giving Honda the riders' and constructors' titles. Even in the following year, when Honda scaled-back its activities, the RC166 underwent minor modifications to continue racing with Hailwood riding. The 1967 season was completely different to the preceding year though, with Honda fighting a close battle for the championship. The season ended with Hailwood victorious in 5 races, and Ralph Bryans winning 2, giving Honda a total of 7 wins for a back-to-back championship title. 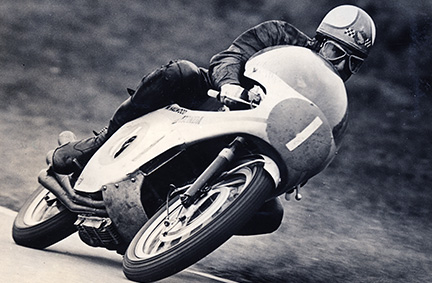 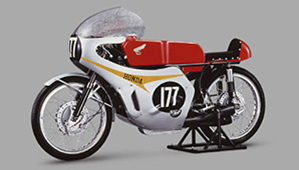 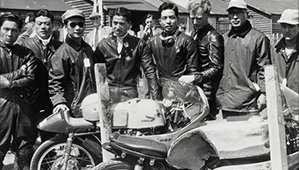 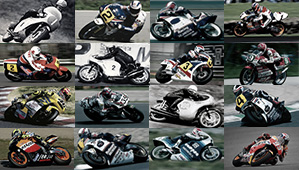