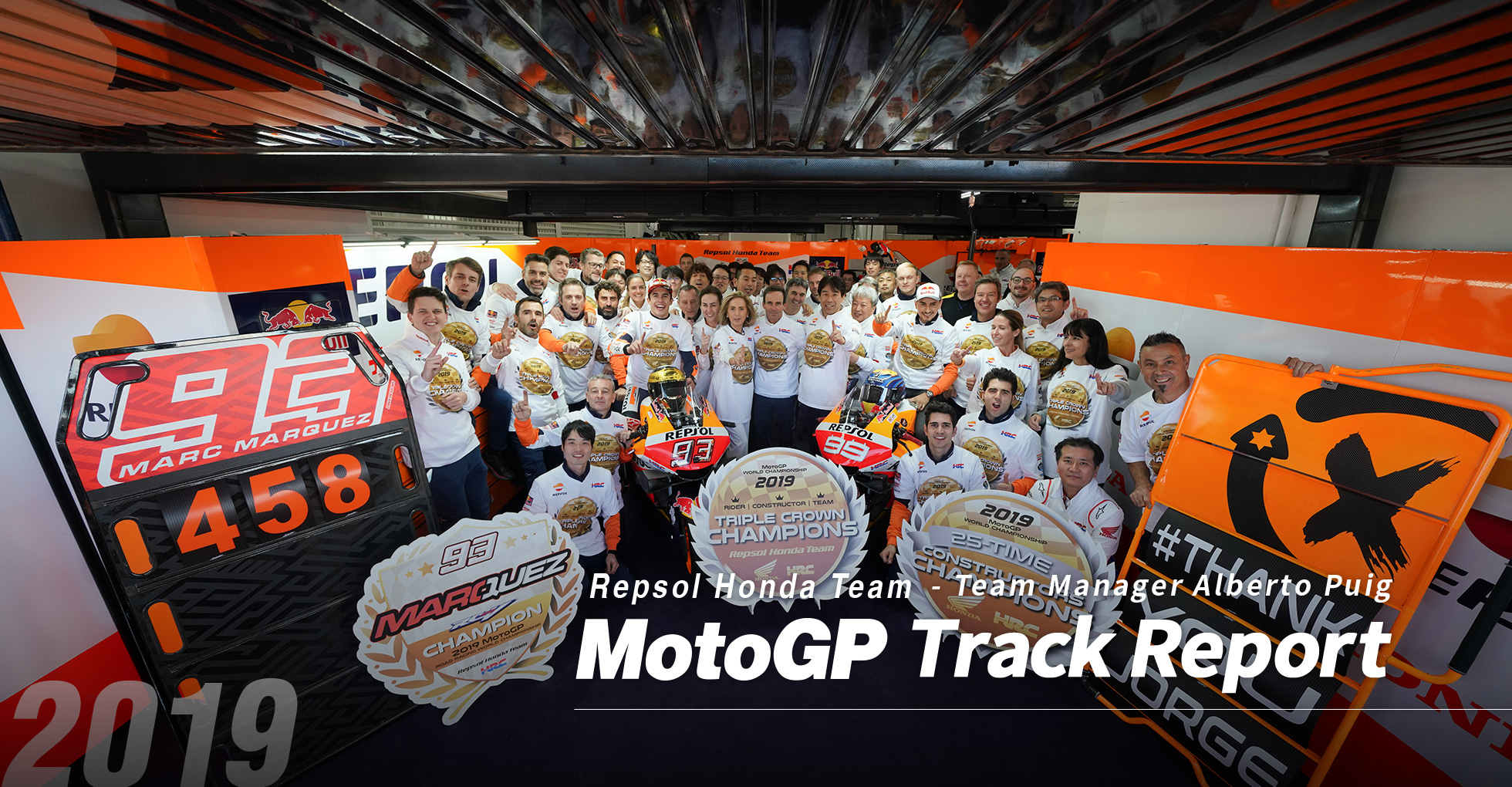 What was the strategy for the Valencia race?

The strategy of the race was to try and start well and then control the race from the front as in some previous rounds. This is a track where if you're behind, it's not easy. Marquez didn't have the best start but he managed the first two laps very well and made up a lot of places. From here he was able to get into the lead and control the race, building an advantage ahead of his rivals behind.

Marc's strategy was to win the race, he wasn't thinking about the Team Championship, but this was obviously a welcome addition with the win. He was determined to win the last race of the year. It was a very important achievement for him after such a strong and impressive season as he had.

Today everything was a positive. Marc won the race, the Repsol Honda Team won the Triple Crown and it was the last race for Jorge Lorenzo, with a lot of positive feelings and an atmosphere of celebration and joy from everyone in the team. Everyone was happy and respected the way in which Jorge decided to stop, the way he has thanked Honda for the support. Even though it was sad for Jorge, it was a nice way to end his great career and there was a good feeling inside the box throughout the weekend. It was a very nice moment for everyone in the team and it has been a pleasure to watch him.

The view from pit wall during the race?

It was very exciting to watch this race from pit wall. Of course, we had two different emotions running through us but it was a perfect end to take the Team Championship. It was overall a very emotional day for the Repsol Honda Team.

Inside story apart from official comments?

Now we start a new season. In this company we keep working to achieve the maximum results we can, the maximum number of victories possible in the next year. We are very pleased with what Marc did this year and are happy to start again this week to be ready to fight once more.