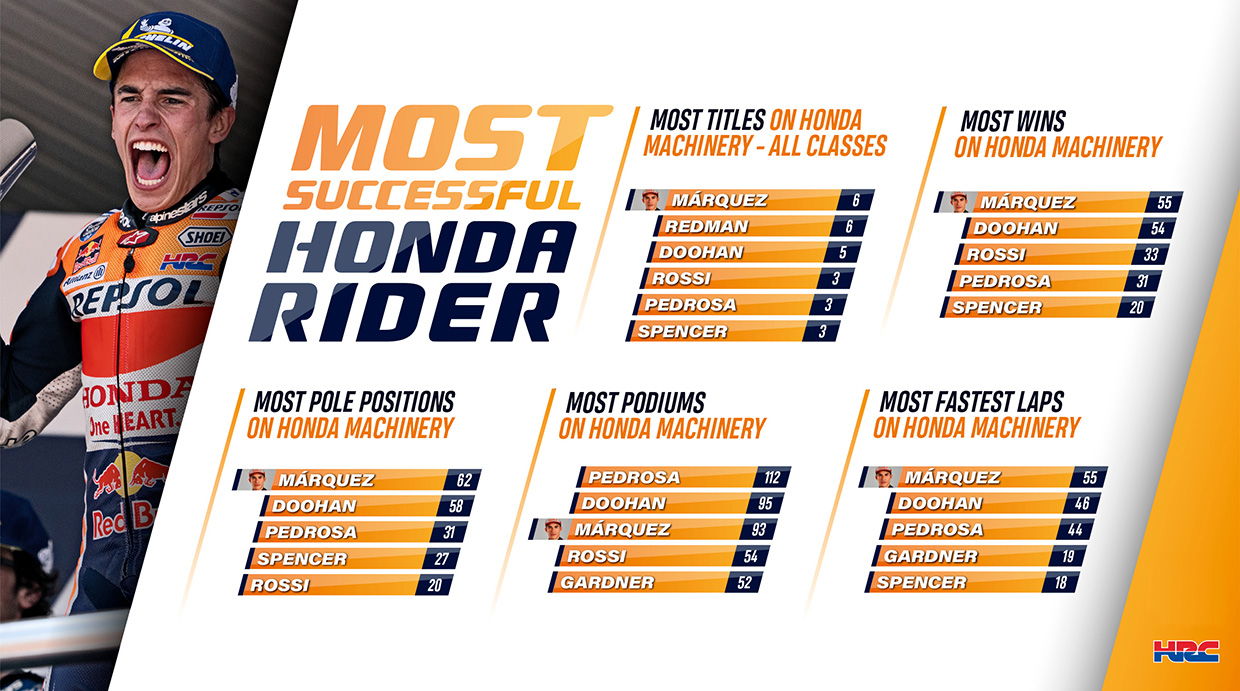 A hard-fought victory at the Australian Grand Prix cemented yet another record for eight-time World Champion Marc Marquez as he becomes Honda's most successful rider in history.

Since 1998, Australia's Mick Doohan has held the honor of being Honda's most successful rider after taking his 54th win at the Argentine Grand Prix as he celebrated his fifth straight premier class title on the NSR500. Doohan's records and results stood as the standard for Honda riders for almost two decades after the Australian surpassed the feats of Freddie Spencer from the 80s.

Like Mick Doohan, all of Marquez's wins have come in the premier class. His first victory in 2013 at Austin saw him beat fellow Honda legend Freddie Spencer's 30-year old record as the youngest premier class Grand Prix winner. From his 125 premier class starts, Marc Marquez has taken to the top step of the podium 55 times and has finished on the podium in 75 percent of races since his 2013 MotoGP debut. Only Valentino Rossi (89) and Giacomo Agostini (68) have more premier class victories to their names than the 26-year-old from Cervera.

2019 has also seen Honda take their 300th premier class win, Marc Marquez taking victory in France, continuing the story of Honda's premier class success which began in 1966 with Jim Redman, who won a total of 45 races for Honda.