AUSTIN, Texas (Feb. 12, 2020) – Alexander Rossi led the way for Honda during a weather-interrupted NTT INDYCAR SERIES “Spring Training" test this week at the Circuit of the Americas, posting the second-fastest overall lap time on Wednesday afternoon to head the 13-driver Honda field. 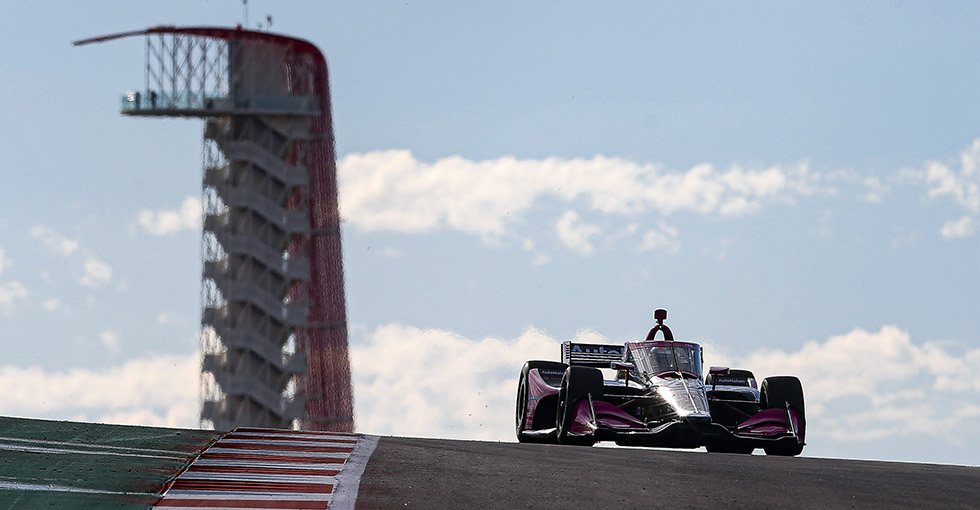 Cold temperatures and persistent showers severely limited track time for all competitors on Tuesday, opening day of the two-day event, with only a handful of drivers venturing out for brief “installation" laps.  But conditions improved on Wednesday, with morning showers giving way to dry conditions and warming temperatures as the day progressed.  As a result, the session was extended to 6 p.m. CST and nearly all of the 27 drivers in attendance made at least one “sticker tire" run in the closing hours.

At the end of a frenetic afternoon of experimentation and simulated qualifying runs, Andretti Autosport's Rossi ended the test second-fastest overall, just over two-tenths of a second behind pace setter Will Power.  Colton Herta, who led the way at last year's Spring Training before scoring his first series win here, ended the test fifth overall in his Andretti Autosport Honda.

"It was obviously great to finally get back on track. It's been a long offseason. The waiting around for weather was hard, but I think the team did a good job. We got through a lot of our run plan with no dramas, despite the delays. The Aeroscreen was tentatively less dramatic than everyone was expecting it to be, and didn't have any real issues until some slight, reflection issues at the end [of the test], which we should be able to rectify. So that was positive. We worked through a good test list and found a pretty decent place in adapting the car with the 2020 needs within a half day. Generally, I'm pretty happy."